Magu Has Been Released: What We Learned From His Arrest And Release

By ApostlePaul5 (self media writer) | 2 years ago

The embattled former chairman of the Economic And Financial Crimes Commission ( EFCC), Ibrahim Magu was released on Wednesday evening. His released came as a surprise to Nigerians who were not expecting his release, considering the level of allegations against him. 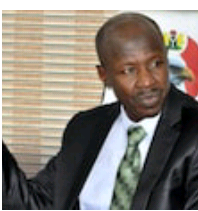 According to Premium Times who first reported the news of his release, noted that Magu, through his lawyer wrote to the Inspector-General of Police ( IGP) to release him but the IGP told him that he was not being detained by the police, that he should talk to the Presidential Panel.

He was released this evening after spending 10 days in detention. He was accused of multiple corruption, misusing of public office for his personal gain, and unable to account for what was handed over to him, including reselling, looting what was recovered by the commission.

1.We all know how huge the allegations levelled against is, so he won't be heading the commission again.

2. He ought to have been released according to the constitution of Nigeria.

3. What happened to him is more like a Karma, though there is no Karma in the Constitution of the Federal Republic of Nigeria.

4. Is he guilty as alleged, if yes the court will decide?

5. He hasn't been charged to court yet.

6. We are expecting him to be charged to court with immediate effect.

Content created and supplied by: ApostlePaul5 (via Opera News )