PHOTOS: Father sends his three children to scavenge at refuse dump in order to eat

By Osfem (self media writer) | 2 years ago

A father is currently in trouble in Kaduna State for sending his three male children to scavenge for scraps at refuse dumps so as to use the proceeds of what they sell to feed the family. 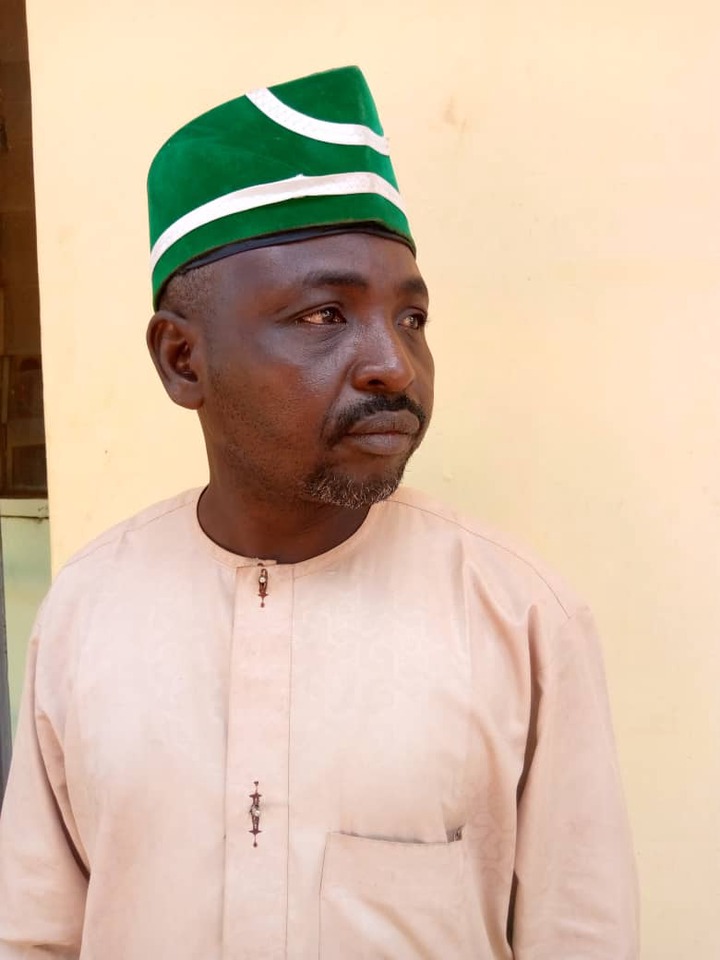 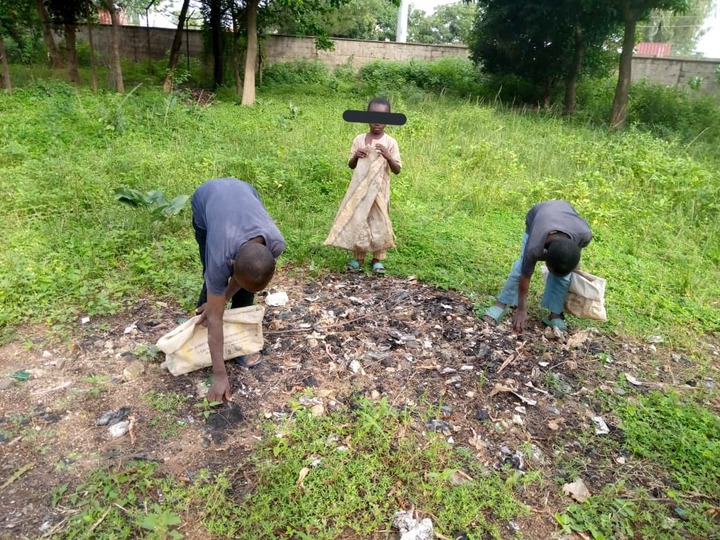 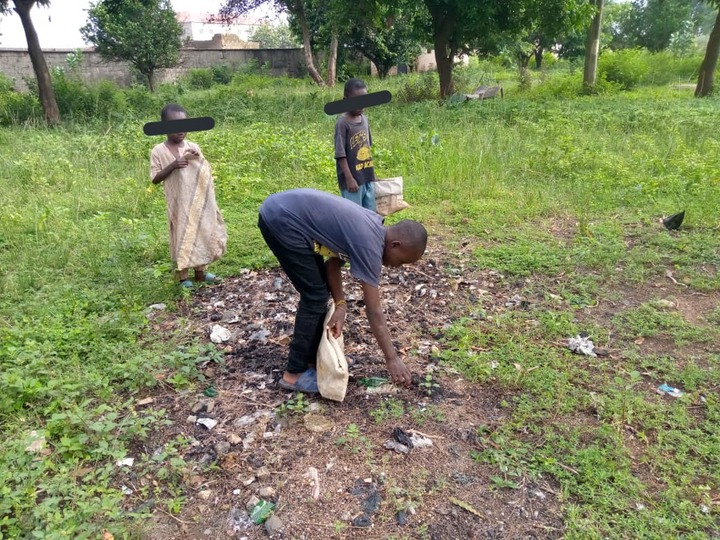 The man, Umar Aliyu of Rigasa in Kaduna metropolis, was quizzed on Sunday, July 19, by the state Ministry of Human Services and Social Development after the three children with ages between eight and ten years were seen on a street in Kaduna scavenging on a refuse dump.

According to the state Commissioner of Human Services and Social Development, Mrs Hafsat Baba, in her twitter handle, officials of the ministry saw the three boys scavenging on a refuse dump and on interrogation, they were said to have disclosed that their father sent them. 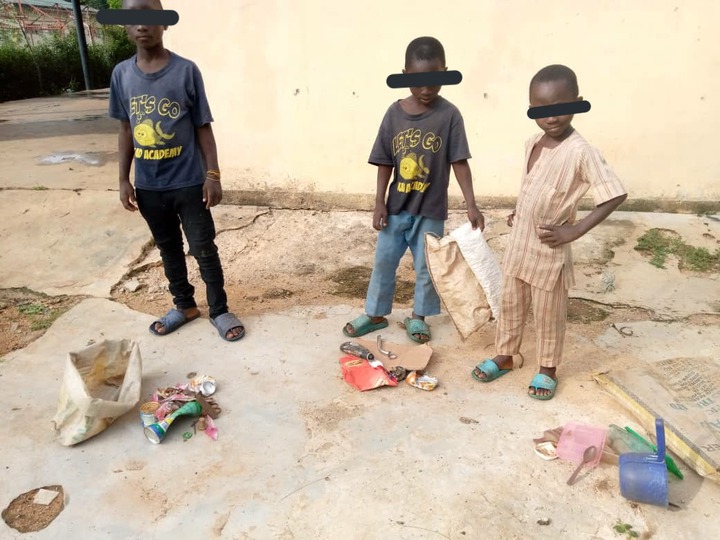 It was gathered that the boys further said that they used to go out and scavenge for metal scraps and other materials on refuse dumps and whatever money they make from the sale of the scraps is used by the father to provide food for the family.

The commissioner said the officials of the ministry then decided to take the children into its custody, waiting for the father to show up and claim the children.

The father later showed up and when asked why he allowed his children to scavenge at refuse dumps, he owned up that he was the one that sent them, adding that the family depends on the money the children make to feed.

The commissioner however said the ministry has refused to release the children to the man, adding that the ministry has taken steps to ensure that their education and welfare are taken care of.

The ministry later displayed the photographs of the children looking good in fine attire and obviously living well under its care. 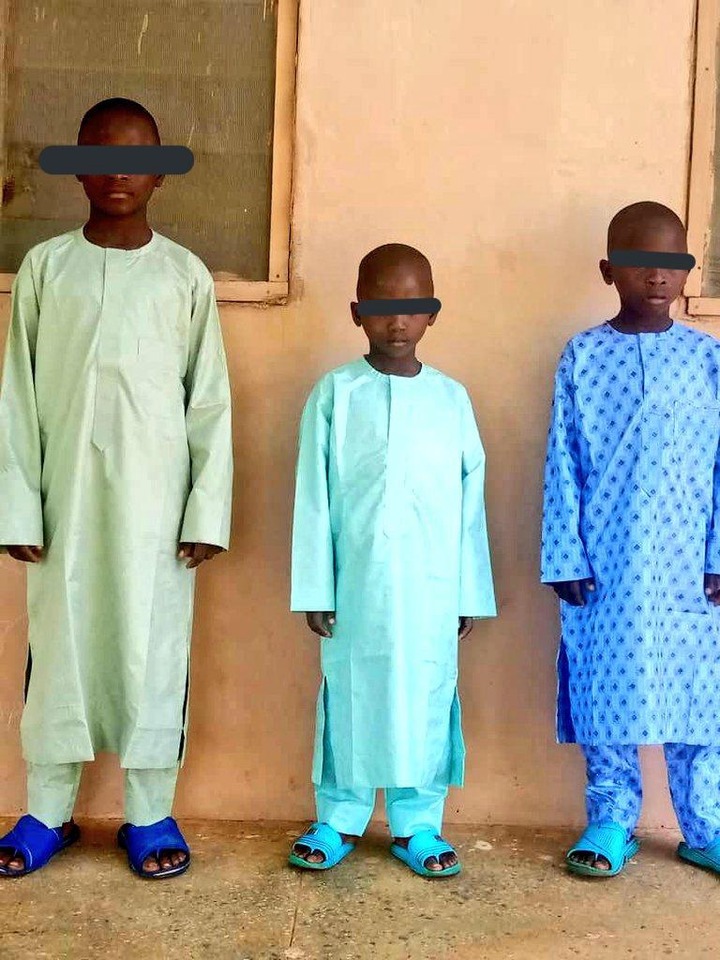 According to the commissioner in her twitter handle: "Is this the direction we want to face as a people? These children were seen scavenging on refuse dumps in the city of Kaduna.

"On interrogation, the children revealed that they were sent by their father to scavenge, sell the scraps they collect and give him the money they make for the upkeep of their family.

"The situation unveils a very disturbing trend. Children have suddenly been transferred the responsibility of catering for their parents. Parents, who are in charge of the moral and physical upbringing of children, have abandoned their duties.

"My questions to us in my immediate constituency of Arewa, Kaduna and Kasar Hausa entirely are: Why are we abandoning parenting and transferring the burden of upbringing to the streets? What is the way out of this continuous deterioration of our family unit and values?

"For those asking, the children are in a good stead and we are taking steps consistent with child protection protocols to ensure that their education and welfare are taken care of. But for how long and to how many people do we need to keep doing these interventions?"