POLICE: See What People Are Saying About The DPO Ogudu Police station

By ODavid (self media writer) | 2 years ago

Upon the recent refund of N260,000 made to a twitter influencer identified as Bakare Olumide (@_VALKING on Twitter) by the Nigerian police.

Nigerians have reacted differently at such gesture displayed by the Nigerian police. While some praised the DPO Ogudu police station in Lagos state, for being such a well-deserved DPO, some others are of the opinion that the junior officers who commited the crime might not have been able to go out on roadblock duty without her knowledge, some others added that the DPO Mrs Celestina Kalu would usually have her share of the money generated during their incessant harassment and exploitation of innocent Nigerians. 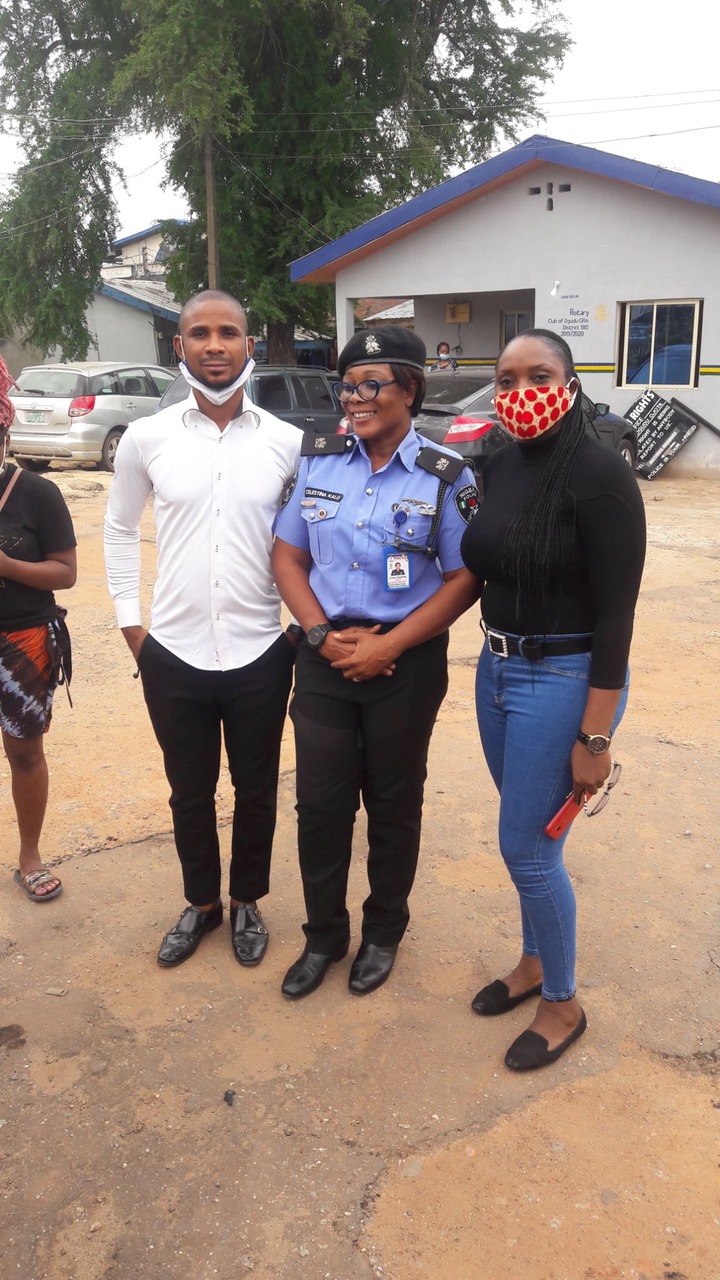 While reacting to the refund, one Duru Chibuzor who was with Bakare Olumide when the Money was refunded said "The DPO of Ogudu Police station Mrs.Celestina Kalu is a wonderful person. She was the former PRO of Delta state police. She personally lead the prosecution of the errant officers who robbed @_VALKlNG . She is a rare breed" - Said Chibuzor. 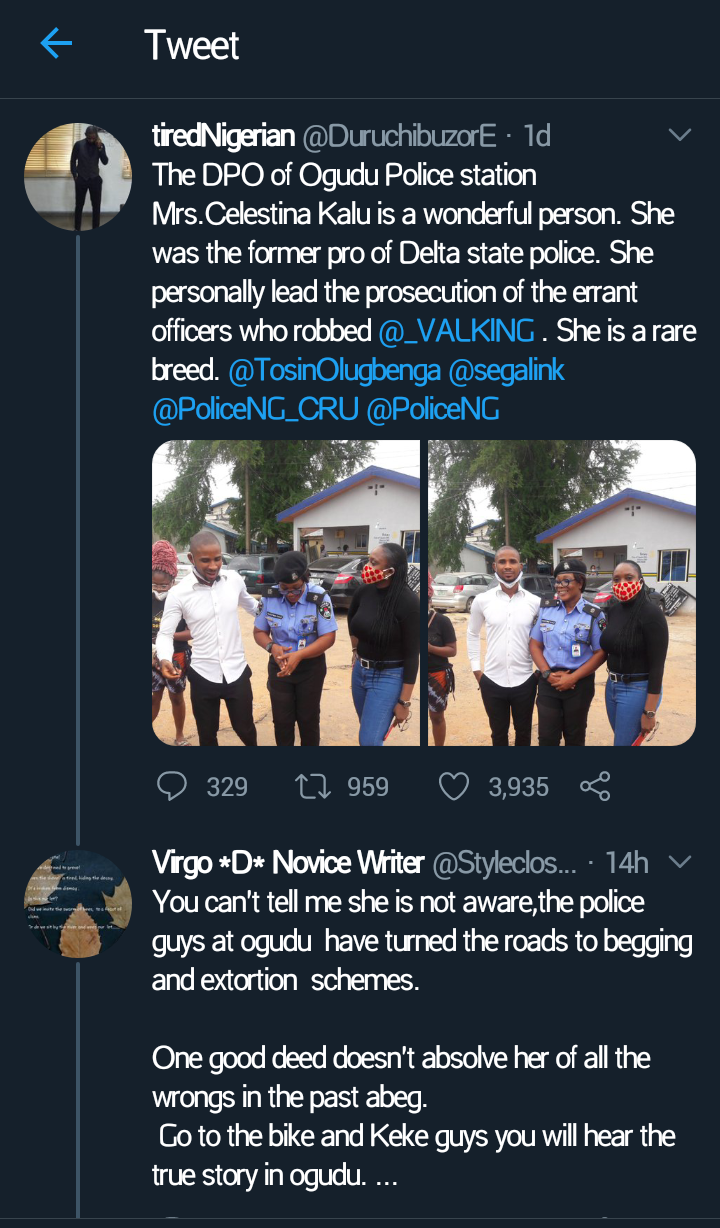 Contrary to the opinion of Chibuzor, one Mr. Taiwo Olatunde Oluwasola said he one had a bitter experience of the same DPO, he said "My encounter wit her was very bad, My security guards caught a thief stealing within the government property and I took the thief to that station myself, but she said to me that why am I bringing him to the station after all, people steal in government offices too. Disappointed was an understatement" - said Mr. Taiwo Olatunde. 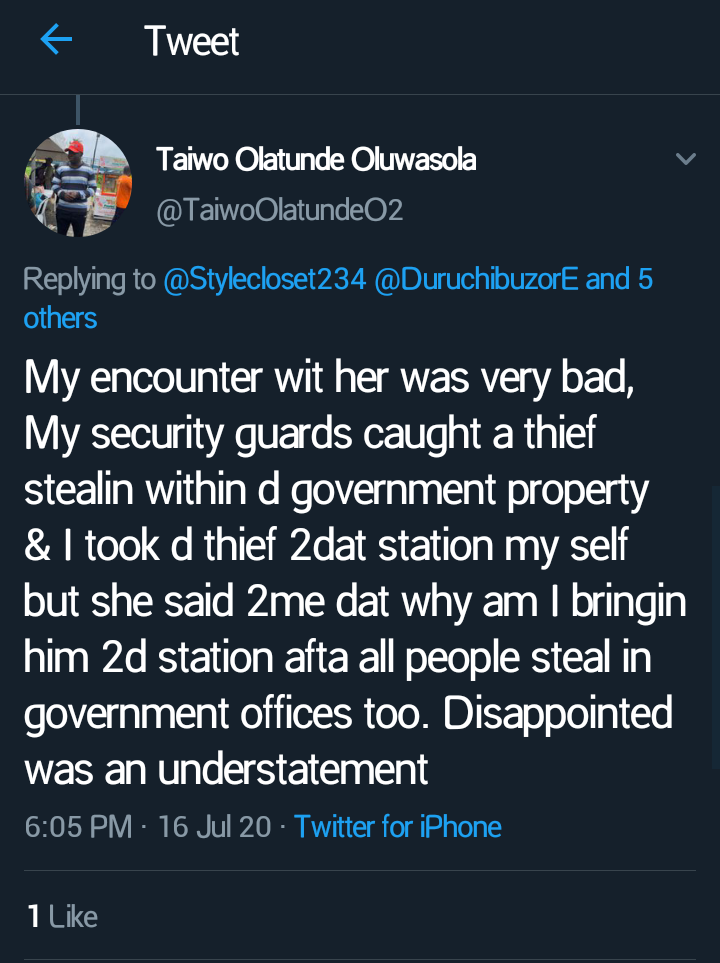 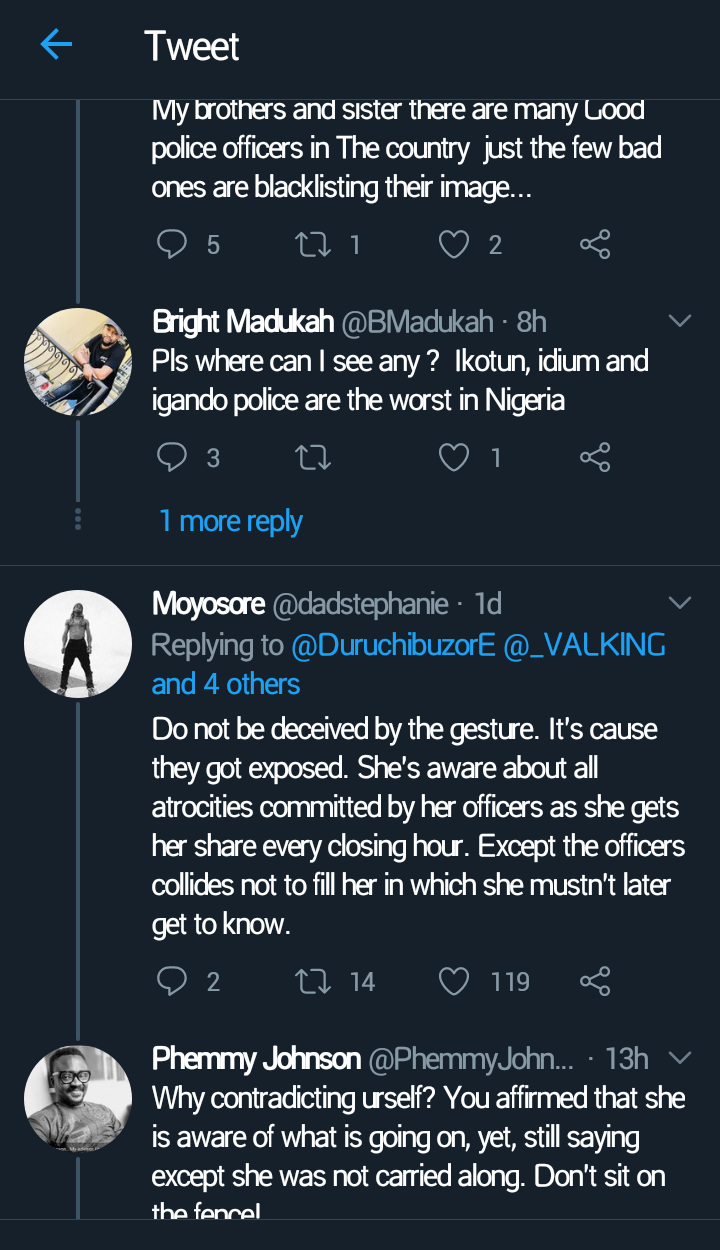 Do you think the DPO was aware but was trying to cover up?

Content created and supplied by: ODavid (via Opera News )