Niger state police command have apprehended two suspects whose names were given as Abdulkadir Ibrahim, 25 years of age, resident in Fulani camp, Doko village and Abubakar Idris a.k.a Kullel, 29 years of age and resident in Dabban village both of Lavun local government for alleged involvement in the death of an 18 year old girl in Lavum Local Government Area of Kwara state. 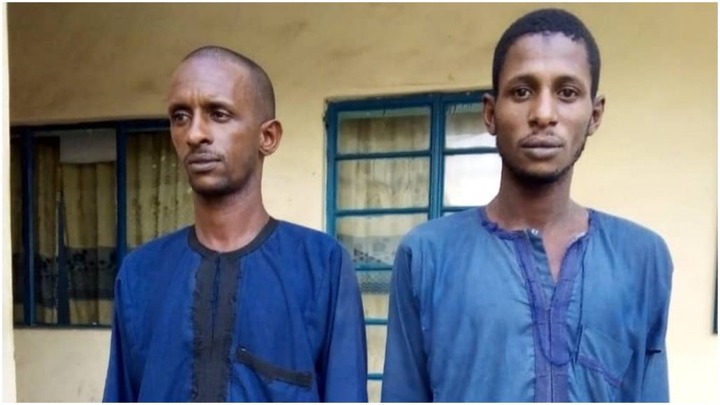 DAILY POST news correspondents had it that the suspects traveled to camp Kpada via Patigi in Kwara State, where the deceased, Hauwa Saidu resides.

Preliminary investigations showed that they enticed the young girl on pretense of giving her a lift on their motorcycle to her destination but diverted into the bush along the way.

The suspects were said to have murdered the young girl and took away some vital organs from her body to an undisclosed location.

However, they dumped her remains in the bush where it was later discovered. In his words ” The suspects conspired among themselves and lured one Hauwa Saidu 18 years of age, who resides at Fulani camp, Kpada village via Patigi Kwara State to Effa village, Lavun Local Government Area where she was attacked and killed by the suspects with their cutlass.”

“Some of the victim's body parts were severed, and taken away to unknown destination while her remains was dumped in the bush.”

Mr Wasiu further stated that the duo have confessed to have committed the crime.

He said that investigation is currently ongoing, adding that the suspects would be charged to court immediately investigation into the matter is concluded.