Young man commits suicide after been falsely accused of Rape.

By Ronjeezblog (self media writer) | 2 years ago 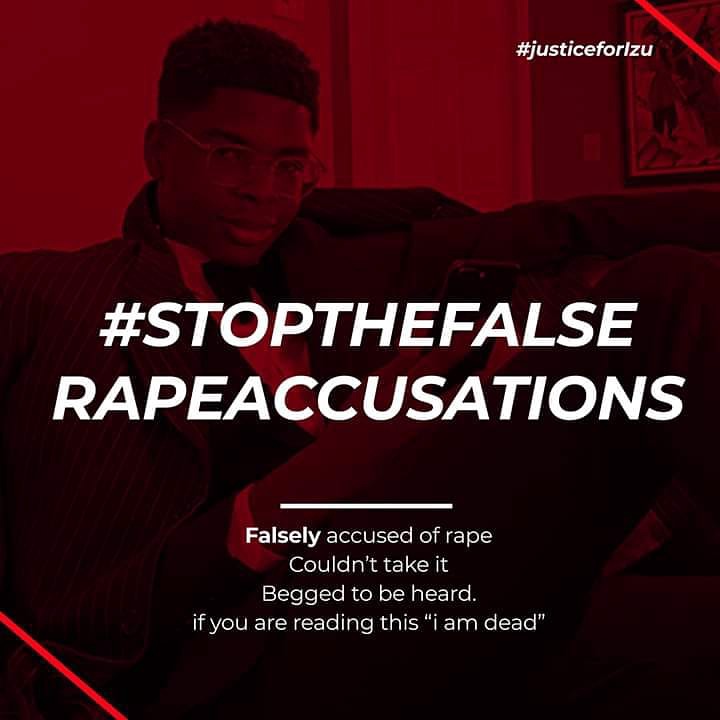 The young man known as Madubueze Izuchuckwu is the reason, the hashtag #justiceforizu is trending on Twitter and across other social media platforms. 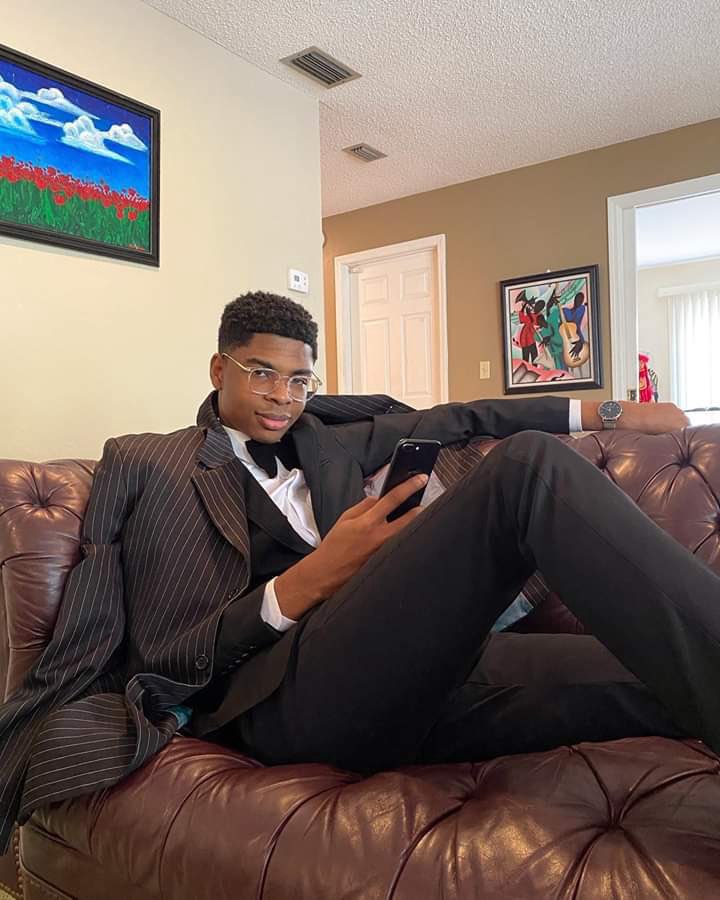 According to reports he was falsely accused of rape by a young lady called Nani, who takes interest in compiling list of persons who she termed as rapist or sexually violent, the list containing names of the so-called rapist would be posted and shared across social media platforms and other ladies should take note, beware and avoid those guys in real life. 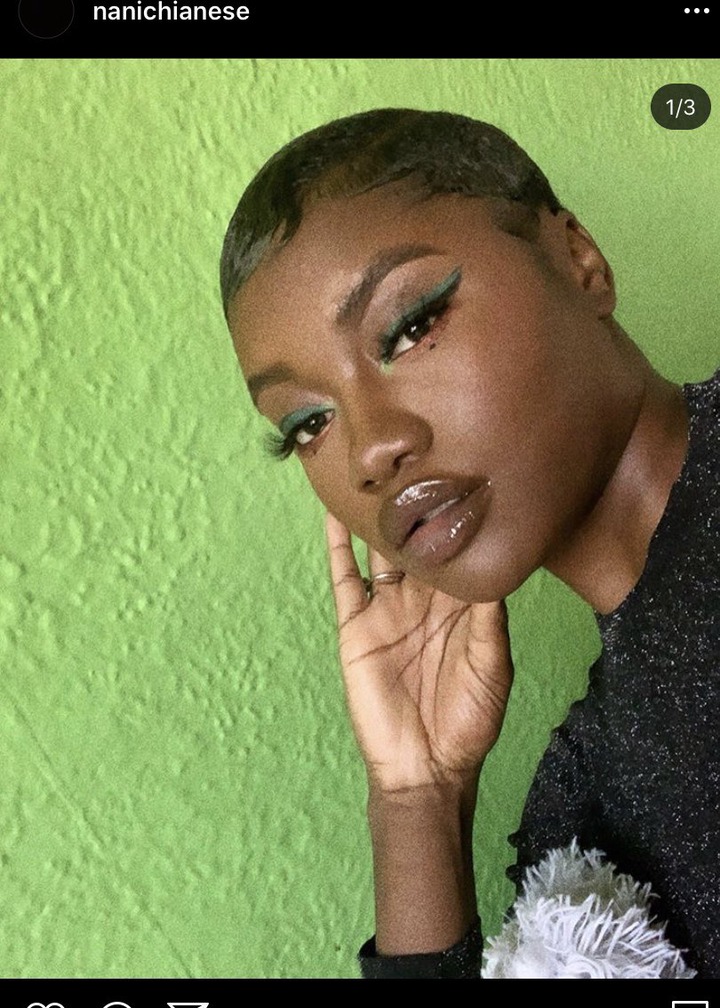 Izu on the other hand asked Nani what he has done, or who he has raped, he went ahead to beg her to remove his name from the list, stating he is getting numerous calls from family members, and friends. Nani refused and rather said fu*k you Izu. The young man tried persistently to clear his name from the list.

Uzi who was working for a fashion firm in the U.S started getting alot of insults and the stigma became to much, he fell into depression.

To say the least the young man couldn't take the heat coming from the false allegations, he went ahead to commit suicide. 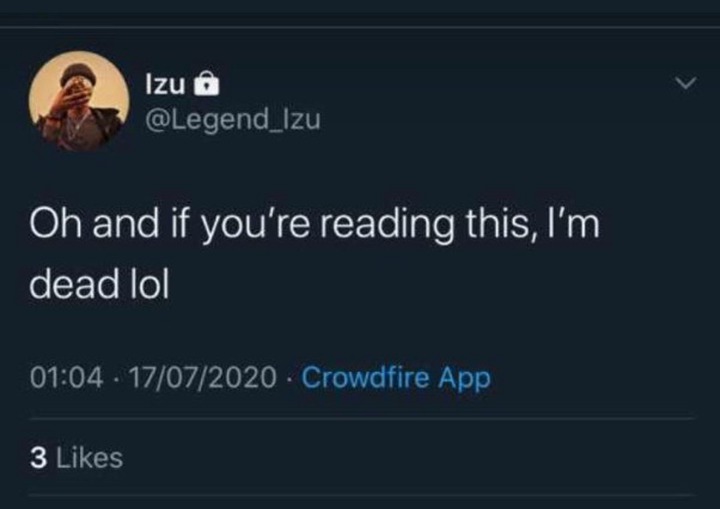 Rape accusations has become a weapon by young ladies to get back at guys who ditched them, or who they have a fallout with. Most of this so-called rape victims know that as a woman, if you accuse any man of rape, even without proper evidence, the odds are in your favour, you would gain sympathy from both male and female counterparts, who would do anything in their power to make sure your aim is accomplished, not minding if the accused is actually innocent or not.

I have seen a lady claim that if you "deceive" a girl by telling her you want a relationship only to have sex with her and dump her,that it qualifies as rape, another said if you invite a girl to your house, ask for sex and sends her away after she refuses, that is rape. This ladies also pry along the word consent, some have said, i didn't give him consent, i just allowed him to do it, so i don't offend him, or i was squeezing my face he didn't read my feelings, he raped me. 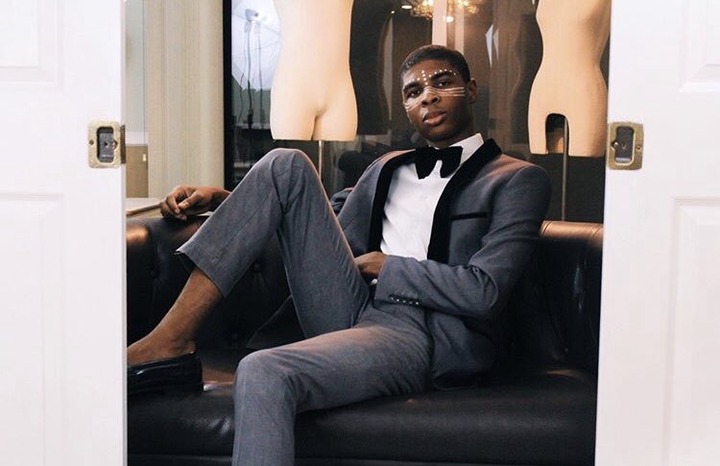 Izu is dead today because of false accusation, not everyone has the strength to survive an allegation especially when no one believes your are innocent.