All You need to know about the death of Matin Luther.

By Bitech (self media writer) | 2 years ago 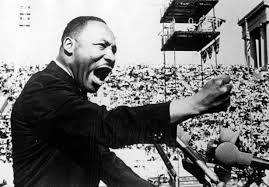 In the five decades since Martin Luther King Jr. was shot dead by an assassin at age 39, his children have worked tirelessly to preserve his legacy, sometimes with sharply different views on how best to do that. But they are unanimous on one key point. James Earl Ray did not kill Martin Luther King. Just after 6 p.m. on April 4, 1968, Martin Luther King is fatally shot while standing on the balcony outside his second-story room at the Lorraine Motel in Memphis, Tennessee. It is believed that the assassination was the result of a conspiracy involving the U.S. government, the mafia and memphis police, as alleged by Loyed Jowers in 1993. A 40-year-old convicted robber and prison escapee Ray, was identified as King's killer after his fingerprint was found on the rifle used in the assassination and discarded near the murder scene. Police believe Ray shot King from a boarding house across from the Lorraine Motel, after stalking the civil rights leader for more than two weeks. In 1999, the King family won a civil law suite that had been filed against Memphis restaurateur Loyd Jowers. Jowers claimed that he hired a Memphis policeman to kill King at the behest of members of the mafia.

Content created and supplied by: Bitech (via Opera News )