When I heard he has #13 million in his account, I did this to him 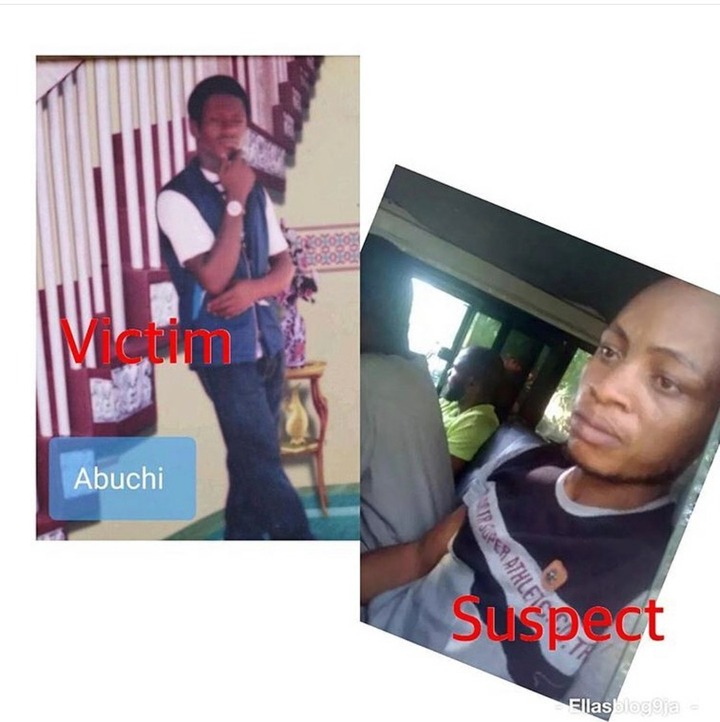 A man has confessed to have killed his friend after he heard of the money he had in his account.

This incident happened early this year but the culprit was just apprehended by the police. And when he was interrogated he made the confession on how he did it and why he killed his friend.

According to him, Moses killed his friend when he heard that money was sent to him by his brother. Abuchi was the name of the man killed. He was killed by his friend Moses. 

Abuchi brother sent him a sum of thirteen million Naira to complete the building project given to him by his brother in South Africa. As good friends, Abuchi told his friend about the money. Since then Moses,his friend has been looking for a way to have the money.

They do work in the same place and on that faithful day,he killed him cut off his head so they won't recognise him. He took his ATM,hacked it and started withdrawing money from it.

He said since he killed his friend,his spirit has been hunting him and he has no peace of mind.

He was apprehended by the police after tracing the account of Abuchi and they discovered that he was the one withdrawing the money.

We should always be careful of those we have as a Friend.

Content created and supplied by: Akinjoe234 (via Opera News )