By Newsaway (self media writer) | 1 year ago 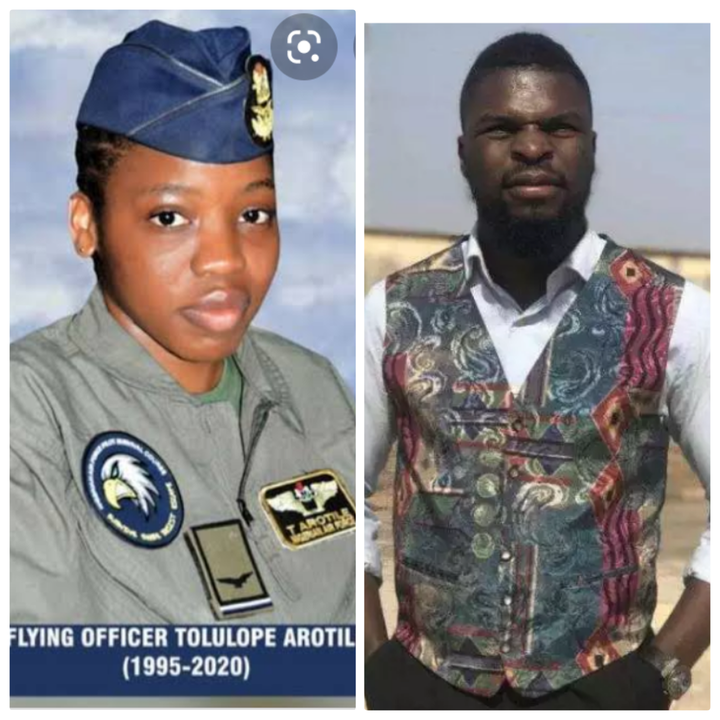 According to the reports released by Ibikunle Daramola, NAF Director of Public Relations and Information disclosed that she was accidentally hit by Mr. Nehemiah Adejoh.In his statement he said that the late flying officer met her three formal classmates at Air force secondary school in Kaduna on that fateful day she died and gave the name of Arotile’s ex-classmate who drove the car that killed her.

The NAF spokesperson also said the car will be transferred to the Nigeria Police Force being a civil case.He said, “Mr Nehemiah Adejoh, Mr Igbekele Folorunsho and Mr Festus Gbayegun, drove past her in a Kia Sorento SUV, with Registration Number AZ 478 MKA. It is noteworthy that Messrs Adejoh, Folorunsho and Gbayegun are all citizens who reside outside NAF Base Kaduna, but were on their way to see one Mrs Chioma Ugwu, wife of Squadron Leader Chukwuemeka Ugwu, who stay at Ekagbo Quarters on the Base.

He further stated that after late Tolulope Arotile drove the car pass her formal schoolmate, Mr Nehemiah, who was driving his own car. Mr Adejoh in the process of car reverse inadvertently hit the deceased, who was walking in the opposite direction. She was hurried to NAF hospital in the base for medical examination and treatment but was confirmed dead at 04:45pm.

He explained that the three formal schoolmates were immediately put in custody and subjected to alcohol test but no such substance was found in their systems.

“It was however revealed that the ex-classmate who drove the car, Mr Nehemiah Adejo, did not have a valid driver’s license.

Meanwhile, he said the case will be transfer to the Nigeria Police for further investigations.

Content created and supplied by: Newsaway (via Opera News )