The travails of the suspended chairman of EFCC, Mr. Ibrahim Magu is getting proliferated as the panel looking into his case, headed by Justice Isa Ayo Salami, a retired president of the Court of Appeal levelled 22 allegations against him. His appropriate responses to the top eleven allegations may determine his fate.

Based on the compilation from the office of the Attorney-General of the Federal and Minister of Justice, Abubakar Malami SAN, there are 22 allegations against Magu which led to his arraignment yesterday. These are the top eleven allegations as listed below:

Declaration of N539billion as recovered funds instead of N504b earlier claimed

Not providing enough evidence for the extradition of ex-Minister of Petroleum Resources, Diezani Alison-Madueke

Alleged sales of seized assets to cronies, associates and friends

Alleged issuance of investigative activities to some media prejudicial to some cases. 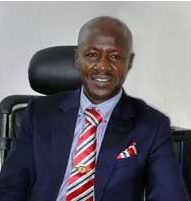 The panel looking into the above allegations and others started a session on Monday, June 6th, which lasted hours but was inconclusive, and that led to why Magu is still in the custody of Force Criminal Investigation Department (FCID).

Though Magu has contacted his lawyer, Mr. Rotimi Oyedepo as the case may lead to his conviction if found guilty.

A source made it clear that Magu is incorruptible, and that there is a political undertone to his travails, that since a new Chief Of Staff to the President has replaced Abba Kyari, that Magu has been having a premonition of what is happening now and that he might be asked to step down.

Meanwhile, the Media and Publicity department of the EFCC still maintains that Magu was not arrested but went to the Villa to honour an invitation. In a statement by the Head of Media and Publicity of EFCC, Mr. Dele Oyewale stated that the Acting Chairman of the Economic and Financial Crimes Commission (EFCC), Mr. Ibrahim Magu on Monday honoured an invitation by a Presidential Panel reviewing the activities of the EFCC, at the Banquet Hall wing of the Presidential Villa, Abuja.