A 27 year old graduate of Auchi Polytechnic of Mechanical Engineering, Moses Moses has confessed to killing his friend and colleague Abuchi Wisdom Nwachukwu 29.

Nwachukwu was hacked to death on 7th January 2020 while working on a night shift and his head severed from his body. His body was dumped in a bush near the company where he works. 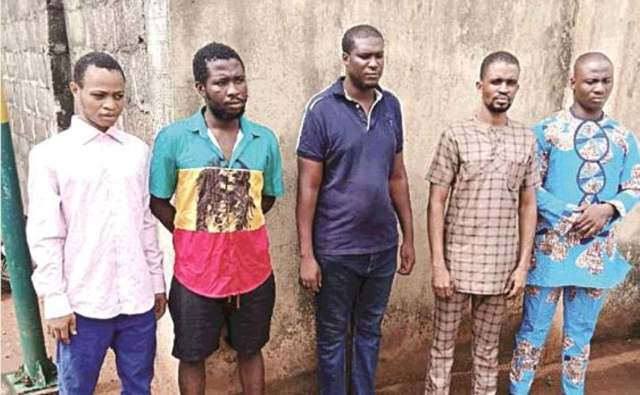 Moses and Nwachukwu had been working in a table water company in Abely area of Auchi, when Nwachukwu told him about his brother in South Africa who has been sending him money to build a house for him. According to Moses, he showed him an alert of 13 million he just got from his brother.

Moses then decided to kill his friend and dispossess him of the money. He tricked him to get the password to his phone. According to Moses he killed Nwachukwu few days before he was to travel for the project. 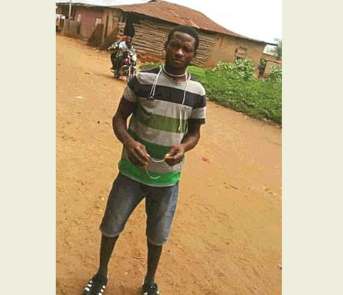 When asked how he managed to do it and why he severed his head. He said he lured him outside the factory and stabbed him with a knife. He severed his head so that people will not recognize him.

Moses took the ATM card to an hacker, Yusuf Sagiru. Moses afterwards made several withdrawals from the account. He traveled shortly to Ore before moving to Benin City.

The police were able to trace Moses due to series of transactions he made with the ATM card before they finally arrested him in a hotel in Auchi. He was arrested alongside some accomplices who had assisted him at the various stages of the crime. They include :Tony Bright, Jahswill Ogbonnaya, Yusuf Sagiru, Terence Okochukwu.

Moses also said that his late friend's ghost has been haunting him ever since he committed the crime. According to him, whenever he wants to sleep, his ghost will appear to him and he regrets ever killing his friend.