An innocent black man in the United States was declared guilty in 1988 and sentenced to 28 years in prison after being falsely accused of sexually assaulting a woman because the lady dreamt of him. 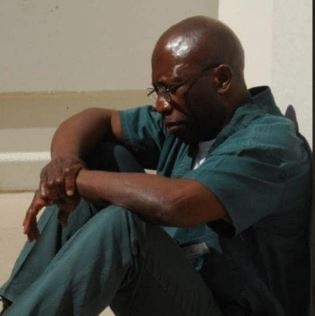 When Clarence Moses-EL walked out of a Denver courthouse few years ago after a jury in a new trial found him not guilty of a crime for which he had already served 28 years in prison, he felt free.

"This moment is a moment I’ve fought for for a long time, I just want to get home to my family, my grandchildren. It’s wonderful, I waited a long time for this,” he told the Denver post. Clarence's case is one with many twists since 1987, when the shocking event happend.

Ona summer night in 1987, a Denver woman was out drinking with three men, and after saying goodnight she returned home where she was brutally attacked.

With facial bones broken and lost sight in one eye, the victim could only identify her attacker after a day and a half.

While in the hospital, she told the police she saw the face of her attacker in a dream and it was Moses,-EL who was her neighbour at that time.

Innocent of the charges, Moses-EL challenged his conviction and the sentence meted out to him, but was unsuccessful.

Given the advancement of technology, it seemed it won't be too long before the real culprits were caught.

However, it was was reported that the Denver police discarded the DNA evidence from the attack. Body swabs and the victim’s clothing were destroyed by the police despite a judge’s order that they are preserved for testing in what would have upheld or confirmed Moses-EL’s guilt or innocence.

But in 2013, Moses-EL received a letter from LC Jackson, one of the three men who had a drink with the rape victim and who later testified to hitting the woman during sex.

After insisting of his innocence for nearly 30 years, a jury acquited Moses-EL of all crimes in 2016.

According to a Colorado law passed in 2013, people locked up for crimes they didn't commit will receive a compensation of 70,000 dollars per year which amounted to about 2 million dollars in Moses-EL's case.

The twist came in when Moses was exonerated and due to receive his compensation with the victim coming out to oppose it.

The victim, has been consistent from the very beginning that the Petitioner in this case was her assailant, and she knows that to this day,” read a motion filled by attorney Stanley Garnett in Denver court.

Mitch Morrissey, who had been district attorney since 2004 stressed that Moses-EL wasn't convicted by just mere dream he said in a statement said. “She testified during the trial and was cross-examined at length. The jury believed her testimony that she was attacked and raped by Clarence Moses-El.”

They have been reported cases that LC Jackson, the whose letter paved way for Moses exoneration recanted the innocence of Moses.

Ever since his first day behind bars, an embittered campaign had gone against the office of the district attorney, accusing the justice system of evidence tampering, media manipulation, and blatant ignorance of the facts.

A blood sample from the scene was, though, and it did not match Moses-El’s, said his attorney.

However in 2019, a new Colorado Attorney General Phil Weiser announced that the state will not oppose the petition of Clarence Moses-EL to receive his compensation. “This case is a travesty of justice,” Weiser said. “We will thus bring an end to this case and avoid the parties from having to relive this experience, and save the cost of bringing this to a full trial," as he stressed the need of ending the case without wasting state resources in the court.

What do you think of Moses-EL? Was he treated harshly, does he deserve more, should the attorney general's and the police pay? Comment your opinions below.

Please don't forget to follow,like and share for more information and updates