By Motivepress (self media writer) | 2 years ago

Man Who Shot His Friend Because Of N1000 Debt Has Been Arrested. One of the reports gotten from Anambra State Police Command on 17th July, 2020 stated that, police has arrested one Mr. Friday Asuquo who is 27 years old. His from Oron but leaving at Enu-Orji village of Amawbia located in Anambra State.

He was arrested for allegedly trying to kill his friend known as Kingsley Araino of the same location who is also 27 years old because of N1000 debt. 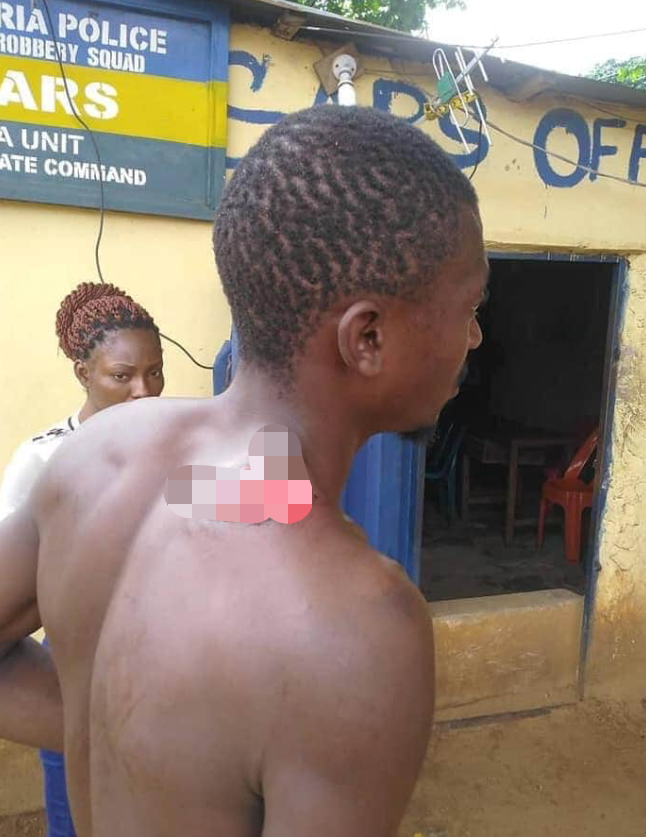 According to the report released from the police, it stated that the two had some misunderstanding. As their were arguing, the suspect rushed inside one city of restoration church Amawbia, brought out pump action that was well loaded and shot his friend at the back.

Here is the Police released statement: 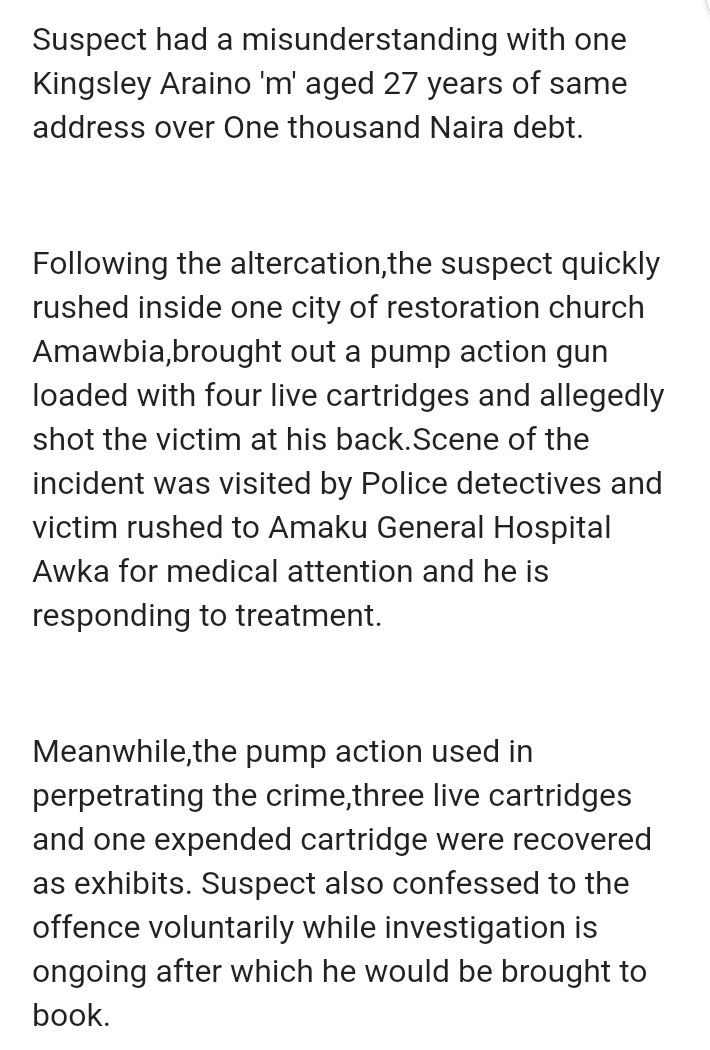 I can't really believe that someone will have the mind to shot his friend because of N1000 not $1000 dollar. Let's be careful who we really keep as friends. Meanwhile, police should investigate thoroughly and find out the actual reason behind it.

Content created and supplied by: Motivepress (via Opera News )