I suspect that Tolu Arotile was murdered and the truth is been covered up.Femi Fani Kayode.

By Saund (self meida writer) | 10 months 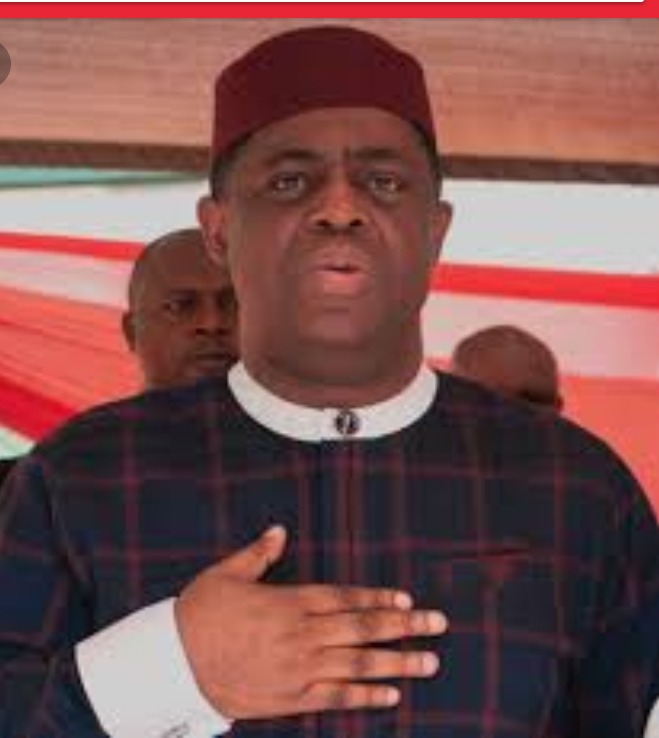 "Who is this best friend & what is his/her name? I suspect that Tolu was murdered & the truth is bring covered up. I urge the Chief of Air Staff to investigate this matter thoroughly. So much is being read into it &it does not augur well for the reputation of the Air Force." 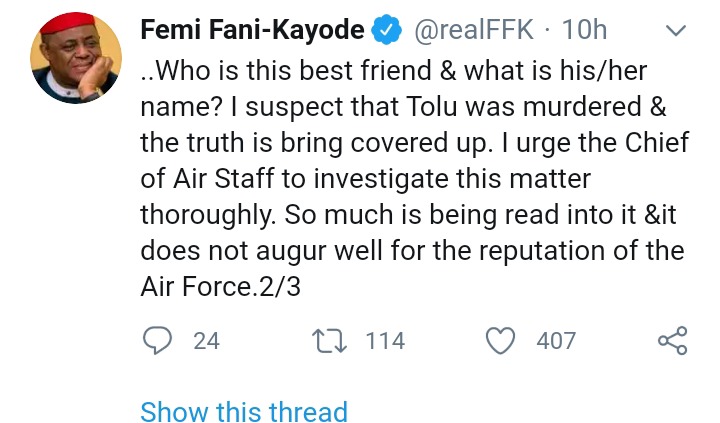 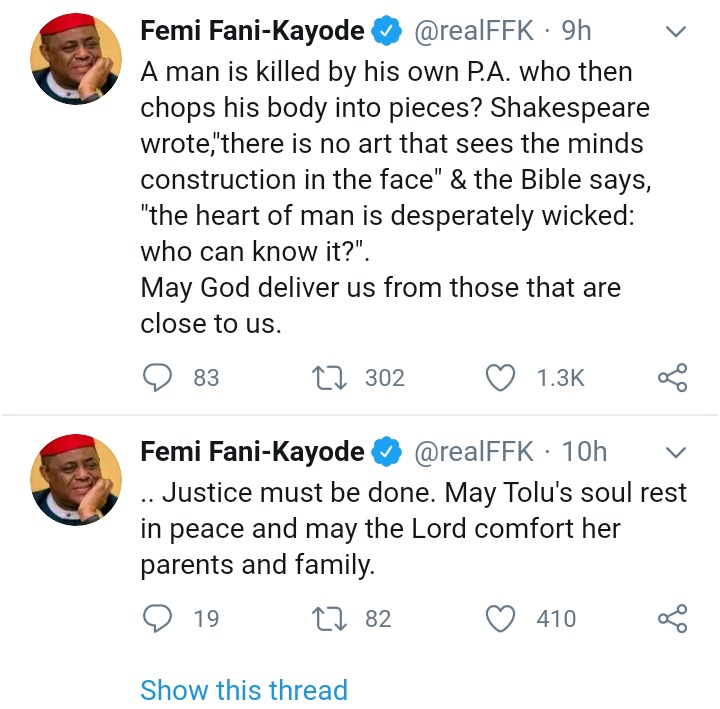 Fani Kayode is not the first to speak about this as we have seen Nigerian investigative journalist Kemi Olunloyo also making statement similar to that of Fani Kayode.

And these are the the reactions from some of his followers.

The official info on d helicopter pilot's death is an intriguingly interesting story concocted by some fools for fools to believe. Her death was a planned deal &same ought to be thoroughly investigated to unearth d truth. They're some Nigerians who have vowed that others won't be 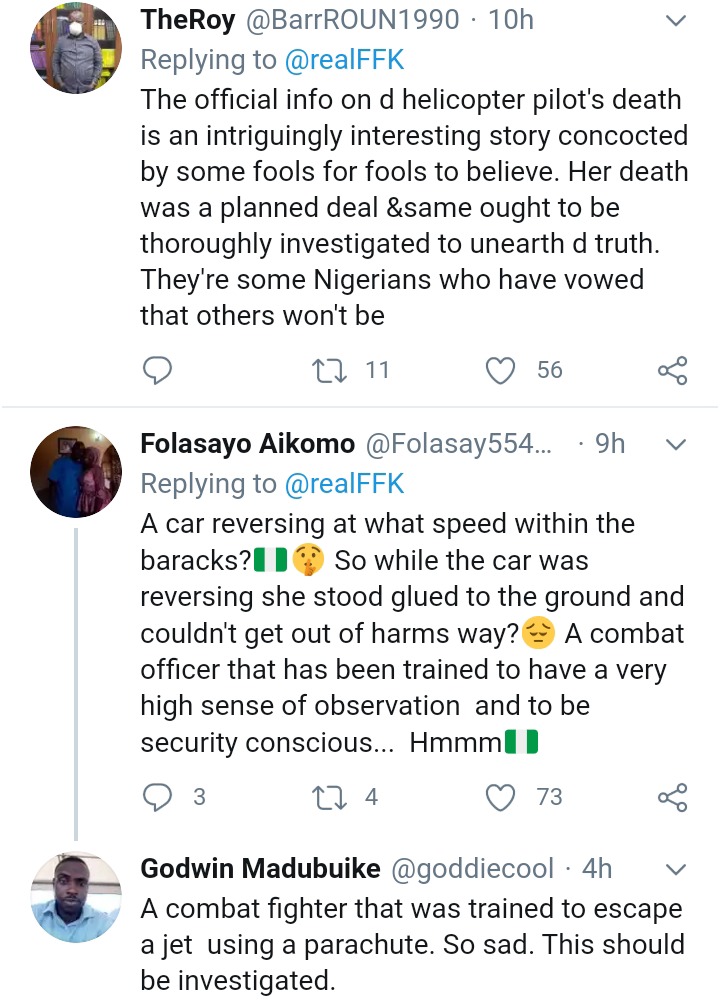 A car reversing at what speed within the baracks?So while the car was reversing she stood glued to the ground and couldn't get out of harms way?A combat officer that has been trained to have a very high sense of observation and to be security conscious... Hmmm

A combat fighter that was trained to escape a jet using a parachute. So sad. This should be investigated.

To me her death was a planned murder, i can't still believe this story 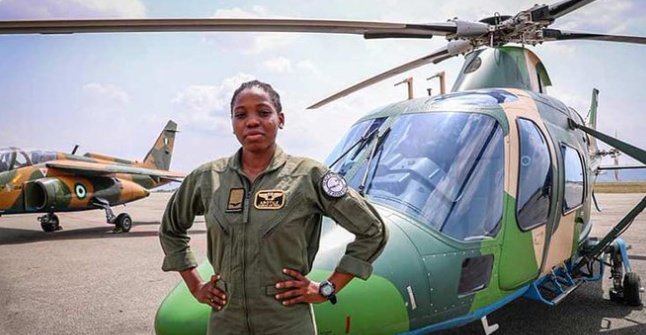 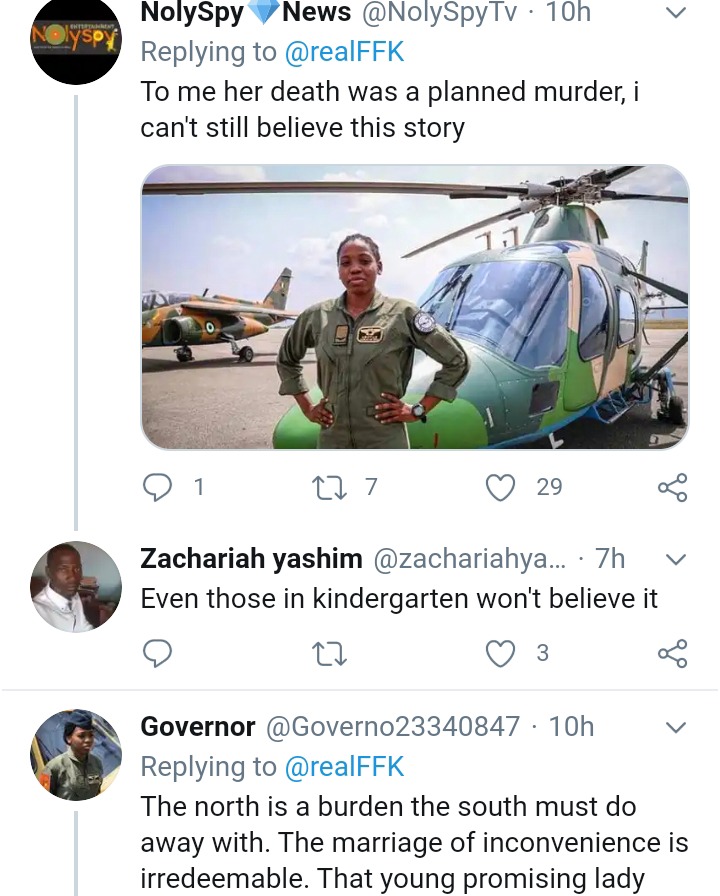 Even those in kindergarten won't believe it

The north is a burden the south must do away with. The marriage of inconvenience is irredeemable. That young promising lady was murdered by same northern conspiracy that undermined our progress as southerners.

Content created and supplied by: Saund (via Opera News )

How Youths Can be Active in Nigeria Mainstream Politics

Ladies, See Sequence Fabric Gowns You Could Rock To Parties

"I Say To The Leaders Of Terrorism, You Cannot Hide" -Israeli PM Says As He Shares Devastating Video

Check Out the Picture of Hummer Jeep Saved From Burning Completely by Firefighters In Florida, USA

7 Home Remedies To Get Rid Of Unwanted Body Hair