Edo govt. Laments Of The Increasing Cases Of Drug Abuse by females In The State 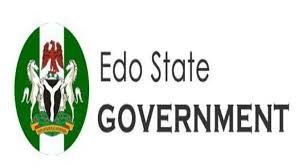 The Edo government lament of the increasing in cases of drug abuse by women in the state on Wednesday.

Maria Edeko, Commissioner for Social Development and Gender, announced this on a friendly visit from Buba Wakawa, Commander of the National Agency for Drug Enforcement (NDLEA) in Benin.

Edeko said the situation was alarming and the government was very concerned. Godwin Obaseki heads the state administration.

However, he said the governor was determined to eliminate illegal agriculture, human trafficking and drug abuse.

"I am worried that the number of women involved in illegal drugs is increasing increasing still hold belive We will overcome this bad trend.

"This government has invested so much in education and will not let drug abuse undermine the enviable efforts in this sector.

"The government will work with the National Narcotics Enforcement Agency to fight drug trafficking and drug abuse," she said.

Edeko found that drug abuse is expensive, damaging, and detrimental to family and society.

"Drug use has now been restricted in elementary, middle and university schools. I am here as a mother to convey the governor's message about the need for victims needed to eliminate drug trafficking and abuse in our country.

"The number of women involved in drug abuse in this state is high and alarming." We are ready to save our young people from destruction as we fight for a culture of hard work and discipline, "she said.

According to Wakawa, NDLEA's main mandate is to reduce the supply and supply of illegal drugs.

"Drug users need to be treated and rehabilitated while drug smugglers are arrested and prosecuted. Unlike in the past, when drug abuse was dominated by men, the number of women increased.

Wakawa said the increase in crime and moral decline in the country was caused by drug abuse. (NAN)