Remembering Mom that held Newborn and says ‘this is not my Baby.’ later, the Truth Came out

By Mofeblog (self media writer) | 2 years ago 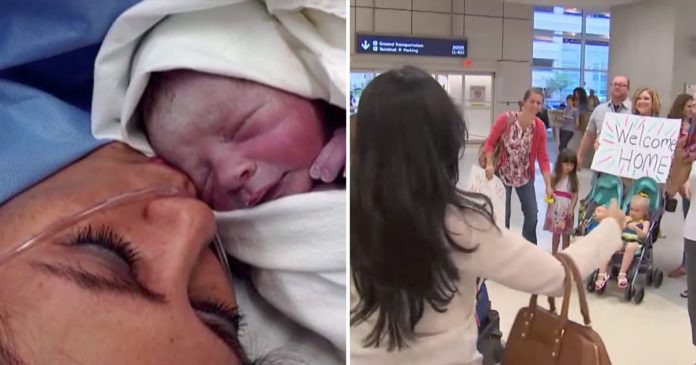 Mercy Casanalles and Rich Cushworth met for the first time at a missionary school in Dallas, and fell in love an eventually got married. They were ready to start a family and have their first child, and when it was time, Casanalles returned home to El Salvador to give birth.

A healthy baby named Moses was born, then whisked away by nurses. 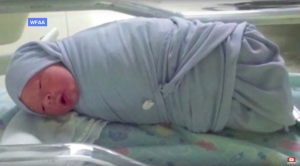 But when medical staff returned with Casanalles’s son and she held him in his arms, she knew something was wrong. 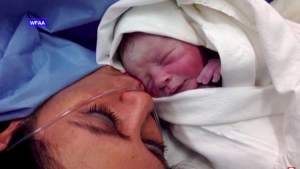 She had seen her son hours before, remembering him pale and pinkish and slow to start breathing, and her immediate gut instinct backed up this feeling.

Doctors wouldn’t hear her protests, and there was not much else Casanalles and Cushworth could do. With a heavy heart, they returned to Dallas. They got a DNA test, and waited.

For four months, they raised the little boy like their own son, as it became increasingly obvious the darker skinned child was neither related to her nor her husband. But they never treated him any differently.

“I would take photos of him and put them next to my husband, trying to find something of us in him. I kept trying to convince myself that he was really ours, that over time we would begin to see a resemblance,” Casanalles said.

“But my motherly instincts kept telling me that he wasn’t mine.”

Then the results came back—and confirmed what they already believed. There was a 0 percent chance that this baby was their’s.

The couple journeyed back to El Salvador, and had to give up the baby they had raised like their own in a painful parting.

“I fell on the floor,” Casanalles remembered. 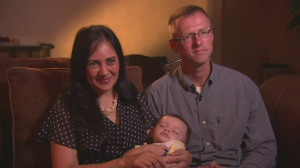 The couple went public with the news, believing their child was snatched away by child traffickers.

“We just want them to give us our son back,” Cushworth said. “It’s a horrible situation. I have a child and I don’t know where he is.”

The hospital continually denied that the babies could have been switched at birth. But local officials got involved and an investigation was launched.

Casanalles’s doctor, Alejandro Guidos, was believed to have orchestrated the switch and working with a trafficking gang. He was taken away in handcuffs, but that did not bring baby Moses back. Eventually, charges against Guidos were dropped, according to BBC.

“I just want him to give me my baby back,” Casanalles said in one interview. “I want to know that my child hasn’t been trafficked or any other crime committed against him. I need my baby, I’m just asking for my baby.”

The parents continued to speak out in television interviews, pleading for the return of their child. Eventually, DNA tests were administered to four boys born who were on that same day at Casanalles’s hospital.

One of those tests came back as a match to Casanalles. They’d found Moses.

Their worries were not over yet—it took months of legal battles before Casanalles and Cushworth were able to get a birth certificate and passport for Moses. 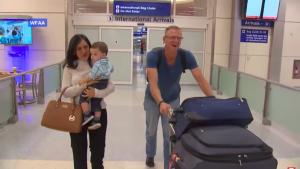 But after nearly nine months, they were finally able to bring their baby home. 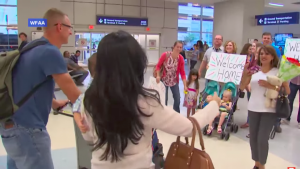 The emotional couple was welcomed back to Dallas with Moses by a crowd of people.

“It’s been a long and painful process and I just can’t believe we have this beautiful little miracle boy here with us,” Cushworth said. 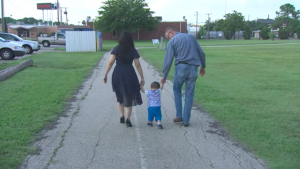 Content created and supplied by: Mofeblog (via Opera News )