From Government House To Prison: The story of Taraba Ex governor, Jolly Nyame

By Rhapsodi (self media writer) | 2 years ago 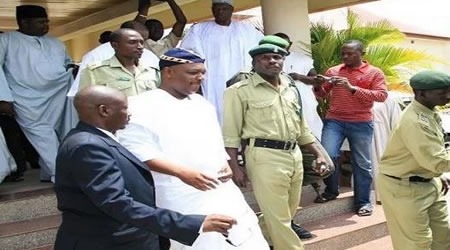 It is worthy of note that Jolly Nyame was the first executive governor of Taraba state between January 1992 – November 1993, he was preceded by

Adeyemi Afolahan and succeeded by Yohanna Dickson. Nyame is the longest serving governor of Taraba state.

While he left office in 2007, Jolly Nyame was charged by the Economic and Financial Crimes Commission (EFCC) for alleged fraud of 1.64 billion naira in a forty-one count charge of Fraud. In 2007, Nyame admitted to misappropriating 180 million naira out of 250 million naira meant for stationeries in Taraba state and offered to return the same.

On May 30, 2018, Nyame received the shock of his life as he was convicted by the High court of the Federal Capital Territory, Abuja, under the ruling of Justice Adebukola Banjoko for the charges against him and was sentenced to 14 years in prison. He was asked to refund the monies he diverted and without any option of bail. The judgement sparked a lot of social media debates and mixed reactions; while others felt it was unfair and politically inclined after 11years, some said it is well deserved.

As at that time, some youths in Taraba took to the street to protest the judgment which in turn did not yield any result. 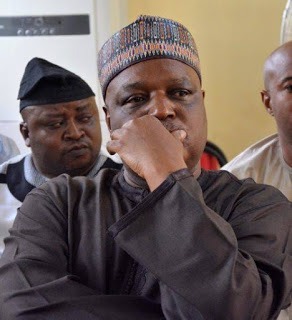 In November 2018, The Court of Appeal in Abuja affirmed his conviction on 29 counts. The Appellate court however reviewed the sentences imposed by the trial court and sentenced him to 5 separate 12 year terms of imprisonment which were to run concurrently instead of the initial 14 year Jail term and ordered him to pay a fine of 185 million naira. On 7th February 2020, the Supreme Court affirmed the 12 year jail term Judgment and set aside the fines imposed on him by the courts on the grounds that they were outrageous and done without any prompting.

Recall that in 2018 the Economic and Financial Crimes Commission (EFCC) has revealed how a widow allowed the agency to discover the misappropriation of state funds by former Governor of Taraba, Jolly Nyame.

The commission, in its monthly publication, EFCC Alert, explained that things turned sour for Nyame, when one Hauwa Usman petitioned the EFCC over the “squandering” of company money by Suleiman, younger brother of Usman Abubakar, her late husband.

Suleiman took over the company from Usman, who was managing director of Alusab until his demise. 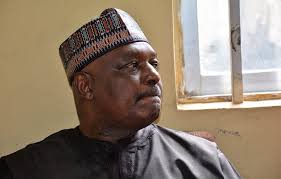 The EFCC said it was during the course of interrogating Suleiman, that it discovered a N100 Million surplus paid by the state government to Alusab for the water project.

“Nyame was in fact, never in the purview of the EFCC, and no one at any time wrote a petition against him.

“The Taraba State government had issued a cheque of N135,794,607 in favour of the company, as contract payment for rehabilitation of the Ibi Wukari Water Project. But Suleiman collected the cheque and lodged it in a different account domiciled in Zenith Bank Plc, in Jalingo.

“Hauwa sought the help of the EFCC to recover the money, accusing Suleiman who took over the company of squandering it. He was subsequently invited by the EFCC for questioning; then and there, the bubble burst.

“During interrogation, Suleiman admitted collecting the cheque, and though he argued that he did not squander the money as alleged in the petition, confirmed that it was for the said project, which was ongoing before the death of his brother.

“He revealed that through Abubakar Tutare, then Commissioner of Finance in the state, the company applied for additional works, which was granted by the state government. According to him, the estimation for the additional works was N35 million, but Tutare instructed him to add N100 million to the estimation. Subsequently, a cheque of N135 million was issued to Suleiman, but along with it, was a complimentary card, with an account number written at the back. Tutare instructed him to pay the N100 million into the account.

“Suleiman had asked Tutare about VAT payment, to which Tutare told him to deduct 10 per cent as tax and to credit the account at the back of the card belonging to Nyame with N80 million, and bring N10 million to him. Suleiman duly paid the cheque into Alusab’s account and acted on the N80 million as instructed, as per the complimentary card. He also gave N10 million to Tutare at his residence through his house aide, Husseini Ali.

“Tutare, himself was invited for questioning and he confirmed the testimony of Suleiman, but stressed that he acted on the instruction of Nyame, and that the N80 million was paid into the account of Salmon Global Ventures Nigeria Ltd,” the report read.

The anti-graft agency had charged Nyame to court for allegedly diverting N1.64 billion when he served as governor between 1999 and 2007.