A Short Interesting Story About Ignorance

By Temito (self media writer) | 2 years ago

Once upon a time, there was a group of animals who lived and worked together. Hare, their leader, was literate, but unreliable. The other animals were honest, but ignorant. 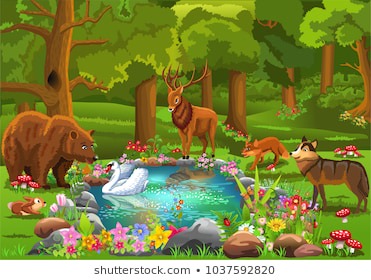 One day, Hare called a meeting and suggested that the other animals should join him in a new business enterprise. The animals agreed. They sold their cattle, sheep and goats to raise the money, while Hare went in search of a suitable plot of land.

Within a month they had bought a plot.

It was no accident that Hare assumed all the main responsibilities: he was the treasurer, secretary, chairman and everything else you can think of. It was Hare who purchased the plot with the money the animals had raised, and he registered it exclusively in his name: Mr Hare Wanakhamuna, Plot No 1, Erowe Market.

As soon as he had wholeheartedly performed these tasks with the high motivation of his colleagues, Hare called his colleagues and said, 'now my friends, we have the plot of land and the license containing all our names. Let us now make bricks and carry them to the site of our new premises

The Aftermath Of Ignorance

The other animals enthusiastically agreed. Within six months, the business premises were completed. Without informing the others, Hare began to embark on a number of lucrative business ventures, buying and selling, until he became quite wealthy. Within a surprisingly shone day, Mr Wangwe, a shareholder, approached Hare for some financial assistance: his wife was sick and he wanted to take her to hospital. Hare refused and when Wangwe tried to reason with him, he ordered him to leave the premises immediately.

Filled with a mixture of rage, frustration and embarrassment, Mr Wangwe went to inform other stakeholders about what had happened. They were amazed and decided at once to send a deputation to see Hare.

They found Hare sitting in his office. The spokesman, Mr Wanjofu, demanded an explanation. You are wasting your time, Hare said bluntly. 'These premises are mine and I can prove it. In fact, I advise you to leave at once, as you are trespassing'. The animals were stunned. Mr Wanjofu could not stomach this barefaced treachery. In an instant, he had knocked Hare a sprawling to the ground. Some of Hare's employees rushed in to assist him and the animals were finally ejected from the premises.

The animals were arrested by the police, and taken to court. In the proceedings that followed, Hare started his case and produced documentary evidence to prove his claim to the land and premises. It was an open-and-short case. The animals were sentenced to seven years' imprisonment and thirty strokes.

Back in the village, the local chief called a meeting. He addressed the meeting as follows: 'As the law says, ignorance is no defense. Mr Wanjofu and his friends could not be acquitted on the grounds of ignorance. Hare exploited their ignorance, cheated them of their rightful dues and even had them put to jail.

Even today, I am sorry to say that, there are still Hares among us who seek to exploit us.

Content created and supplied by: Temito (via Opera News )