Wesley Ira Purkey was convicted for violently raping and murdering of 16-year-old Jennifer Long, after which he dismembered, burned and dumped the young girl's in a septic pond. He was also convicted in state court for using a claw hammer to bludgeon to death 80-year-old Mary Ruth Bales. A jury in the U.S. District Court fir the Western District of Missouri found Purkey guilty of kidnapping a child resulting in death, and he was sentenced to death on January 23, 2004.

After many years of litigation following the death of his victims, and was afforded every due process of law under America's Constitution, Purkey has finally faced justice. The death penalty has been upheld by the federal courts, supported on a bipartisan basis by Congress, and approved by Attorney General under both Democratic and Republican administrations as the appropriate sentence for the most egregious federal crimes. 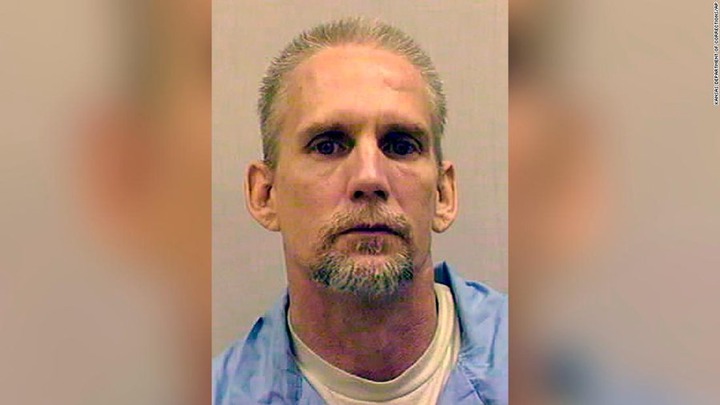 Wesley Ira Purkey was strapped to a gurney inside the execution chamber. His body was completely covered with a light blue blanket. His arms were stripped to side boards using black restraints. An IV was inserted into his side arm and a pulse oximeter was on his finger of a tattooed hand.

A senior BOP official removed a mask from Purkey's face and asked him if he wanted to make a last statement.

Wesley Ira Purkey was executed at USP Terre Haute in accordance with the death sentence imposed by a federal district court in 2004. Purkey was pronounced dead at 8:19 am. EDT by the Vigo County Coroner. 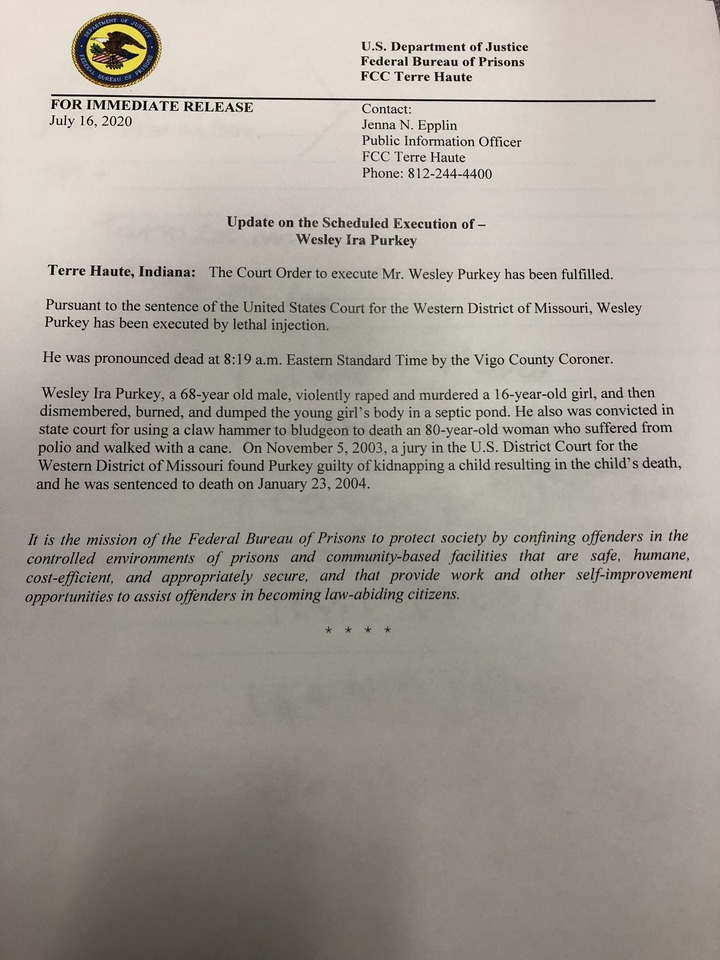