Remember the tricycle man that had a clash with FRSC, see the statement released by FRSC on his case

By Jhoenews (self media writer) | 2 years ago 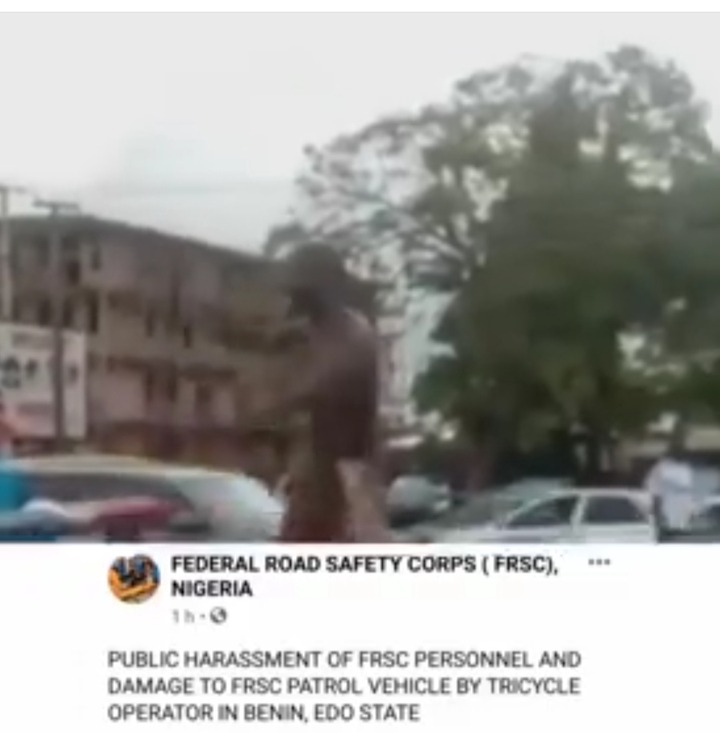 If we would recall there was a clash between a tricyclist and the FRSC on Saturday. The incident happened in Benin,Edo state.

The video went viral and one would think that the man in the video was being treated roughly and violently. In the video,the man went naked leaving only his boxer. This he did to protest the arrest levied on him by the FRSC officials.

Just this morning, the FRSC has released a statement to explain what happened and what would be done on his case.

According to the statement released,they said the man was trying to resist arrest. In the bid of doing so,he stripped himself,went to hit an officer. And that was how the fight began. In the statement,they said he would be punished accordingly. This would serve as a lesson to others who are going to take after his footsteps.

I see no reason why the man has to go to such extent. The matter could have been settled amicably instead of hitting an officer. 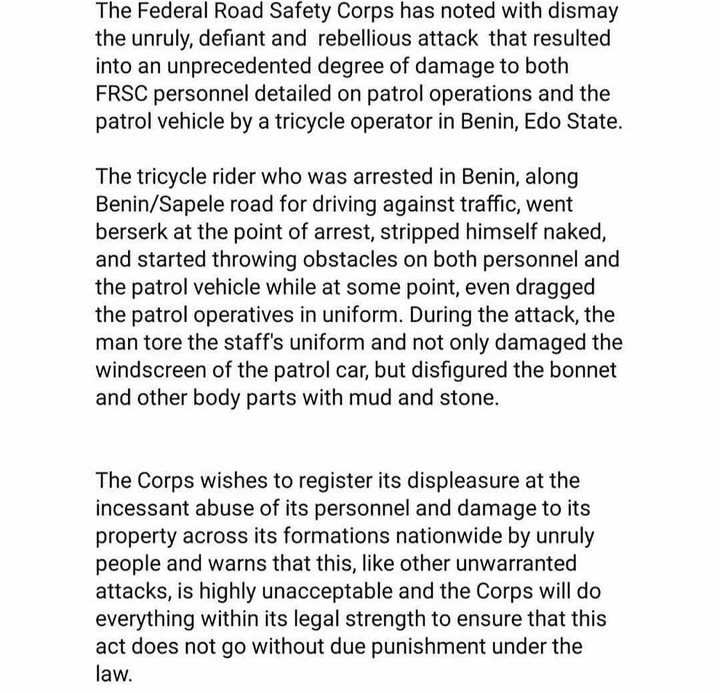