Lady And her Boyfriend arrested for Killing her Ex-boyfriend and Stealing his Bajaj Motorcycle. 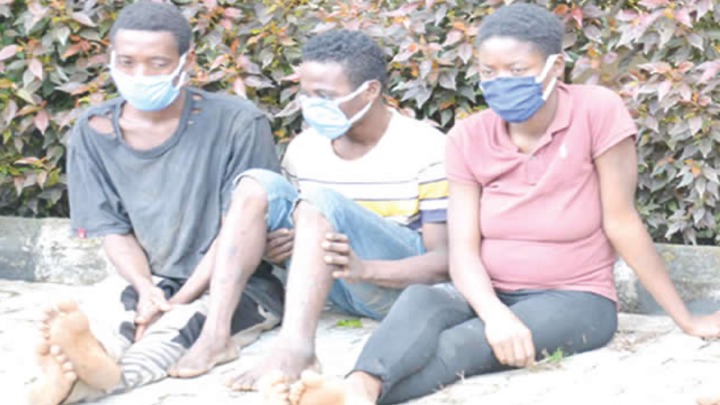 The Ondo State Police command paraded some arrested suspects recently and among them was 25 year old Iyabo Julius, Adebayo Sunday and Jeremiah who were arrested in connection to the murder of Suleiman Azeez, a commercial motorcyclist.

The suspects were Paraded at Alagbaka in Akure where the Ondo State Police headquarters is Situated.

Speaking during the parade of the Suspects was Mr Bolaji Salami, the Commissioner for Police in Ondo State who described how Iyabo Connived with the two other suspects to take the life of her former lover (Suleiman) and steal his Bajaj Motorcycle.

According to the police commissioner, “One Suleiman Azeez, 25, a commercial motorcyclist, left home for his daily bread with his Bajaj motorcycle but did not return home. His body was later found in a pool of blood around the 12/12 area Odigbo via Ore.”

He further added that investigations by the Special Anti-Robbers Squad (SARS) led to the arrest of Adebayo and Jeremiah while they were attempting to sell the Motorcycle.

The suspects confessed eventually during interrogation, how Iyabo who was dating Suleiman arranged with Adebayo, her new lover to murder Suleiman for his motorcycle.

According to their confession, the suspects disclosed that they two lovers, Adebayo and Iyabo had planned to use proceeds from the sale of Suleiman's motorcycle to organise their wedding ceremony.