Just In: Rivers Police Clarifies Operatives who attempted to Arrest Nunieh were on Legitimate Duty 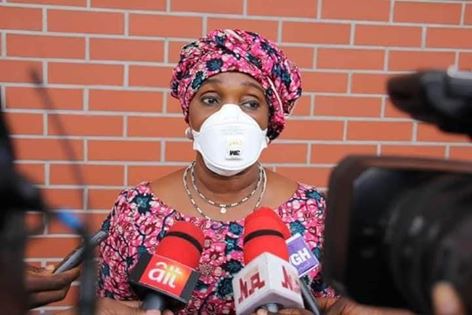 The Rivers State Police Command has dispelled reports that the armed operatives who attempted to whisk Gbene Joi Nunieh away Thursday were neither sanctioned by the Inspector General or the Commissioner of Police in Rivers State.

But the Rivers Police Command in a statement released by Dsp Nnamdi Omoni, the Public Relations Officer has reprimanded The Vanguard newspaper for spreading the report.

Below is the statement:

"The attention of the Rivers State Police Command has been drawn to an Online Publication, credited to Vanguardngr.com , where it was erroneously reported that "the MOPOL presence at the residence of Joi Nunieh was not the directive of the Command"

Ordinarily, such a phantom report should have been ignored but due to the potential danger inherent in keeping silent, the Command is minded to react and state the true position as follows:

1. That the Command is not oblivious of the fact that Social Media is a loose canon, where all manner of things are thrown into.

2. That the Command has maintained steady and harmonious working relationship with the Vanguard Newspapers; being one of the Media Houses that has been consistent in reporting our stories.

3. That the Officers who were at the residence of the former Ag. MD Joi Nunieh were from the IGP Monitoring Team in Abuja and were here on Official assignment.

4. That before they proceeded to her residence, they observed due protocols and requisite standard operating procedures,including going through the processes of arriving themselves at the Headquarters with their Investigation Activities duly signed and approved by the Commissioner of Police, CP Joseph G Mukan psc (+)

5. That they went to her residence with Mobile Policemen, suggesting of course that they were there on official duty and not illegal duty as speculated.

5. That, the reference indicating that the Officers were there without the directive of the CP nor the IGP is preposterous and most unfortunate., hence should be discoutenanced and disregarded. 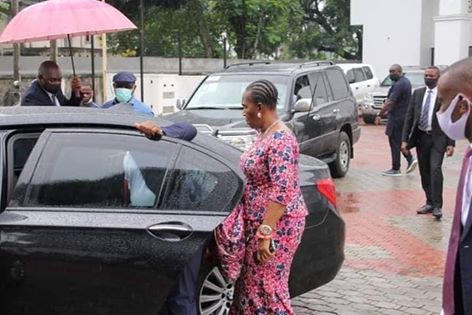 7. That the Command under the watch of CP Joseph G. Mukan psc (+) is poised to deliver quality Policing services that will endure and stand the test of time. The Command will continue to remain firm, focused and will not be distracted by any consideration."