By OfficialTeeq (self media writer) | 2 years ago

EFCC Arraigned Two Chinese in Court on Wednesday For Trying to Bribe Official With 50million Cash. 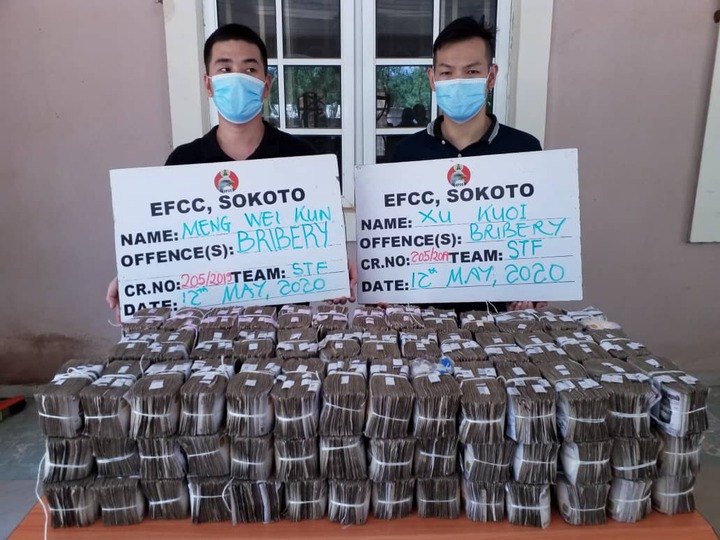 The Economic and Financial Crime Commission (EFCC) has arraigned two Chinese nationals for attempting to bribe officials of the commission with 50 million Naira in Sokoto State.

This was revealed to the public through a press statement released by the commission on Wednesday evening.

The Head of Operations of the commission in Sokoto State, Abdullah Lawal, explained to the Federal High Court in Sokoto how two Chinese nationals identified as Meng We Kun and Xu Kuai offered him the sum of 50 million Naira on behalf of a Chinese Construction Company, Zhonghao Nigeria Limited.

According to the statement, the bribe was offered to compromise an ongoing investigation in the company. The firm got a contract from Zamfara State Government between 2012 and 2019 which worth 60 billion Naira and the EFCC is investigating the conduct of the company.

Mr. Lawal explained to the court that the incident happened in May 2020, when one of the Chinese national called him that a sum of 100 million Naira has been arranged for him to compromise the ongoing investigation, he then called the acting chairman of the commission, Ibrahim Magu, to inform him of his readiness to arrest the defendants if they proceed with there plan and the chairman gave him the go-ahead.

He then arranged his, team, on standby, and then scheduled an appointment with the defendants for 7 pm.

He was the first to attend the meeting point and then began to discuss with than before his team finally arrived. The Chinese citizens were arrested with the sum of 50 million Naira cash arranged inside seven cartoons and other valuables.

The cash was presented before the court as evidence.

The presiding judge, Justice Muhammad Sifawa, adjourned the court hearing to August 10, 11, and 12 and ordered that the money should be kept at the Central Bank of Nigeria branch in Sokoto State. Read more about the story below. 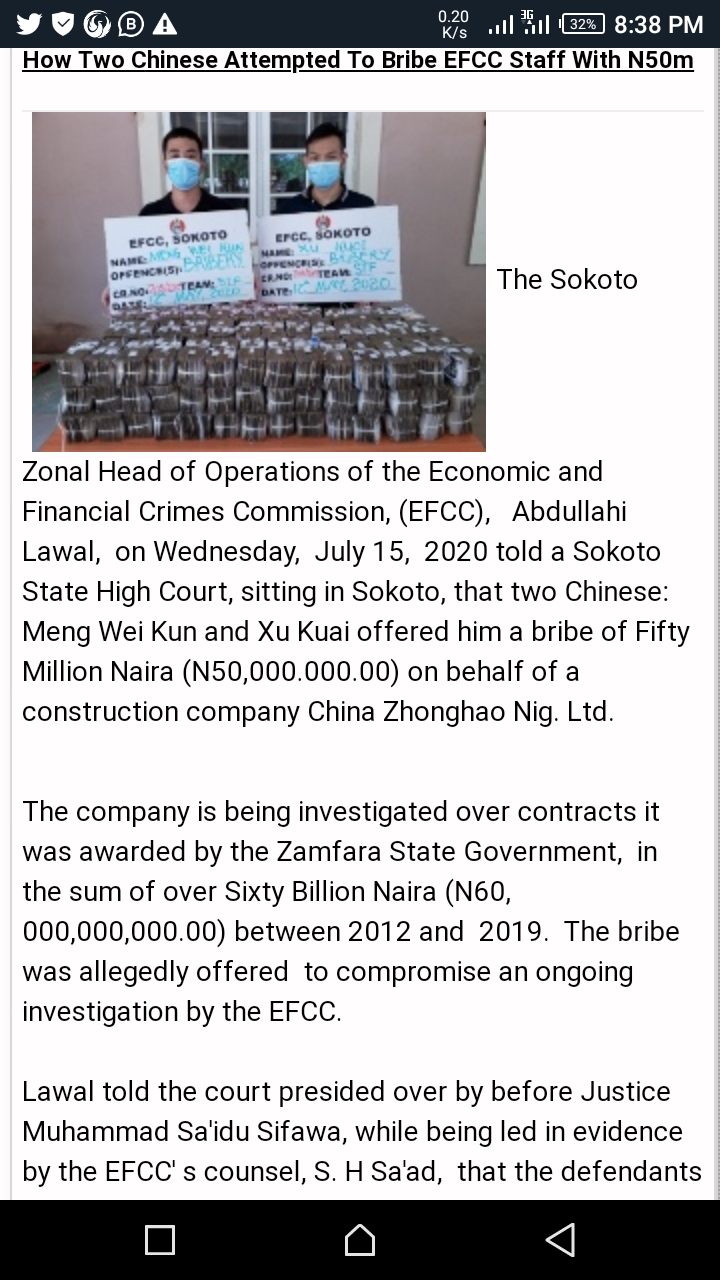 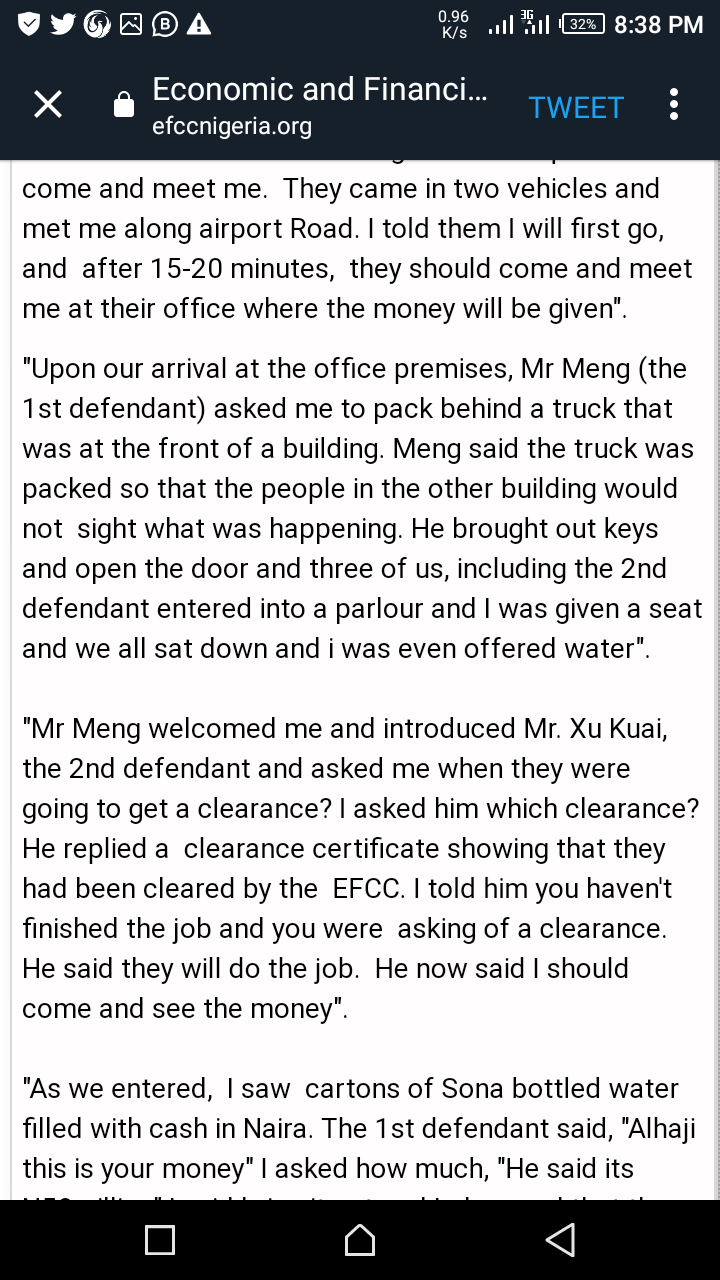 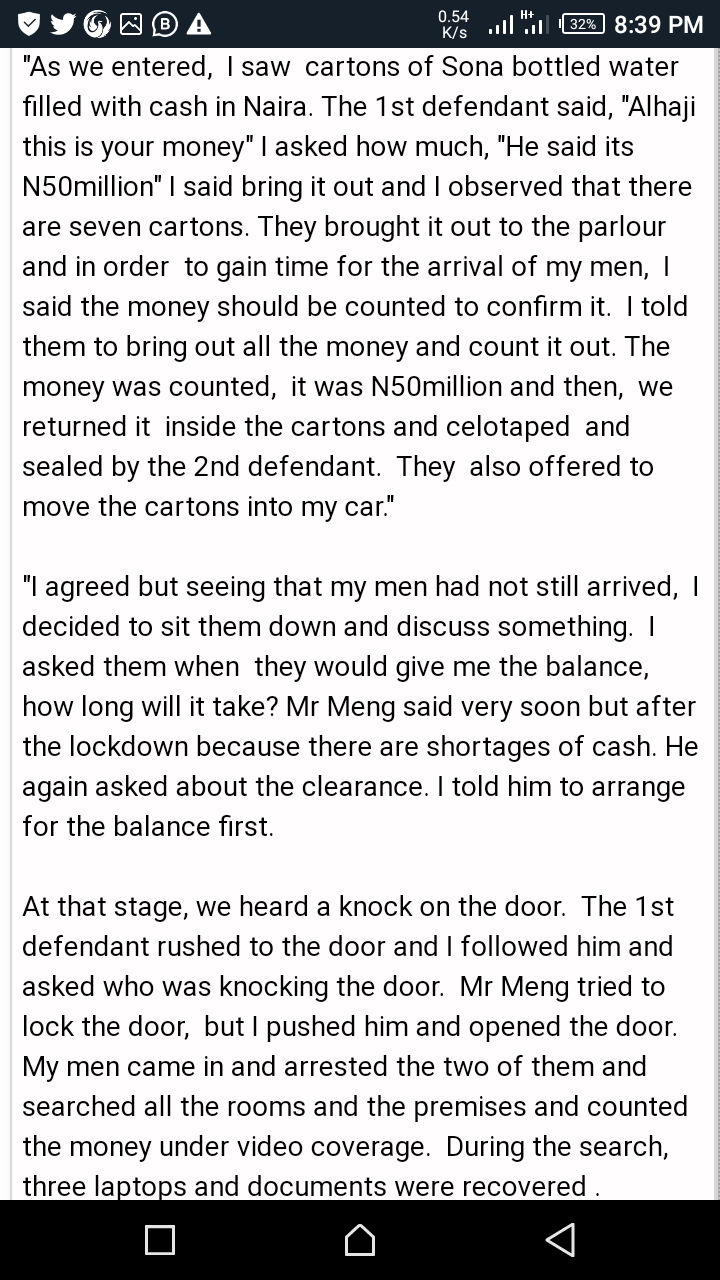 Do you believe the EFCC Officials?