Abba Kyari Has Done It Again, Thanks To The Nigerian Security Outfit

By Satinews (self media writer) | 2 years ago

The end time is already here please people let's be careful, let's be careful who we call friends cause many of those friends don't want to see us succeed, learn to trust no one even yourself, be self disciplined else you might end up 6ft under the ground just like the man in this story. 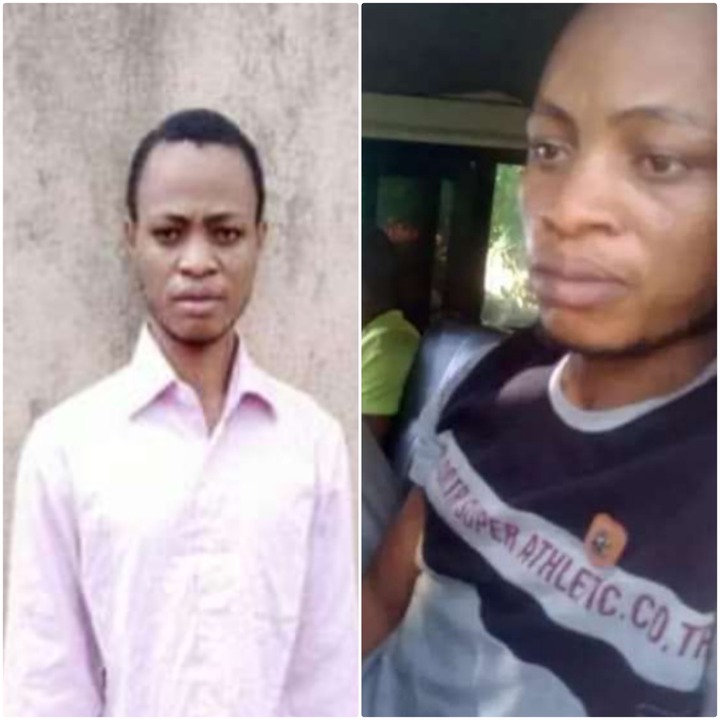 A story was told of one Moses (29). He is an indigene of Auchi in Edo state, Moses works in a table water company in Abely area of Auchi. It was reported recently that Moses killed his supposed best friend and colleague in person of Abuchi Wisdom Nwachukwu because he saw an alert of 13 million Naira in Abuchi's account.

The two friends used to work together in the water company, so when Abuchi's elder brother sent him the money to help him complete his house project in the village in Imo state, Abuchi being proud of his brother decided to share the good news with his best friend Moses. This happened in January 7th 2020. 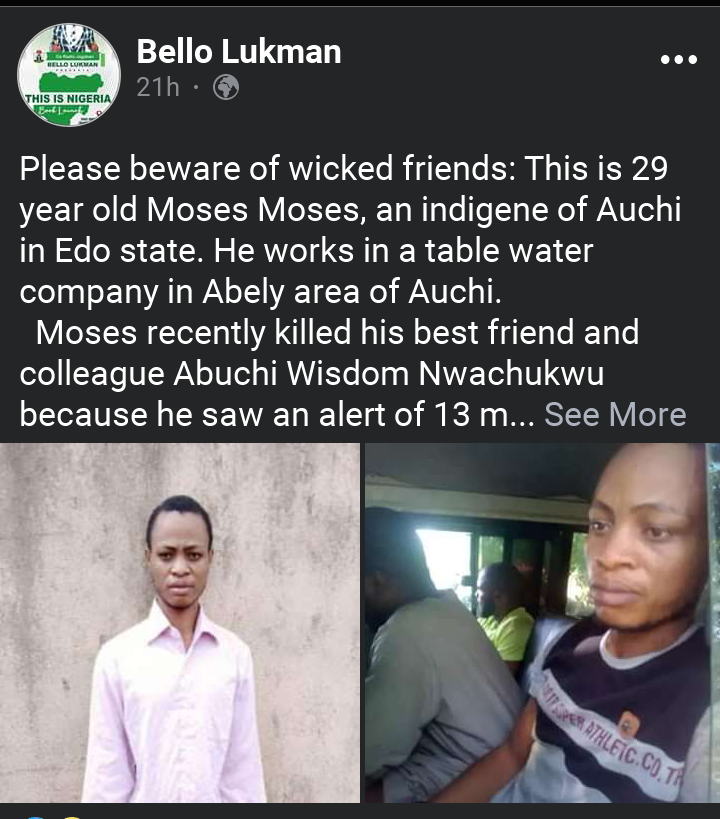 On January 8th being the next day, while Moses and Abuchi were observing their night shift in the company, Moses now lured Abuchi to a lonely bush path where he stabbed, killed and removed Abuchi's head and buried it so his body will not be recognized.

Already, Moses knew the pin of Abuchi's ATM. Moses now withdrew some money from the ATM and use the POS for some other transactions, Moses then took Abuchi's phone to Internet fraudsters and immediately withdrew 2.2 million Naira from Abuchi's account.

It was reported that Moses started moving from one hotel to the other in Benin, Ore and Auchi with girls of different caliber. Abuchi's elder brother who was in South Africa wrote a petition to the inspector general of police who ordered the IRT led by Abba Kyari to crack the case.

As the investigation kicked off, they traced Abuchi's ATM transactions which led to the arrest of Moses alongside his accomplices which include Yusuf Sagiru, Tony Bright and Terence Okechukwu.

Moses in his confession on Thursday added that the ghost of Abuchi Wisdom Nwachukwu has been hunting him to the extent that some girls with him run away saying he wants to use them for rituals.