By Aprilshowers (self media writer) | 1 year ago

Today may have been a soothing breath of air for Ibrahim Magu, former acting EFCC boss as he is finally released after 10 hectic days in custody of the police. It is however a black one for 12 EFCC directors who face indefinite suspension for several corruption allegations by presidential committee. 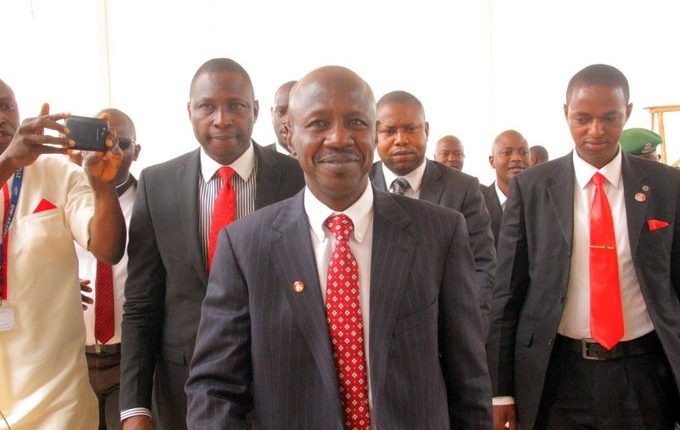 President Muhammadu Buhari has given an order to the Attorney General of the Federation, Abubakar Malami to immediately serve 12 EFCC directors indefinite suspension.

The order is coming from the president after the Presidential Committee on Audit of Recovered Assets(PCARA) levelled several corruption allegations against Ibrahim Magu and other loyalists to the former acting EFCC boss who the Punch newspaper notes as 'Magu boys'.

All efforts made by the panel to reach the 'Magu boys' proved abortive. "This has triggered the request by the panel for the outright suspension of all the directors of the EFCC", a source who pleaded anonymity said.

In one of the audit reports presented by the Presidential Committee on Audit of Recovered Assets, the amount of recovered money reported by the EFCC N504,154,184,744.04. Meanwhile, the actual bank deposit was N543,511,792,863.47. This indicates that EFCC may have re-looted over N39 billion from the total amount recovered from looters within 2 years.

With the current exposure of all the very dirty deals going on in the Nigeria anti corruption agency, what is the reputation of the country in the eyes of the international community?

The good news is however that Magu's case has proven that the Buhari administration is really fighting corruption as promised. Investigating an anti corruption agency like EFCC is a good move in the anti graft war.