See The Little Idea That Turned To Millions Of Dollars For Late Gokada CEO, Fahim Saleh.

By Swiftinfo (self media writer) | 2 years ago Unfortunately we lost Fahim Saleh, the CEO of Gokada, but his Name and his Achievements at age 33, will forever remain a source of inspiration to teeming youths around the world.

Sometimes and most time, it is not how long, it is how well. Unfortunately, some wicked people have shorten the lifespan of this genius, who started creating Apps at age 15, but what he has achieved will forever linger in our memories. Although he didn't live long, but he has achieved much at just 33 years old. He has achieved all these and owned his own companies. Employed so many youths, putting food on their table and taking them out of crime. Because when you employ people you take them out of crime. A Man who is not employed will be hungry, and when a man is hungry, he will be angry, and when a man is angry, he takes to crime. Though crime is not the solution, but a man has to survive anyway.

I'm not here to mourn the death of Fahim Saleh, but I'm here to celebrate his life because he spent a brief life that is meaningful. Brief life but he has been able to achieve something tangible and is a source of inspiration to me as a person. If such a young man can achieve all these things at his age, just 33, what am I doing? I don't have any excuse not to succeed,if Saleh can do it, i can do it and you can do it too.

The little idea of Late Fahim Salem that turned to millions of dollar.

Very early in his life Fahim Saleh realised that for busy commercial city in the world where workers were always in a hurry to get to work that a bike healing service would bring some sort of ease into the system and this is the reason why he started the bike healing service or a motorcycle taxi.

That is the idea I'm talking about. What is your own idea that will make you to become something in life? what is that thing that you have in mind? what are the problems that you see around you that you feel you can help people to solve? Do you know by the time you solve these problems, you'll be making millions of dollars like Saleh. Fahim Saleh saw a problem, then he thought of a solution, he realised that people need an alternative way they can move, because there's always traffic in the big cities, so he thought of this idea, and he worked on his idea, and his idea became a reality, and that is why even after his death we are celebrating him. 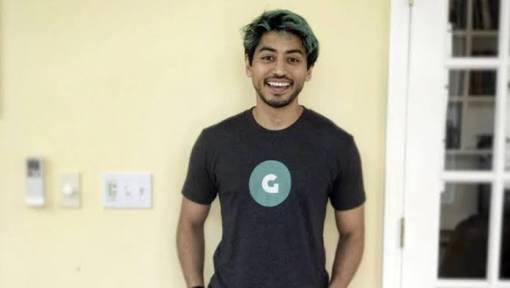 Saleh co-founded Pathao with Hussain M Elius and Shifat Adnan, now said to be the largest bike-hailing in Dhaka, Bangladesh. The company later pivoted into logistics and food deliveries, and is valued to be worth over 100 million dollar. It was the success of this co-owned company that made Fahim Saleh to go solo and founded Gokada. The company Gokada started operating in Lagos Nigeria in 2017.

Lastly, and Sadly, Fahim Saleh died an untimely and an unexpected death on Tuesday 14, July 2020. He was murdered, but the perpetrator of the gruesome act are not discovered yet.

On Tuesday, the dismembered body of a young man was found in a luxury apartment on Manhattan's Lower East Side. Officials later confirmed the body belongs to the 33years old Saleh Fahim.

Content created and supplied by: Swiftinfo (via Opera News )