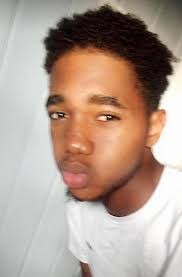 A popular twitter influencer who goes by the name "Jayythedope", Shola has just been discovered to be in the custody of the Nigerian Police over a tweet he made weeks ago regarding the wife of ex-president Goodluck Jonathan.

I also made further findings and discovered that his account may have been suspended. 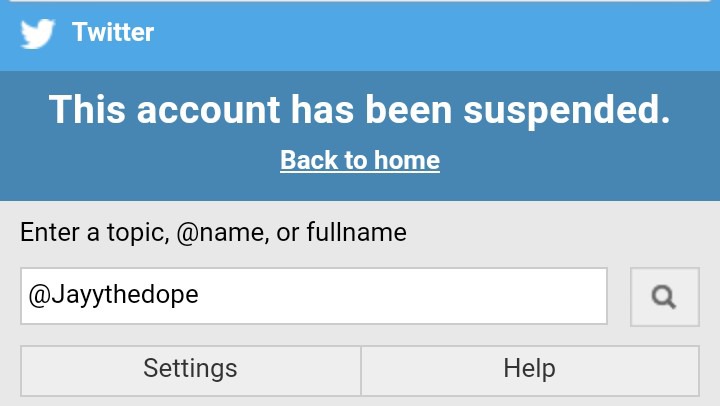 His tweet was aimed as a humorous response to a post made by another twitter user, but little did he know that it would land him in trouble.

Just before I reveal in details what exactly he tweeted, I would like to use this development as warning to other people who misuse the freedom of the internet and social media platforms in general to write whatever they like. 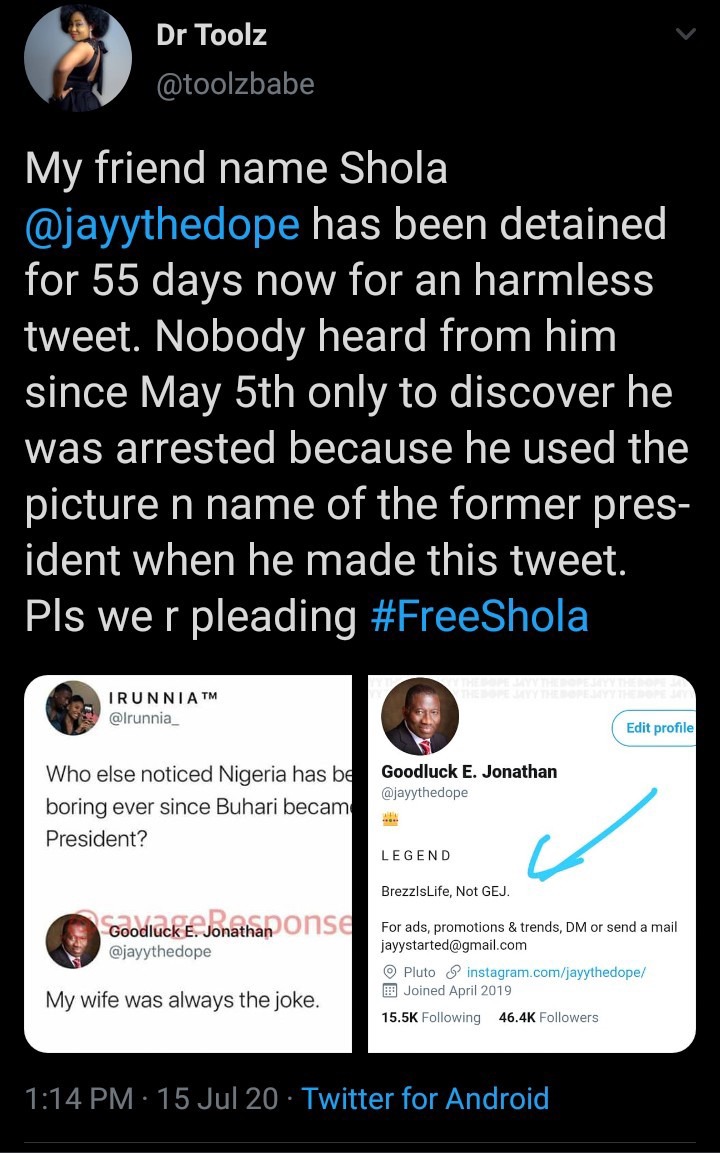 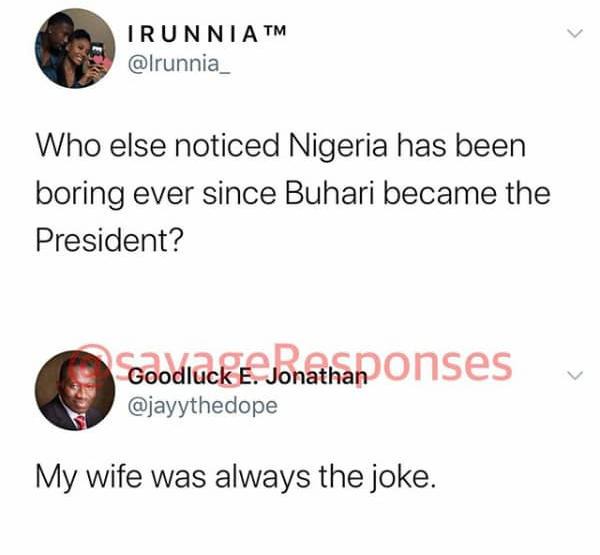 • Can see the "jayythedope" under Goodluck E. Jonathan? 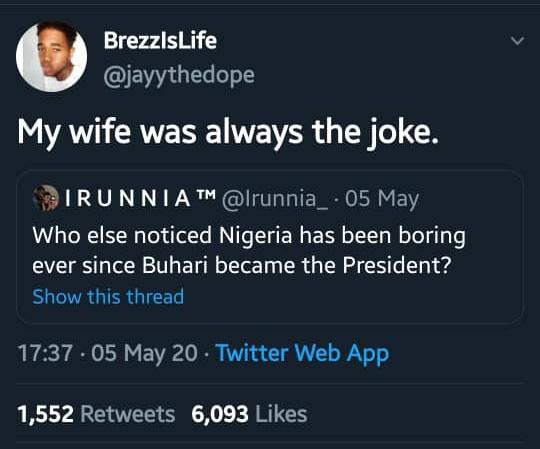 After making the reply, he then went went on to change his account name back to the original one people knew him with (BrezzIsLife).

People may want to see what he wrote as "harmless", but I can assure you that the usage of the former president's name, picture and also making reference to Patience Jonathan as "my" wife, is not just offensive, but a criminal act of impersonation which attracts punishment. 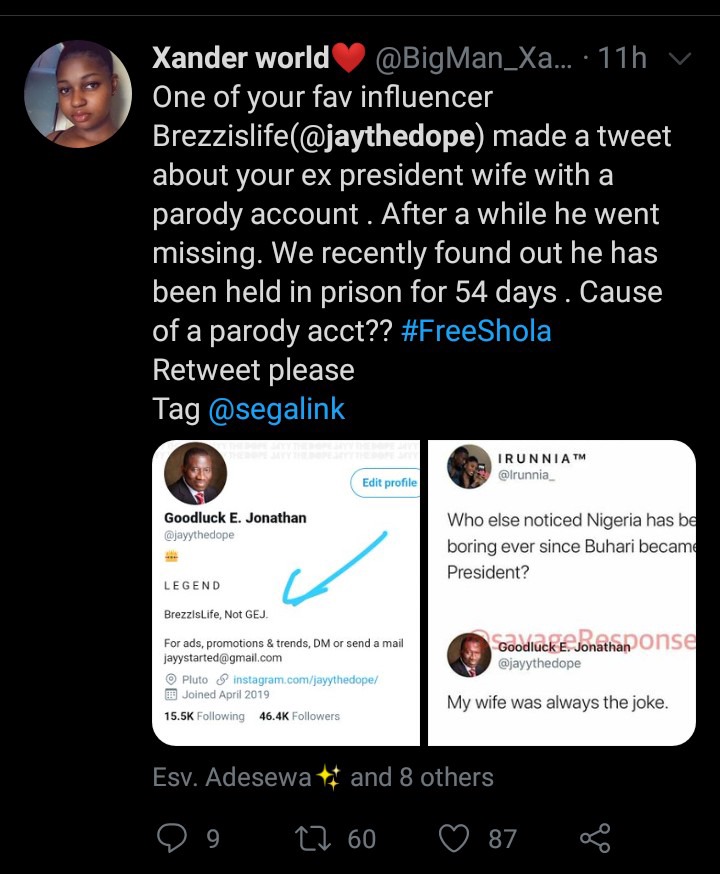 However, it has been claimed that "shola" has gone missing for quite some time, and it's only recently that they discovered he was in police net, counting up to over 50 days now.

After updates about his whereabouts surfaced on twitter, a lot have began to react, questioning what kind of crime he committed in such a "harmless" tweet. 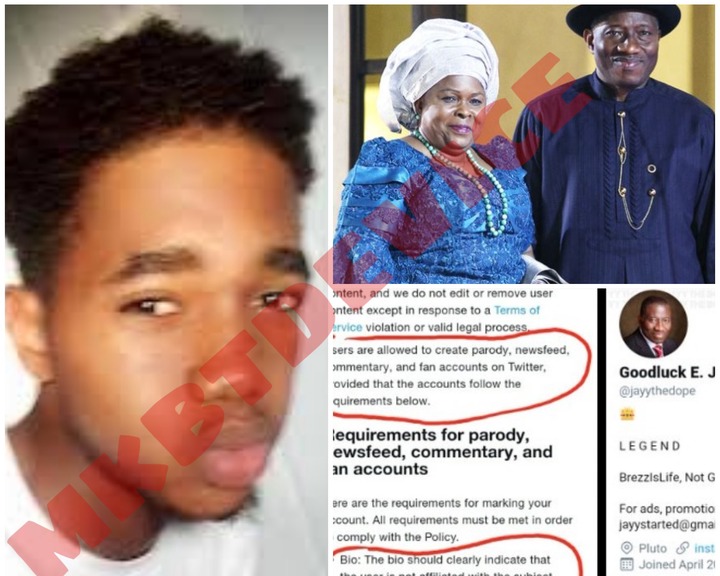 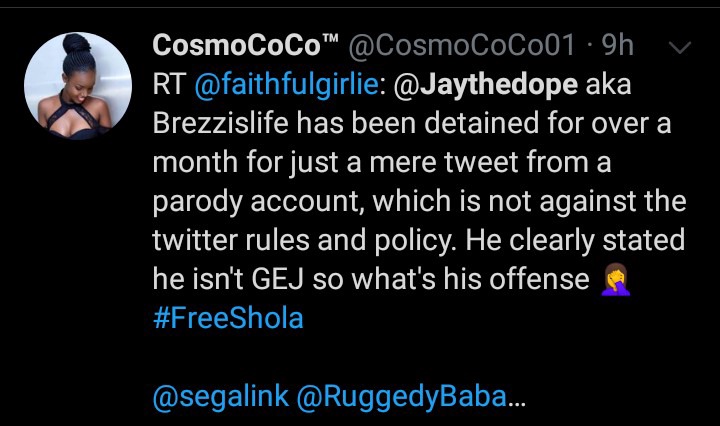 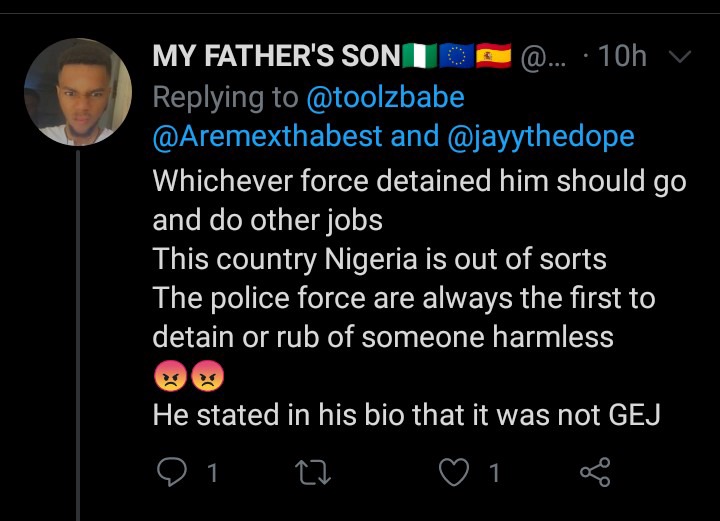 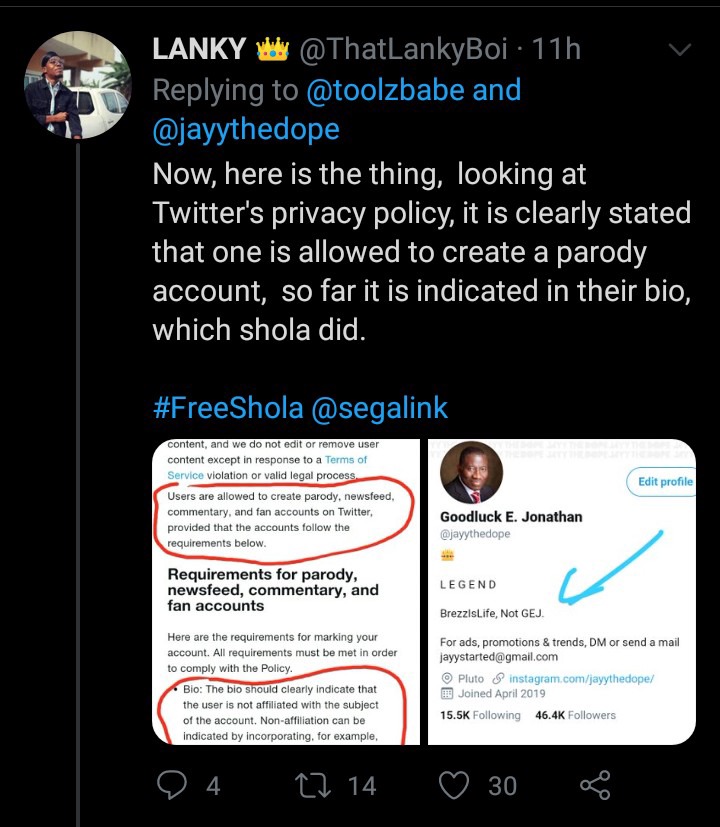 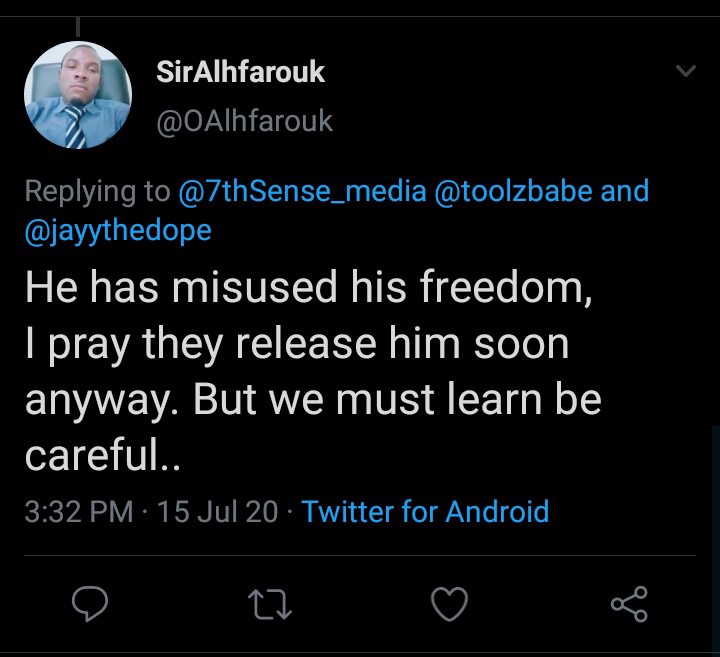 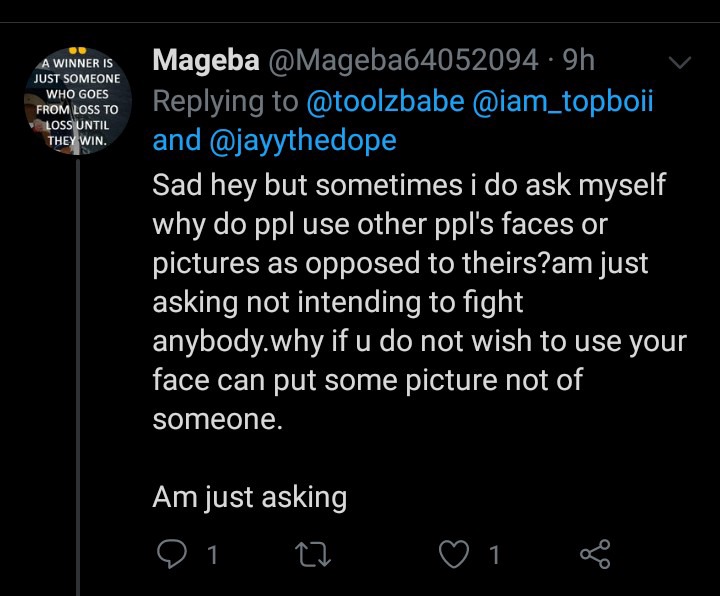 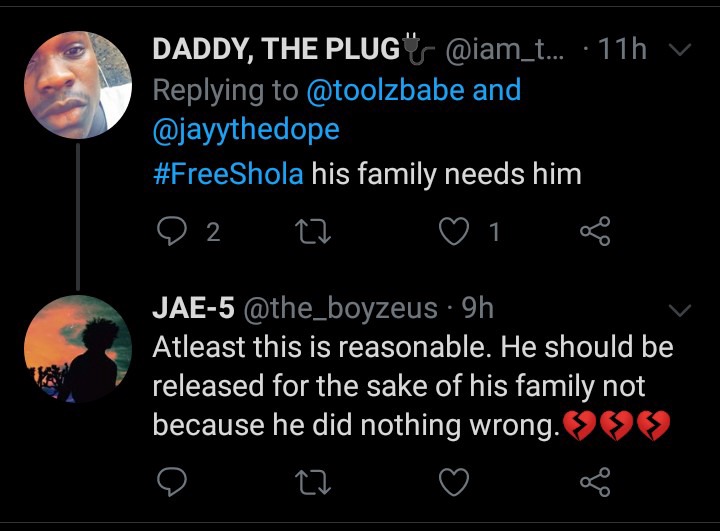 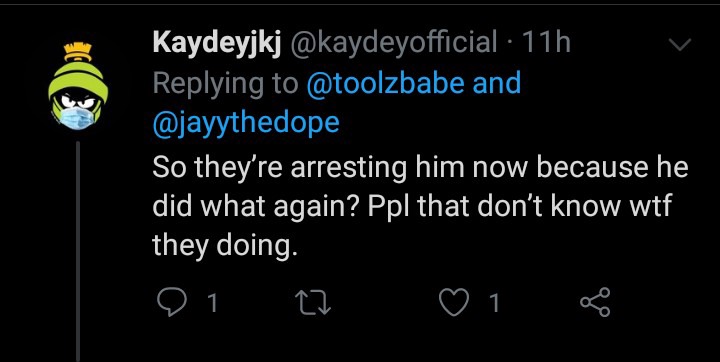 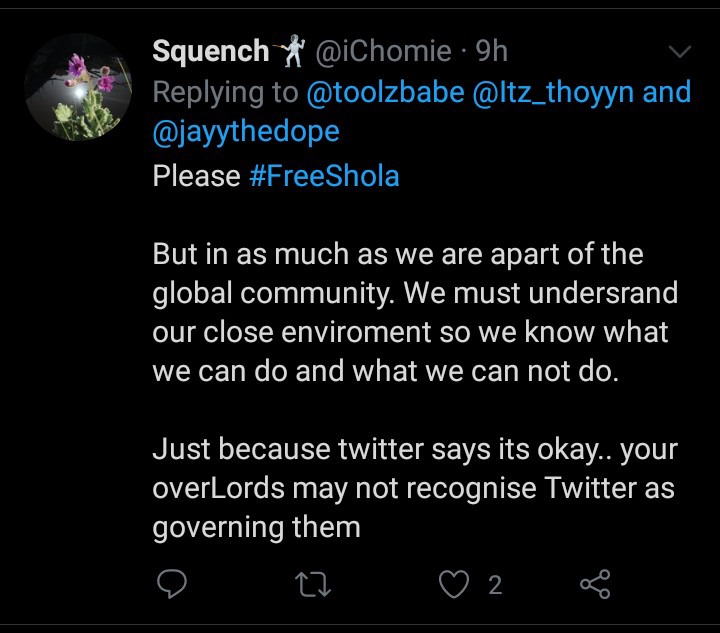 Do you think Shola was rightfully detained?