I Slept With 10 Men While Being Initiated, 19 Years Old Girl Who Joined Cult Confesses In Edo State

By eromoseleemmanuel7 (self media writer) | 2 years ago 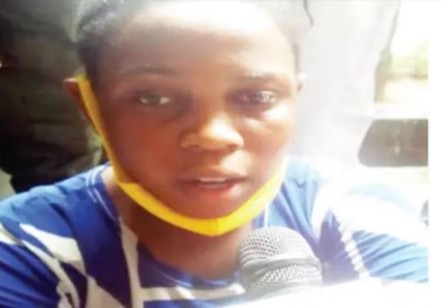 A 19 years old girl, by name Blessing David, who is a member of a secret cult called Marine Girls, yesterday, confessed to have slept with at least 10 men, during her initiation into the group, The PUNCH reports.

The young girl, who was also initiated with other girls, revealed that, part of the initiation rites, was sleeping with the men.

She disclosed this information, at the Edo State Police Command headquarters, when Mr Johnson Kokumo, who is the Commissioner of Police, paraded 15 armed robbery suspects, six cultists, three kidnappers and four murder suspects.

It is surprising to note that, the cultists were three teenage girls, members of the cult group Marine Girls.

She revealed that she was initiated into the group in the year, 2019.

According to her, am Blessing David and i was initiated into the secret cult group in 2019. During my initiation, I slept with not less than 10 men as part of my initiation process.

This is important, in initiating new members into the secret cult group.

Another of the paraded cultist, by name Ada Emeka, who is 16 years old girl, also disclosed that, she also slept with 10 men, as part of her initiation rites.

Cultism has become so common in the society, with many of the youths involved in it. In Edo state, a bill has been passed by the house of assembly against cultists, waiting for the assent of the Governor.