Why Is NAF Hiding Identity Of A Classmate Who Killed Flying Officer Arotile?

Why Is NAF Hiding Identity Of A Classmate Who Killed Flying Officer Arotile? 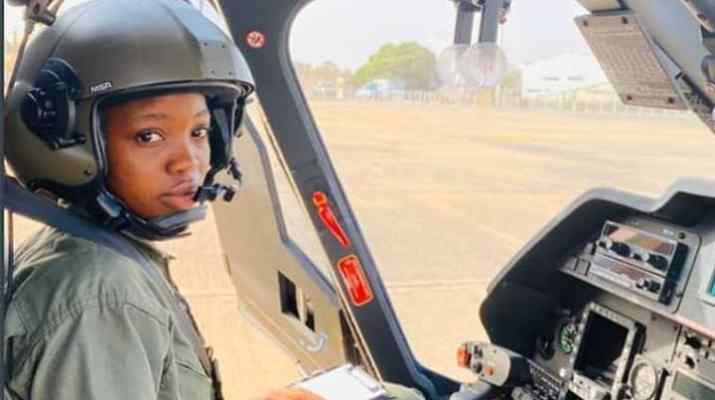 Suspicions are beginning to trail the death of Miss. Tolulope Arotile, a flying officer alleged to have been killed by an excited classmate who saw her and wanted to greet her while killing her when reversing her car.

Her family and relatives have since disagreed with the Nigerian Air Force (NAF) explanation on the cause of her death.

In an interview with The PUNCH on Thursday, Miss. Adegboye, her sister called for an investigation into her death.

Adegboye was reported to have said, “We in the family are not convinced that Tolu can just die like that in a freak accident. I know that the military is well trained in the art of investigation, we want them to carry out a thorough investigation that can convince us beyond all doubts that the incident that led to her death was real.”

Adegboye disclosed that a senior officer had called the late flying officer to come to the Air Force Base while she dropped her off and received news of her death an hour later.

“A call came into her phone which she picked but from the way they spoke, I knew the caller must be a senior officer calling her to come to Airforce base. She felt reluctant and I offered to drop her off.

Mr. Gani Adams has also called for a probe into her death. In a statement on Thursday signed by his spokesperson Mr. Kehinde Aderemi, Adams asked the international community to compel the Nigerian state to investigate the cause of her death.

“As far as I am concerned, reports of her death remained suspicious to me because her death has raised many questions,” Adams said.

Adams pointed out that the way Arotile was reported to have died raises more questions that need answers.

Worse still, the NAF authority in a statement announcing her death, alleged that she was killed by an excited classmate who saw her, wanted to greet her and killed her while trying to reverse her car to greet her.

This is even as the NAF authority up till this moment has not disclosed the name of the excited classmate leaving many to suspicion over the real cause of her death.

4 Suggestions For Keeping Your Clothes Clean While On Holiday