A video on Twitter shows a three-wheeler driver, known as Keke Napep, Fighting with officials from the Federal Road Safety Commission (FRSC). The incident occurred on the Benin-Sapele expressway in Edo State in southwestern Nigeria. 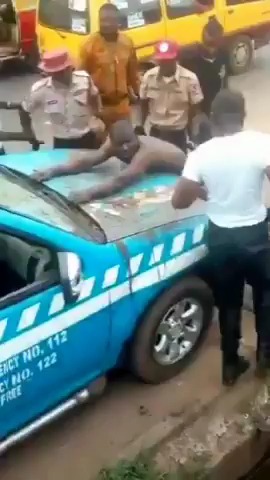 In a video distributed by Premium Times, the man remove his dress, and rode on top of the FRSC vehicle.

The furious man said he would not get off on top of the vehicle.

The man at that point bounced up and got one of the officials, punched him and tore his uniform. 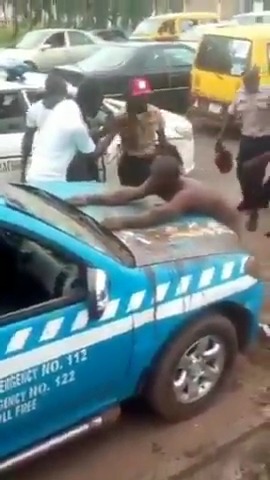 As indicated by FRSC representative Bisi Kazeem, the incident occurred in the early long hours of Sunday morning. He said the man was captured for driving recklessly.

A senior authority said that during the Fight, one individual had broken the equipment of another official, including breaking the windshield and harming portions of the service vehicle with stones. Mr Kazeem depicted the FRSC officials' reaction as a self-protection strategy used to keep him from assaulting staff and their vehicles once more.

Mr Kazeem announced that the man, who had just been arrested, would be summoned in court as legally necessary.