This 19-Year Old Girl Confessed How She slept With 10 Men Before Joining A Cultist Group. 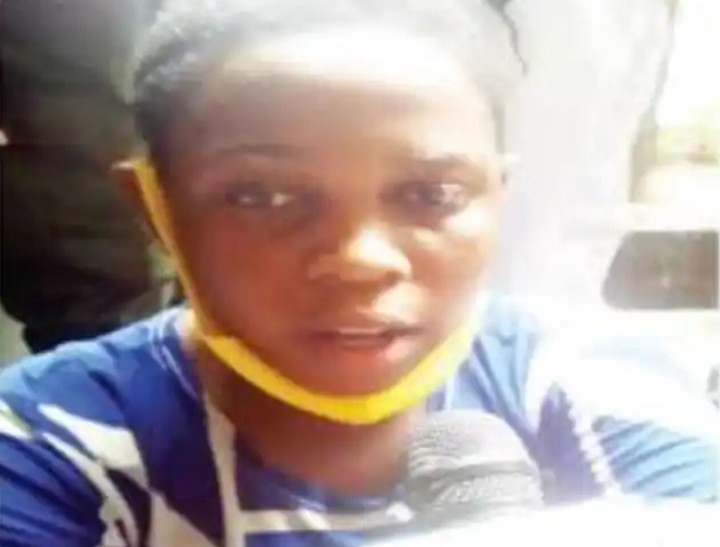 Blessing David, a 19-year old girl confessed how she was initiated into a cult group last year and how she slept with 10 men to complete her initiation process.

Report revealed that, Blessing David is a native of Benin City.

Blessing who was paraded by one Johnson Kokumo, the Edo State Commissioner of Police, alongside another teenager identified as Ada Emeka, who also passed through the same process for her initiation.

According to news men, Blessing said: My name is Blessing David, I was initiated into a cult group last year and slept with 10 people as part of the initiation process.

This confession was made yesterday, Thursday 16th July 2020, that she had sexual intercourse with 10 men in the process of her initiation into a cult group for females named marine girls.

The other girl whose name is said to be Ada Emeka said sleeping with the men was part of the initiation rites inorder to complete the initiation process according to the cultist group.

Ada Emeka who was initiated alongside with other girls, said sleeping with the men was part of the initiation rites and without it the initiation will not be completed.

The teenager made the disclosure at the Edo police headquarters, while being paraded by Commissioner of Police Babatunde Kokumo.

This is strange but true! it is quite unfortunate that young girls are seen in this habits nowadays.

In another report, operatives of the Edo State Police Command killed two of the eight-man armed robbery gang that operated at Amabga area of Benin City, the state capital.

One of the victims, who gave his name as Eghosa, said: When the police came, the robbers started exchanging gunfire with them. Two of them were killed and one arrested.

Eghosa also narrated the incident happened during the midnight, yesterday when he was already asleep with his wife that just puted to bed.

Furthermore, They quietly removed the window and used blocks to hit the protector. Before I knew it, they had entered the house and started beating everybody.

They even injured my mother and my newborn baby, and smashed my wife’s smartphone against the wall when they could not use it. Said Eghosa.

Eghosa revealed that they robbed about 13 other houses before people called vigilante group and the police immediately they left his place.

The eighth-man armed robbery gang that operated at Amabga area of Benin City, the state capital, reportedly robbed 13 houses, where they injured victims with matchets and other weapons.

Content created and supplied by: Temidayo41900 (via Opera News )