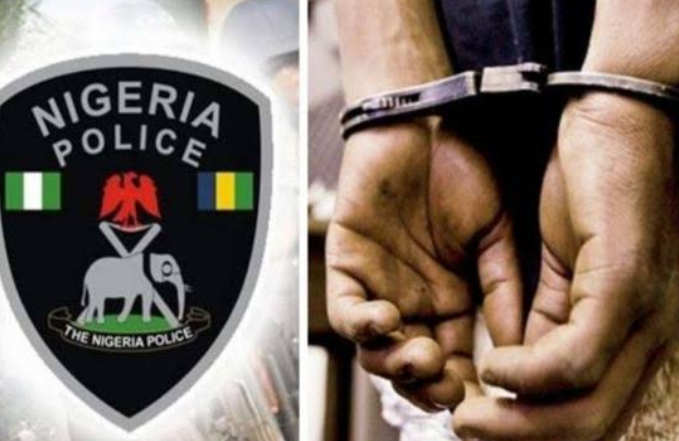 No fewer than three suspected armed robbers have been arrested by the police in Ogun State.

According to Oyeyemi, the three suspects were nabbed at Alapako area, along the Lagos-Ibadan express way.

The police spokesman identified the as Uzefa Idris, Adamu Yakubu and Ayuba Buhari.

According to him, their arrest was made possible following a distress call received by the DPO Owode Egba division, SP Mathew Ediae.

Ediae had been informed that a Mazda bus has been forcefully stopped on the highway by a gang of armed robbers and the occupants are being dispossessed of their belongings.

Upon the distress call, the DPO quickly led his anti robbery team to the scene.

Sighting the policemen, the suspects reportedly took to their heels; but they were however, chased into the bush where three amongst them were apprehended.

Police disclosed that two victims of the aborted robbery operation were a woman, Oluwakemi Oyegade,' who was dispossessed of N545,000 with one itel phone; and Zacheaus Olaniyi, who was the driver of the bus. They had been rescued to the police station.

“The two victims narrated that the hoodlums jumped on the road from the bush and forcefully stopped the vehicle, consequent upon which they started beating them with matchet before dispossessing them of their valuables," he said.

A sum of N99,700 and one itel phone were recovered from the suspects.

The State Commissioner of Police, Kenneth Ebrimson, has said the suspects should be immediately transferred to the SARS unit of the police force for discreet investigation and prosecution. 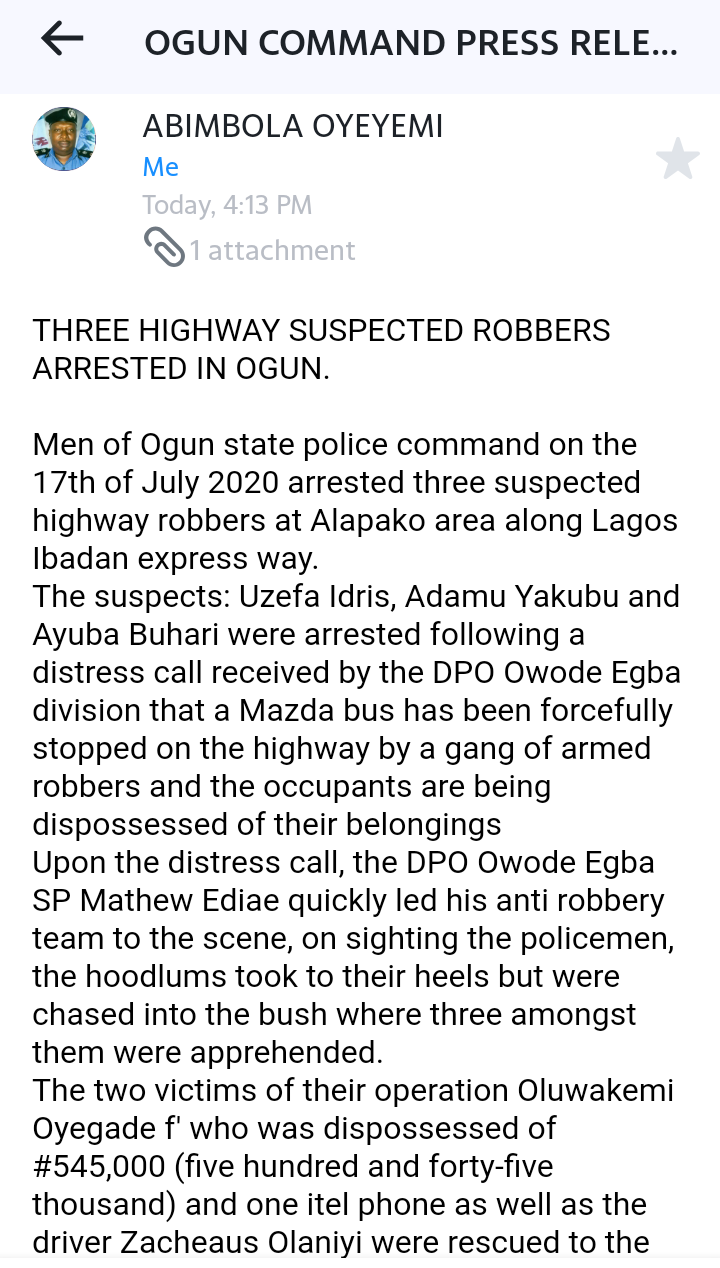 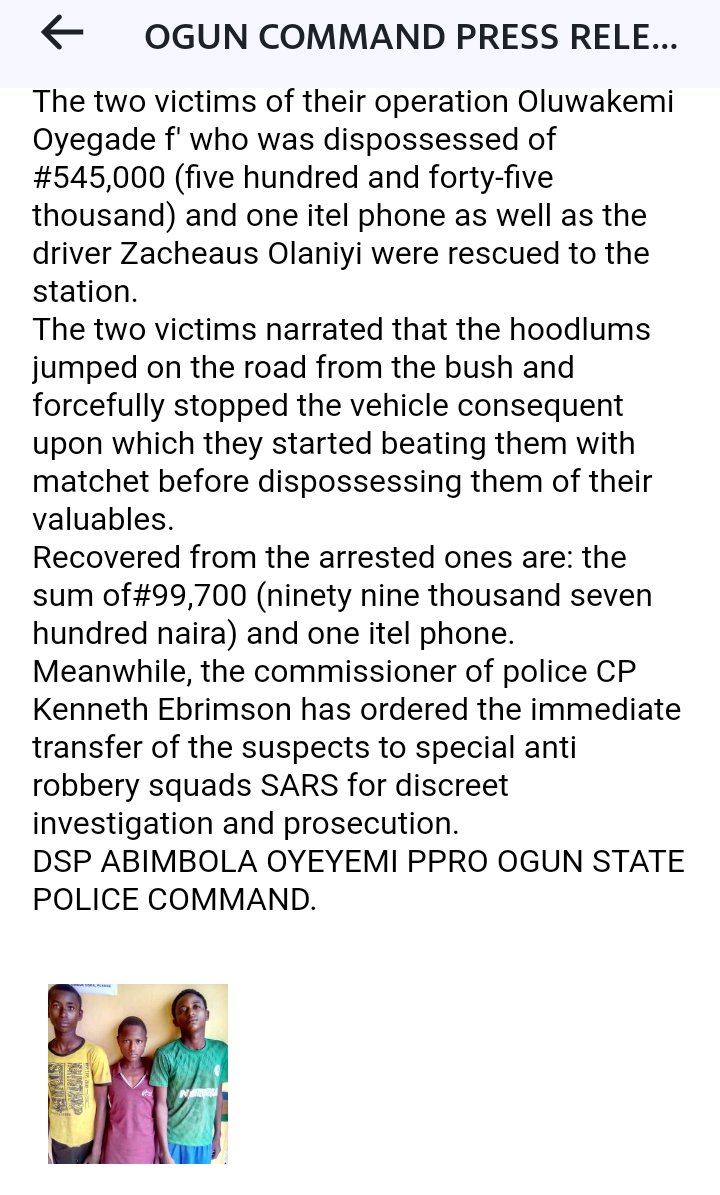