Remenber The 41 Teenage Schoolgirls that got Raped On their Way To Lagos. (Read)

By Oluwferanmi (self media writer) | 2 years ago

Some young schoolgirls travelling from Enugu to Lagos for the Easter holiday were attacked, robbed and subsequently raped by a gang of armed robbers at Ogbere area of Ijebu Ode in Ogun State. The March 31st incident involved some of the 41 teenage schoolgirls of Queen of Rosary College, Enugu.

According to reports, the Ekene Dilichukwu Transport Company luxury bus that the students boarded left Enugu at about 7.30 am but broke down on the way. A rescue bus was later despatched to pick up the passengers. 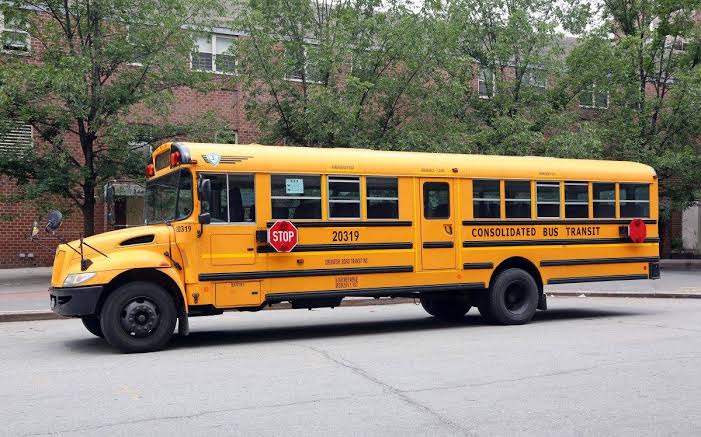 To make matters worse, the bus that came on rescue mission was not in good condition as it broke down several times on the way before they got to Ore at dusk. Persistent appeals by the passengers to the driver of the bus not to continue the journey that night fell on deaf ears.

An eye witness account narrated that as soon as the driver approached Ijebu Ode, some hoodlums who barricaded the highway, forced the vehicle to stop. The over 20 robbery gang descended on their victims and raped them severally after dispossessing them of their valuables. The witness also disclosed that the robbers had repeated bouts of sex with the girls, especially those they identified as virgins.

Some of the victims later narrated their nightmarish ordeals to the media as well as the psychological trauma they passed through that fateful night.

Despite the victims’ confessional narratives, the management of the transport company has insisted that nobody was raped during the robbery.

Already, parents of the affected schoolgirls have protested to the school authorities over the ugly incident and threatened to sue the management of the transport company for negligence.

Meanwhile, the Ogun State Police Command has arrested the driver of the bus as well as four of the robbery suspects in their effort to unmask those behind the heinous and dastardly act.

Regardless of claims and counter claims over the sordid incident, we deplore the robbery incident, particularly the violation of the sexuality of the teenage schoolgirls on the nation’s highway by hoodlums seemingly bereft of human conscience and sympathy. It is a matter of deep regret that the robbers had their way without any form of challenge by the security agents. The heinous criminality of these robbers from the pit of hell stands condemned.

It is somewhat reassuring that the driver of the bus and some of the robber-rapists have been apprehended by the police.

But the Command wishes to state that such incident and experiences of the young ladies in the hands of these hoodlums will not be handled with levity considering both social and mental implications of rape; and the culprits will pay heavily for whatever they must have done.

It is embarrassing that the police initially denied the rape incident only to own up to it later. In a matter as serious as this, the police should have the facts before going public. Let this matter be meticulously investigated and all the arrested suspects go through the crucibles of the law. All those found guilty should be sanctioned appropriately. This matter is one that should not be swept under the carpet.

Transport owners should be careful on the type of drivers they employ. Many road mishaps that claimed lots of lives of commuters on the nation’s highways are traceable to human errors on the part of these drivers. Some of the bus drivers have demonstrated great insensitivity to the safety of their passengers and carried on as if they are above the law. Let owners of transport companies show greater interest in the safety of their passengers. They should stop putting rickety vehicles on the road. Such vehicles are a threat to road safety. The police should step up patrols on the nation’s highways to stem this type of criminality.

Content created and supplied by: Oluwferanmi (via Opera News )