By Afolabipetersmurphy (self media writer) | 1 year ago 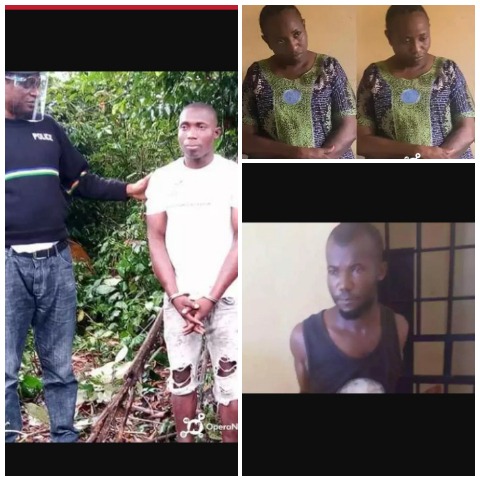 This is no period of deceit, this is the period that Nigeria needs to wake up from its slumber as evil people that are not worthy of living among the good humans keep emerging on a daily basis.

I have narrated numerous stories of the evil Nigerians on this platform and the entire world has seen numerous of them, thus we will keep on agitating on the evil behaviour of the bad citizens till they are fully eliminated in the society.

Bad citizens are seen everywhere not only in Nigeria, and each country has its way of curbing the evil activities of the bad citizens, but in Nigeria, the evil ones are mostly incarcerated even a case that has to be concluded with capital punishment usually ends up with incarceration. For instance, the final verdict on rape cases has not been concluded thus giving more prospects for the rapist to thrive in its evil practices.

One important thing I will like the Nigerian government to do is to adopt the Sharia law since it is obvious that Nigeria has indirectly stopped the ultimatum law of capital punishment.

In the Sharia law system which is mostly adopted by Islamic society, all offences are weighed according to the gravity of the offences and proper verdicts are given accordingly. The Sharia law stipulates and emphasizes the law of tit-for-tat, which means whatever an individual sow he must reap be it evil or goodness. Thus if you inflict injury on another person unlawfully the aggregates of the infliction will be measured and placed on you.

This is the best law that can curb all evil in Nigeria rather than incarceration that has no meaning to many perpetrators. Let take for instance an evil man that inflict deep injury on another that was sentenced to six-month imprisonment, the imprisonment will be nothing to him while the indelible stigmata he has caused on the victim remain with him or her forever.

I want all the Nigerians and the Nigerian government to think about it, it is not about the idea of changing Nigeria to an Islamic country but to make things proper as evil people are increasing on a daily basis in Nigeria.

For instance, just of recent in Kaduna state a certain evil woman called Mrs Yemi Awolola inflicted a minor with several injuries on her private, albeit she has been arrested and still awaiting judgement which will come up on August 27. Such an evil woman does not deserve any other verdict than for the government to inflict several injuries on her body too so that it will serve as a deterrent to another devil incarnate. Let look into another horrible story of a man who kills his own four years old son with a cutlass and buries him, I think such man those not deserve to live among humans.

According to the statement, police operatives attached to Azia Police Station arrested Christian who allegedly used a cutlass to kill his biological son and buried the corpse in a shallow grave at his compound on July 9. Enugu State Police Command also arrested a woman and her husband for abusing and inflicting grievous injury on a 10-year-old child who worked as her housemade.

The police revealed that it received credible information at Enugu Area Command on 02/07/2020 at about 09:00 hours alleging that a woman in Akonameze Street, Thinker’s Corner, Enugu, inflicted degrees of injuries on her minor female ward.

This minor is relative to this woman come to think of it, had it been that the minor is not her relative she would have killed her.

The reason why we keep seeing all these evil people on a daily basis is that they are not scared of Nigerian law because it will end with imprisonment, and the government will still continue to feed them with its money but If Nigeria government adopt the Sharia law it is a horrendous law of tit-for-tat which means all evildoers will have to think twice before they do evil.

Add your view below

Content created and supplied by: Afolabipetersmurphy (via Opera News )