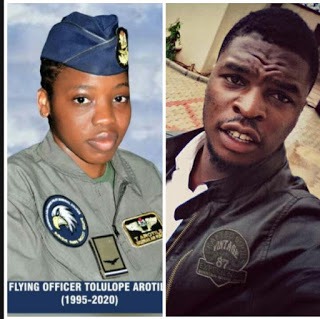 According to a report gathered through NAF spokesman, Air Commodore Ibikunle Daramola, revealed this in Abuja during a press conference on the findings of a preliminary investigation, into the death of the Nigeria’s first female combat helicopter pilot, adding that, a highly professional and disciplined organization, would not join issues with any individuals or groups regarding the spurious allegations of foul play.

Added that, the preliminary investigation concluded that Arotile’s death was caused by blunt force trauma to the head, and significant bleeding resulting from being struck by a vehicle, as the matter would be handed over to the Nigeria Police with a view to further investigating, and charging the suspects to court in accordance with extant laws.

However explained that, Flying Officer Arotile was later conveyed from Sabo to the NAF Base Kaduna by her sister, Mrs Adegboye, where the deceased dropped her phone for charging at a house in the Instructor Pilots’ Quarters belonging to Squadron Leader Alfa Ekele, noting that, the call from Flying Officer Karimo as well as the one to the Squadron Leader Batubo both took place before 11.00am, over 5 hours before the incident.

Until, her elder sister later dropped her off at the Base Mammy Market at about 4.00pm where she proceeded to photocopy and laminate some documents, three of her former schoolmates at the Air Force Secondary School (now Air Force Comprehensive School) Kaduna; Mr Nehemiah Adejoh, Mr Igbekele Folorunsho and Mr Festus Gbayegun saw her returning at about 4.30pm that drove past her.

Upon recognising their schoolmate, Arotile, after passing her, Mr Adejoh, who was driving, reversed the vehicle, ostensibly in an attempt to quickly meet up with the deceased, who was walking in the opposite direction, although, the driver of the vehicle, Mr Nehemiah Adejo, did not have a valid driver’s license. 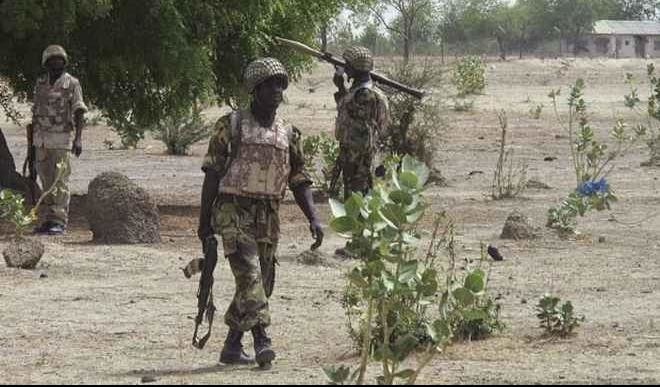 Bandits have reportedly killed 16 soldiers and injured 32 others on Saturday, following an ambush around Shinfidda village of Jibia Local Government Area of Katsina State.

However, the army said only three of its men were killed and four others wounded. While a credible source at the Federal Medical Centre (FMC), where the soldiers were taken on Saturday night, said 14 corpses were brought to the emergency room, while two died on their way to the operation room.