Ebila: The launch of "One Million Boys" and Ekugbemi in Ibadan

Ibadan is not the only city where gangsterism, One Million Boys, is popular.

The story goes that the Ajegunle area of ​​Lagos was started by a group of young men a few years ago.

Their goal is to fight the weak in society.

However, the group is also notorious for robbery, murder, and rape in Lagos.

A Yoruba documentary called One Million Boyz was released in 2014, which revealed their behavior.

In 2012, police arrested about 140 members of the group in the Apapa and Ajegunle areas.

Their names were also released during the coronavirus launch between April and May, 2020, given that they were recruiting people to rob them in Lagos State. 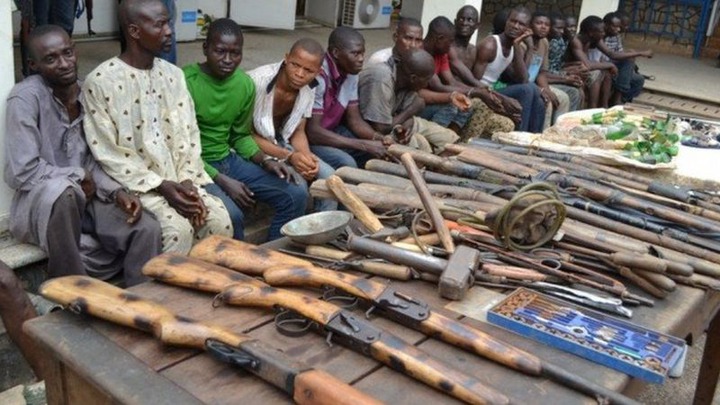 One Million Boys in Ibadan

The Kudeti area near Molete in Ibadan can be called the 'One Million Boys' camp in Ibadan.

The Kudeti area is not a hiding place at all. Even, great politicians like the late Adelabu Adegoke ‘Penkelemesi’ made his home during his lifetime, his home is still there to this day.

Some notes say it is not far from the Adebipon road, which the members initially caused trouble.

In front of the Cathedral Church of Saint David, in Kudeti, the riots sparked a riot that took place on December 19, 2016.

This is not the first time the group and its rivals have caused trouble in the area.

At about eight o'clock in the morning, gunfire erupted, causing many to flee their homes, shops, and even commit suicide.

Reports said then that a car, a 'maruwa' car, and a pickup truck rode into the neighborhood on a bad night, and the demon took over.

The incident took the lives of some neighbors.

Some shops in the area were also set on fire.

Some reports even say that the looters had bread in petrol, which they threw into the shop, before setting it on fire. 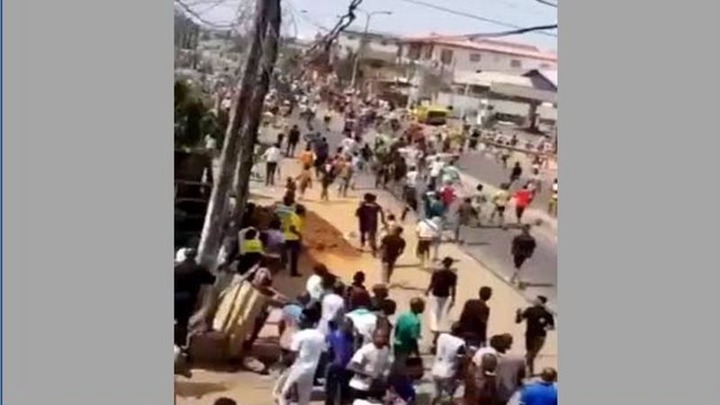 The cause of the tragedy, which left some families in mourning, cannot be identified.

Some reports say the fight took place because members of a million boys arrested an opposition member, an 'indomie', who stole a cell phone, and 'rebuked' him.

As a result, the group's leader, Indomie, recruited his men and went to fight Abiola 'Ebila', the leader of the one million boys group.

The second part of their fight took place tonight.

He did not make much of a note about it, but it can be said that his name was first revealed in 2014 when a secret kidnapping ring was leaked in the Soka area of ​​Ibadan.

He is said to have led a group of people to search for his lost friend, before the ambush was revealed.

We have heard that St. Lukes, in Molete.

He became famous for his robbery after returning to Ibadan after his trip to Lagos.

It is also said that many of his followers are still alive after the death of Ibadan's most prominent politician, Lamidi Adedibu. Robberies were common in Adedibu during his lifetime.

His home was not in Molete and not far from Kudeti, where one million boys lived.

However, these members are not the only ones in the Kudeti area. They also have branches to neighborhoods like Beere, Mapo, Born Photo, Idi-Aro, Isale Asaka, Idi-Arere, Odinjo, Modina, and so on.

In May 2020, the Ebila police station was searched for its alleged role in the assassination of another gang leader, Moshood Oladokun 'Ekugbemi' in April.

He was preceded in death by a fight between one million boys and a rival on Sunday, July 12 in the Olomi neighborhood.

Ekugbemi was the scene of a riot during his lifetime, and was reportedly the leader of a gang that was causing trouble in Ibadan.

Ekugbemi was soon released from Agodi Prison in Ibadan, where he was executed.

It cannot be said that Ekugbemi is a member of the one million boys, Indomie, and Boys.

The three groups are named during a crisis in central Ibadan.

On the day Ekugbemi was killed, he was reportedly attacked by members of Biola Ebila, who was trying to extort money from a landlord in Olunde area, near Ekugbemi's house.

He was beaten with a club.

The lsgnaija reported then that he was rushed to an idol in his home in the Born Photo area, after being beaten.

But he died because he had lost so much blood.

The news that you said that he was resurrected after some atonement was made is not enough for him to die again.

To this day, his death comes as a shock to many who believe he should not have been sent by nature, because of his natural abilities.