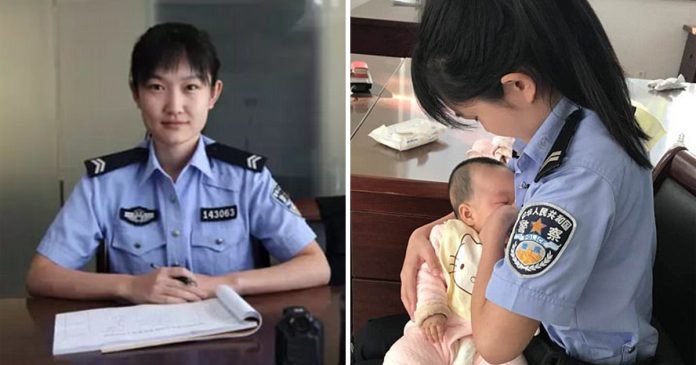 Viral images of a Chinese policewoman breastfeeding a suspect’s baby during a trial had gone viral recently and became a hot discussion topic among netizens.

The photos show the policewoman, Hao Lina, breastfeeding the suspect’s baby when the suspect had to attend a trial and after the baby cried for milk. The touching moment in the photo has melted the hearts of millions and praises poured in for this policewoman.

Ms. Hao, a new mother who just had her baby was in charge of taking care of the suspect’s baby when the baby cried out of hunger.

As she could not bear to let the baby cried, Ms. Hao asked for a permission from the baby’s mother to breastfeed the hungry baby. 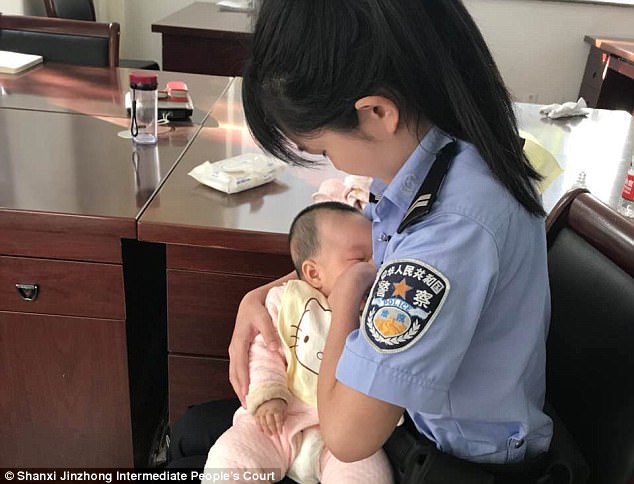 After she had the mother’s permission, Ms. Hao then headed to a quiet corner to breastfeed the baby 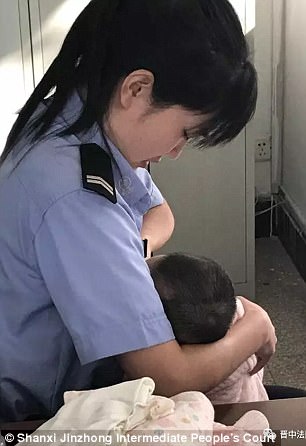 ‘The baby wouldn’t stop crying and we were all worried,’ said Ms. Hao 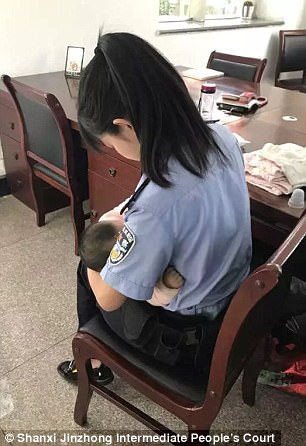 ‘I am a new mother, I could feel how anxious the child’s mother would have been. All I thought about was to try my best and comfort the tiny baby.’ said Ms. Hao 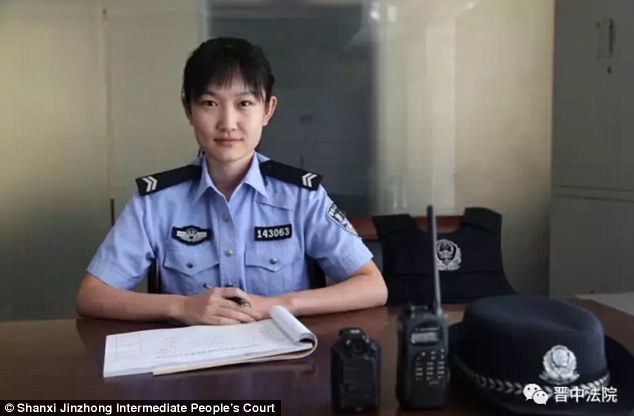 According to the court, the mother’s baby was charged with 3 crimes; fraudulent fund-raising, embezzlement and crime concealment with 33 other people.

After the mother was done with her trial, a court officer handed her baby back to her 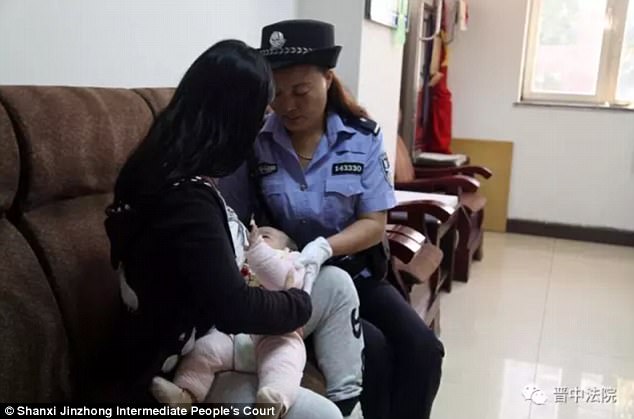 According to the court, the baby’s mother was extremely touched with Ms. Hao’s thoughtful gesture that she left the court after the trial crying.

After her photos breastfeeding the baby went viral on the Internet, Ms. Hao has been receiving many praises from the public for her mercy and compassion. We, too, think that Ms. Hao deserves praises for what she did to the innocent baby. What do you think of Ms. Hao’s act?