By OgbeniOlawaleDawodu (self media writer) | 1 year ago 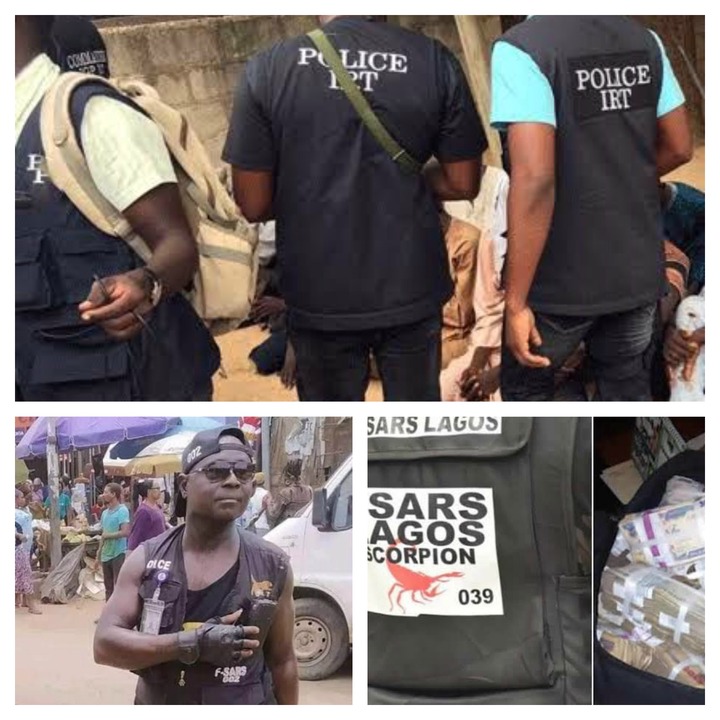 At the tail end of last week, Mohammed Abubakar Adamu, the Inspector General of the Nigeria Police gave an official direction through a strong memo, ordering the disbandment of all Operational offices and tactical bases of the Intelligence Response Squad (IRT) and Special Tactical Squad (STS) all over Nigeria

He was reported to have said the closing of the formations by the Force Headquarters is to reposition the police and ensure accountability and due process.

While gleaning through the signal sighted by this writer last Sunday, the IG mandated that Abba Kyari, the Deputy Commissioners of Police in charge of IRT and his colleague on the same rank, Yusuf Kolo of the STS are to make sure that all bases and offices outside the Federal Capital Territory were shut down, while the Operatives attached to the units are ordered to report to Abuja with immediate effect.

If this integration of IRT and STS into the Force Intellingence Bureau (FIB) headed by Ibrahim Lamorde, is geared towards improving efficiency, then it has met with stiff disapproval by a larger section of Nigerians, this writer inclusive, with many openly kicking against the disbanding.

Majority are of the opinion that the IRT a special the tactical squad is one of the shining initiative of NPF that has been working diligently with visible track records of achievement. Much unlike the SARS Unit that is continually bringing negative backlash on the efforts of the NPF, saturated with criminal elements intimidating, extorting, killing people on a daily basis. If an opinion poll is carried out today to advise the police head honcho asking which of its crime fighting unit that should be erased form the tactic security fighting structure by the Force, the Federal Anti-Robbery Squad will come top on the list by miles! It's like they are on now a vengeance mission to extort and abduct citizens at all cost in the name of crime busting. 99% of SARS officers are the worse of men in Uniform in Nigeria. Their engagements in illegal activities all over the country have degenerated beyond our comprehension.

The IG should not be seen as normalizing these anomalies; he cannot give the impression of legalizing their illegalities.

My humble position (and I believe I am speaking the minds of millions of my countrymen and women), is that the IRT should be allowed to continue operation; it is a specialized formation that has proven its capability over and over.

That the police force is being cheered up is because of the exploits and achievements of the result oriented IRT. Many of the crime fighting successes of this winning team are too numerous to mention here. The Squad is doing very well in the application of intelligence gathering by deploying highly technical and sophisticated equipment to track hoodlums down and solving tough cases.

The achievements of the IRT formation under the exemplary leadership of the Inspector General of Police, is second to none in the recent history of crime busting in Nigeria.

Winding down the offices nationwide is a big minus, it will be like giving kidnappers a field day to resume business on an even larger scale unhindered. It would be an unpardonable error. Although, tenable argument can be made for the merging of the STS since their mode of operation is closely similar to that of SARS, but the same cannot be said of the distinctive terms of operation for the IRT.

The IG should not pander to internal envy by fellow officers who are against the young officers leading the IRT and STS nor should he listen to politicians, they are fair weather friends. Their aim is self-serving and such a decision as this will only end up destabilizing a winning system.

At this point, my sincere advice to the IG Adamu will be for him to rescind his decision in collapsing the efficient IRT unit and re-engage the gallant officers to their beat to continue the good work they are doing in ensuring that Nigerians are safe. Yes, we need a total reform of the Nigeria Police, but it shouldnt be done by biting the tongue to spite the nose.

Content created and supplied by: OgbeniOlawaleDawodu (via Opera News )