These People all found Huge Sums of Money, See the Strange things they did.

If you found a bunch of $100 bills, would you use it to pay your bills, fix the car, or buy something special for yourself? You could resist the urge and leave it where you found it. Money doesn’t just appear out of nowhere, so you can assume somebody lost what you’ve just found. 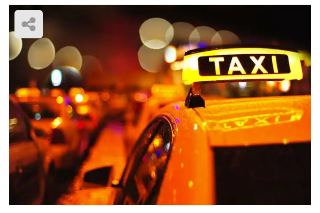 Adam Woldemarim, a forty-two-year-old cab driver from Las Vegas, found a black laptop case containing $221,510 in cash in the backseat of his taxi, while he was cleaning it out before his shift started. He asked the driver from the previous shift if anything was left behind before he took the case to the company security desk. Later, Woldemarim was called back to the office where a man who had won the money from a casino thanked him and gave him a $2,000 tip for returning the money. When Eli Estrada from Long Beach found a bag filled with $144,000 in cash, he thought it was the end of his credit card debt and other money woes. He said it was just an initial reaction and he felt nervous about it. In the end, he was given a $2,000 reward for turning the money over to the police, who told him the it was lost by Brinks armored truck drivers. 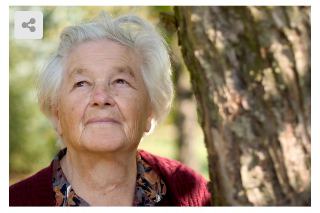 When Billie Watts, a seventy-five-year-old from Tennessee, used the bathroom at a Cracker Barrel restaurant, she found a bag containing $97,000 cash and a picture of two women. She informed the staff that she had found something and gave her contact information. A woman then called her and was able to successfully state the contents of the bag.

They met at the parking lot of the restaurant to hand over the items. The woman told her that the picture was of her daughter who had recently passed and that the cash was from her daughter’s safe. Watts refused the $1,000 reward that was offered to her. After purchasing his first family home, Josh Ferrin decided to stop by the property before officially moving in. In the garage there was an attic and inside the attic he saw eight metal cases from the World War II era, which were all filled with cash bound in twine. He immediately called his wife and began counting the money.

He counted about $40,000 and left some of the cash uncounted. He remembered that Arnold Bangerter, the previous owner, had passed recently and left the house to his children. He called the children to tell them what he found.

Bangerter’s son said that his father had a habit of hiding money, and he even once found a bundle of cash under a dresser. Ferrin returned the money to the children. He felt it would have been wrong to keep the cash he found. 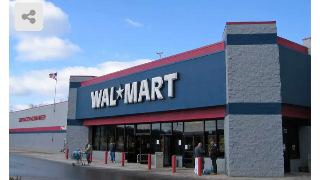 A Walmart employee from Washington named Bismark Mensah was getting the carts in the parking lot, when he found an envelope with $20,000 cash. He chased the car of the customer that left it and returned the envelope with the money. He was awarded the Integrity in Action award by the company.

Leona Wisdom and Gary Elton owned the money. They planned on using it to make a down payment on a house. Even though he currently makes nine dollars and hour as a Walmart worker, Mensah refused a reward or dinner from the couple. While he was cleaning the theater seats after a movie showing Happy Feet, Christopher Montgomery, a nineteen-year-old cinema worker discovered a pouch containing $24,000 in cash. He did not keep this money, however. He immediately turned it over to the manger who located the owner.

The owner turned out to be Rose Marie Limoncelli, a small business owner. While she was watching a movie, the pouch containing her earnings fell out of her purse. She offered Montgomery a cash reward, but he declined it. One day while driving, Texas native Candice Scott saw a bag lying on the road. At first, she thought it was nothing, but on closer inspection it was a bag with $20,000 cash. She thought about calling 911 or going to a police station, but she decided to go to Chase Bank after seeing their logo on the bag.

The teller thanked her for her honesty. She was given a $500 gift card for her efforts. While at the KC Hilton Airport Hotel, ten-year-old Tyler Schaefer proclaimed that he found money.

His father Cody saw that there was a drawer with $100 bills stacked neatly. They informed hotel security who in turn handed the money over to the police. According to Missouri state law, if no one claims the money after 7 months, Tyler will get to keep it.