South-west APC Hails Yari over Comment on Power Shift in 2023. 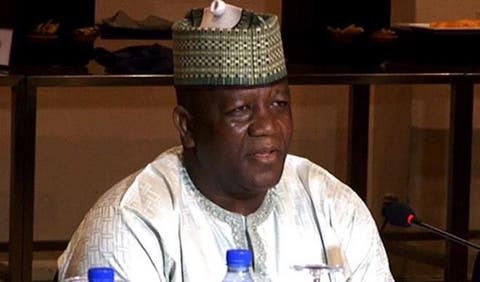 The South-west caucus of the All Progressives Congress (APC) has commended the former Governor of Zamfara State, Abdulaziz Yari, for joining the league of northern elites canvassing for power to shift to the South in 2023.

The party said the action had shown that there are highly progressive and patriotic people in the North, who have unflinching belief in the unity of the country, and that Yari is one of those leaders.

Yari had in a chat with journalists last Saturday said with President Muhammadu Buhari serving out his second term in 2023, power should automatically return to the South in the spirit of rotational presidency that has become a silent convention in Nigeria.

In a statement issued in Ado Ekiti yesterday, the APC South-west Publicity Secretary, Hon. Karounwi Oladapo, said it had always been his ardent conviction that the presidency can only return to the South with wide consultations across the North.

Karounwi clarified that his earlier submission that power may remain in the North in the 2023 after Buhari’s presidency was not intended to diminish the South, but was made based on the advantage the North commands in the country’s politics in view of their numerical strength.

Some beneficiaries of the Niger Delta Development Commission’s postgraduate foreign scholarship have accused the Federal Government of not paying their grants since they commenced their programmes in different countries.

The beneficiaries claimed that their various institutions had started threatening to withdraw their studentship.

One of the beneficiaries, who spoke on condition of anonymity for fear of being victimised, said most scholars resorted to doing menial jobs to raise funds for their programmes, adding that the COVID-19 pandemic had, however, blocked all avenues for income.

He noted that over 210 students were affected.

He said, “Nine months after resumption, the scholars spread across the UK, the US, Canada, and other parts of the world have yet to receive payment for their tuition and living costs. The take-off grant of N500,000, which should have been paid before we left Nigeria in September 2019, was paid eight months later in April 2020.

“Meanwhile, we took loans, emptied our personal accounts and raised funds from families while relying on the promise of the NDDC and the Federal Government, to make the journey to our various institutions. Some are still stranded at home, because they have not been able to raise the funds for their visa applications and flight tickets.

“While we were informed that some schools had MoU with the NDDC, it is sad that today, even these schools have started to transfer the tuition debts to the scholars with threats of deactivating the studentship and deporting the affected scholars.”

The source said the beneficiaries have had to pay high rents, settle necessary academic expenses and could barely afford any form of relaxation, adding that this was not the case with scholars of other bodies in the various institutions.

The student stated, “With this very precarious situation, scholars are still expected to maintain excellent academic records. Even though this is a full scholarship, we have had to do odd jobs, barely getting to sleep. This is not what we signed up for! We have watched our excitement turn into anxiety, not only us, but also our families.

Another student, who also spoke on condition of anonymity, said his institution had written several reminders to the NDDC with no result, adding that the institution had denied him access to any of its services. The Peoples Democratic Party (PDP) has dismissed allegations by the All Progressives Congress (APC) purporting that the party (PDP) and Edo State Government destroyed billboards of the APC.

This is coming as Adams Oshiomhole yesterday threw himself into the state governorship campaign with stinging rebuke against the incumbent Governor and successor, Godwin Obaseki, warning him to campaign on issues and not promote violence.

Oshiomhole also tweeted that: “Keeping calm is not always an act of cowardice.”

In a statement issued yesterday by the Edo State Publicity Secretary of the party, Chris Nehikhare, it stated that they cannot be blackmailed or distracted by baseless allegations, saying the Edo people were too politically sophisticated to fall for sThe statement described the allegations as desperate attempt to change the narrative, maintaining that it was unsubstantial aimed at distracting both the party and the state government from its activities.

It advised the APC to look inwards as it was a common knowledge that the party was already divided, populated by known thugs in the many factions that exist within it.

“We are indeed surprised that a party made up of characters that throw bombs at each other at will, shoot at their party members while they were holding meetings, exported to other states to rig elections and is lagging behind in an independent opinion poll it conducted, would contemplate that PDP or its government would pay attention to its posters or billboards without messages and want them destroyed or damaged.

“On the contrary, the quality of the messages on their billboards exposes APC as empty and having nothing to offer or motivate the Edo people.

“PDP and Edo State Government cannot be blackmailed or distracted by these baseless allegations, and besides, Edo people are too politically sophisticated to fall for this scam.

“We will concentrate on our agenda of resetting Edo State for a better and brighter tomorrow, and would not lose sleep over the ranting of a political ant which the APC has become.” 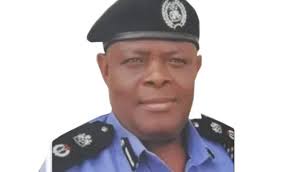 The Ondo State Police Command has arrested a 23-year-old woman, Iyabo Julius, for allegedly conniving with her lover, Adedayo Sunday, to rob and kill a motorcyclist, Suleuman Azeez.

The incident was said to have happened in the 12/12 area of Ore in the Odigbo Local Government Area of the state.

The police also arrested one Jeremiah Monday over the crime.

Parading the suspects at the police headquarters, Alagbaka Akure, the state Commissioner of Police, Mr Bolaji Salami, said the deceased was Iyabo’s former boyfriend and she asked the new lover to kill him to make it easy for them to get married.

The police boss said, “One Suleiman Azeez, 25, a commercial motorcyclist, left home for his daily bread with his Bajaj motorcycle but did not return home. His body was later found in a pool of blood around the 12/12 area Odigbo via Ore.

“The case was subsequently transferred to the Special Anti-Robbery Squad, Akure. Upon discreet investigation, detectives trailed the suspects, one Adedayo Sunday, 25, and Jeremiah Monday, 20, both of Odigbo via Ore, who were arrested where they had gone to sell the stolen motorcycle.

“On interrogation they confessed to the crime and said the former girlfriend of the deceased, one Iyabo Julius, 23, who is now Adebayo’s lover, asked them to rob her former boyfriend of his motorcycle and equally kill him so that she and her new lover could get married.”

The commissioner explained that based on the confession of the suspect, detectives arrested Iyabo.

The police boss also paraded 20 other suspects for allegedly being involved in crimes such as robbery, cultism and kidnapping, while some weapons were recovered from them.

The items recovered from the suspects include a Toyota Corolla car, one TVS motorcycle and the sum of N231,000.

Salami said all the suspects would soon be charged. 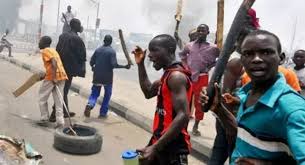 Following the abduction and death of a 13-year-old girl at Eshe Akoko in the Akoko North West Local Government Area of Ondo State, some youths in the town have burnt down the house of the suspect arrested in connection with the crime.

The girl, who was a pork seller in the town, was allegedly kidnapped on Friday and her body was later found in the bush.

It was gathered that a commercial motorcyclist in the town, whose identity has not been revealed, conveyed the teenager from the market in Irun Akoko to Eshe Akoko, but she later disappeared and her corpse was recovered from the bush on Saturday.

Following the incident, men of the state police command arrested the motorcyclist.

Angered by the incident, the youth attacked the house of the suspect and set it ablaze, while a car and other valuables found on the building were also vandalised.

The Police Public Relations Officer in the state, Mr Tee-Leo Ikoro, confirmed the incident and said the suspect was in custody and that investigation had commenced into the incident.

“We have commenced investigation into the matter,” Ikoro said.