It was recently revealed that a 29-year-old man identified as Moses allegedly murdered his friend, Abuchi Wisdom Nwachukwu, after realizing his friend have the sum of N13m (Thirteen Million Naira Only) account balance. 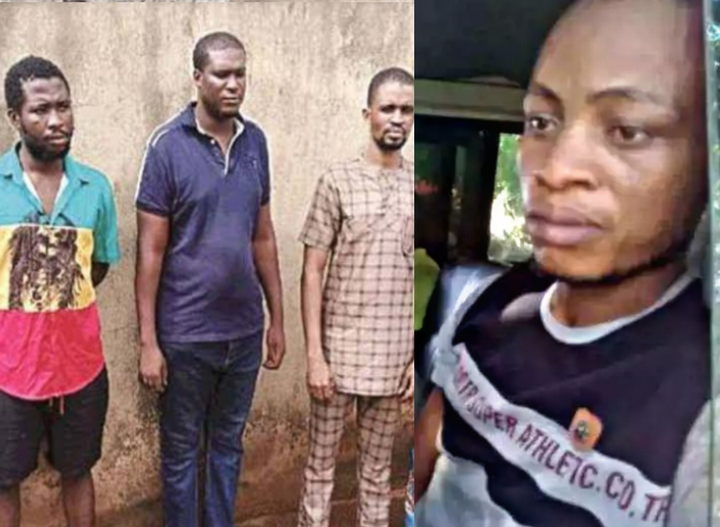 According to report the suspect got the information that his friend, Moses, has received the sum of N13m from his brother in South Africa and decided to take his life.

The money was meant for his building project which he would successfully achieve if he kept it within himself. 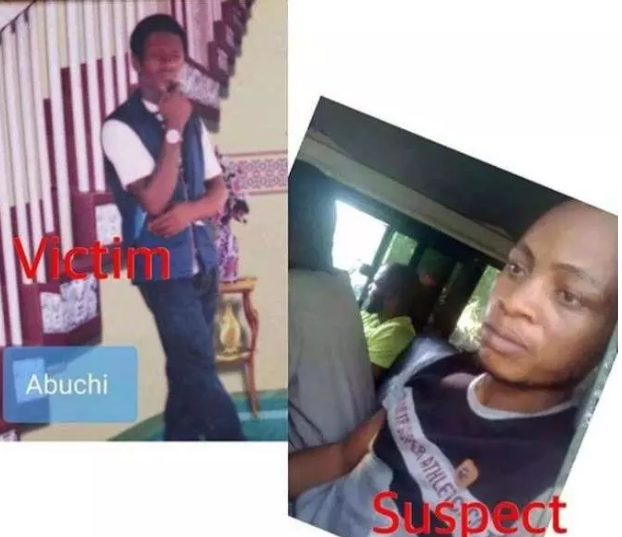 On the 7th of January 2020, the victim was hacked to death by his friend and his head was cut off during a night shift duty in their working place reportedly a table water company which is located in the Auchi area of Edo state. 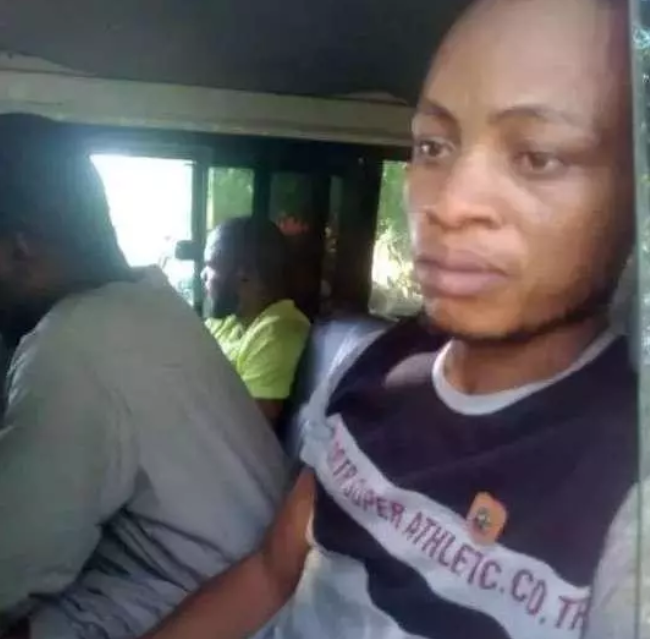 Moses cut off his life body beyond recognition and dumped him in a nearby bush very close to the company.

After he murdered the friend, he beheaded his body; he took his wallet and his ATM card to some hackers who successfully made a way to access his money. He withdrew the sum of N2.2m (Two Million Two Hundred Thousand Naira Only) from the victim's account and decided to move over to various POS centers in Edo State where he gradually made withdrawal.

The lifeless and headless body of Nwachukwu was later found by the police in Auchi. No one was able to identify him, so he was taken to the mortuary. The sudden disappearance of Nwachukwu kept many in shock especially his brother in South Africa and his relatives in Imo state. 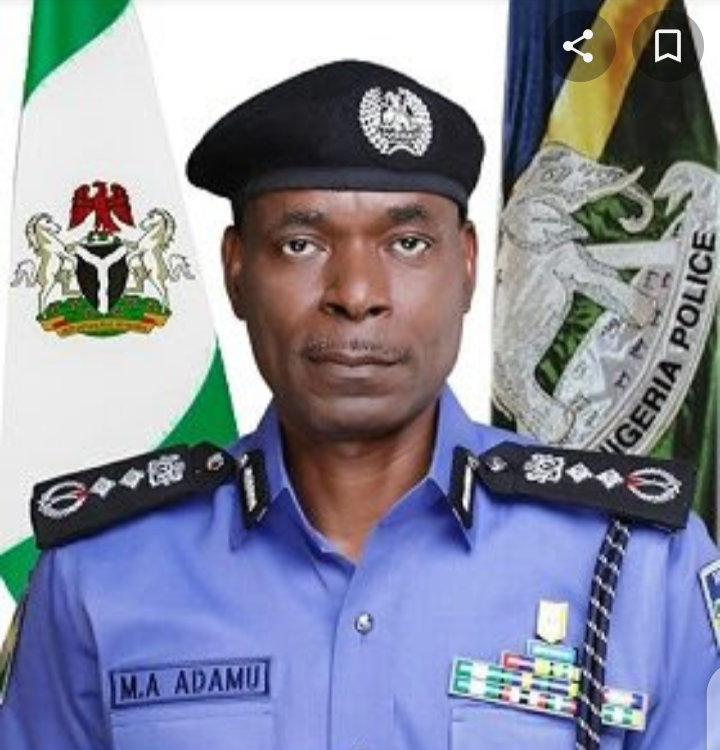 His brother was said to have reported to the Inspector General of Police, Adamu Muhammed through a written petition.

During investigations and research the IRT operatives was able to trace all the POS transactions he was traced and arrested inside a hotel in Auchi where he went to hide himself. 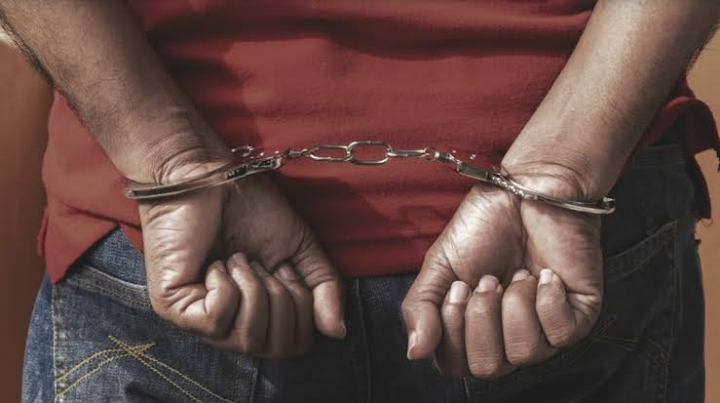 Other suspect was also caught after he made some confessions while interrogating with the police men.Toney Bright, Yusuf Sagiru, Terrance Okochuchukwu and Jahswill Ogbonnaya, a businessman who assisted him in withdrawing the sum of N6m (Six Million Naira) were all arrested.

Moses further stated that he regretted his action and the ghost of the victim has been tormenting him while he goes to different hotel to sleep. 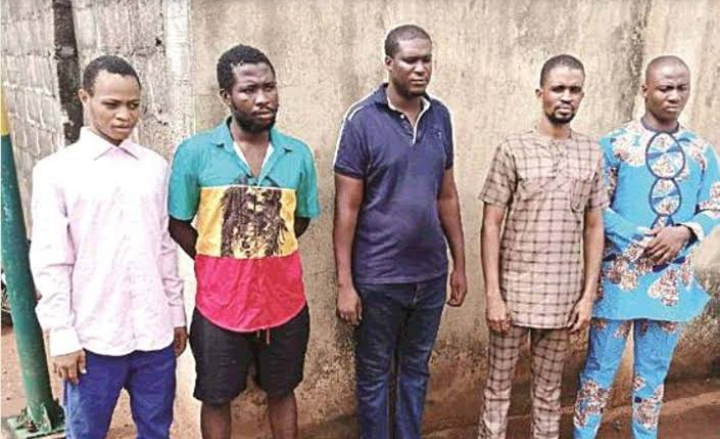 Below Are Lessons To Learn From The Death Of Moses

1. Learn To Keep Secret: The victim was targeted, apprehended and murdered after he made it known to his friend that he has received the sum of N13m from his brother for his building project. No one would have ever knew or plan to collect the money from him if he had kept it in secret. It is very important to keep secrets especially this period when crime is alarming.

2. Make Good Friends: Not all that smiles are good, most person are very playful and free but have evil motive on why they act so. Everyone is meant to critically observe and study friends they keep in other to identify if they are good. It doesn't really take a long time to identify character of a person who is close to you.

3. Don't Feel Safe Around People: Most persons are two safe around their friends because they trust in them such much and believe they can't be able to harm them but it can be dangerous. They have been many report concerning friends allegedly injuring and murdering the other due to issue or misunderstanding.

4. Make Report On Crime Immediately It's Noticed: It is very important to report immediately you suspect any form of crime so that the police can take action by investigating and apprehending suspects. 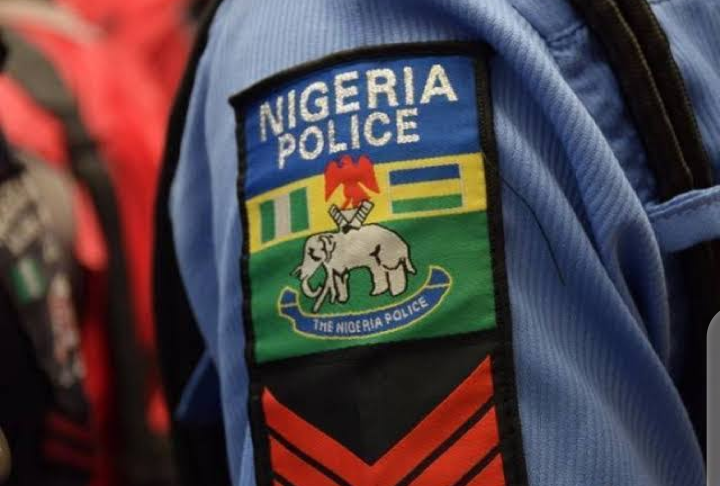 The Nigerian police has been doing a good job in fight of corruption in Nigeria. The police can easily take action if the report is made. The police did a good job by tracking the suspect true his transaction with the victim's ATM card and finally arrested him after he was apprehended in a hotel where he went to hide himself.