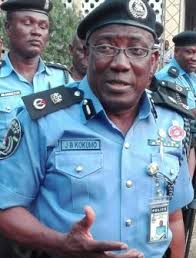 A 19-year-old cultist, Blessing David, admitted on Thursday in Benin City that she had slept with 10 men while working for a cult group called Marine Girls.

The girl, who was arrested by State Police Commissioner Edo Johnson Kokumo, along with another teenager, Ada Emeka, who also went through the same process for her initiation, said she was initiated into a cult group last year.

She said to reporters, "My name is Blessing David, I was initiated into a cult group last year and slept with 10 people as part of the initiation process."

The armed robber gang of eight people, operating in the Amabga area in the capital of Benin, is said to have robbed 13 houses and injured the victim with matches and other weapons.

One of the victims Eghosa gave his name said: "It was around midnight (yesterday), I was already asleep with my wife, who had just given birth. when she saw flashlight at our home.

"They quietly lowered the window and used the beam to hit the profile. Before I knew it, they entered the house and started beating everyone.

"They even hurt my mother and baby and hit my wife's smartphone on the wall when they couldn't use it.

"When they left my place, they robbed about 13 other houses before people called in the surveillance and police teams.

"When the police arrived, the robbers began exchanging guns. Two of them were killed and one was captured.

"He broke my wife's phone," he said, pointing at the arrested suspect.