Plateau State Governor, Simon Bako Lalong, Monday, says, his government has designated seven courts to prosecute 307 persons suspected to have participated in looting properties at various locations in the state.

Lalong also said there were still threats to attack public and private businesses as well as individuals in the state.

Daily Trust reported on Saturday and Sunday how residents of Jos North and South broke into several warehouses and other public and private places and carted away food items, farming tools among other properties.

The governor disclosed this during the state security council meeting to deliberate on the security situation following the massive looting that was perpetrated across the State.

Briefing newsmen after the meeting held at Government House Rayfield Jos, Secretary to the Government of the State Prof. Danladi Atu said though the situation was calm, there were still threats to attack other public and private businesses as well as individuals.

He said the council agreed to further fortify all check-points in Jos South and Jos North Local Government Areas to give effect to the curfew imposed to restore the peace that will determine the next line of action.

He also said that security agencies have been mandated to embark on a massive manhunt for the arrest of looters and ensure materials are recovered while the culprits were prosecuted.

“The Council warned members of the public from consuming some of the looted food items because they are dangerous for human consumption as they have been chemically treated for preservation.

Members of the public were further advised to be aware of these dangers and not to patronize the product of these looters, ” he added. 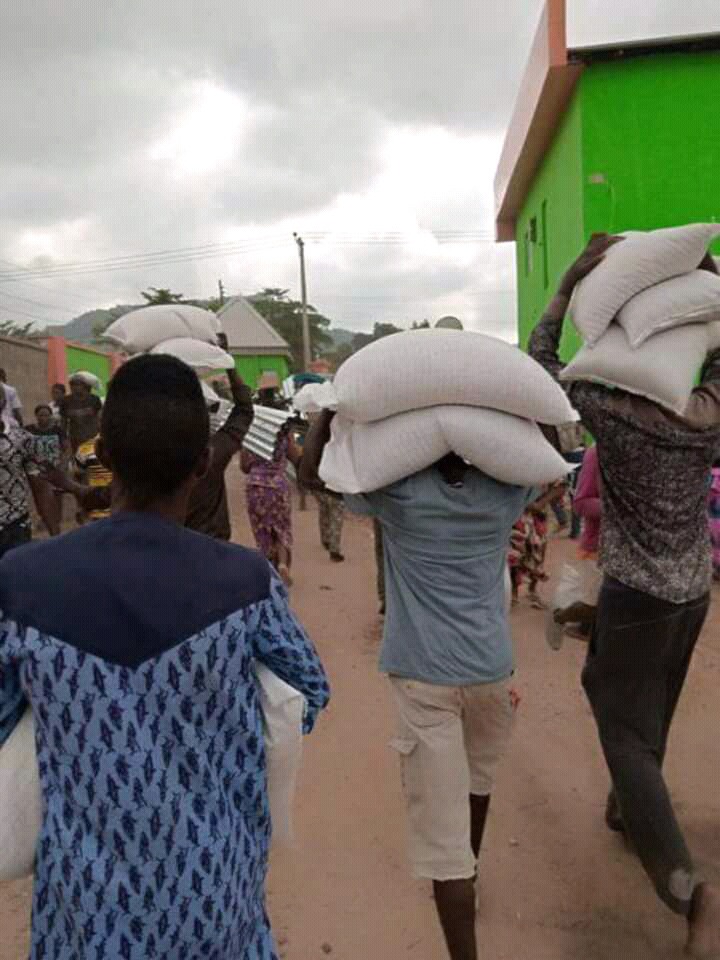 The development came as Kuje town, headquarters of the Kuje Area Council in Abuja was also thrown into pandemonium as hoodlums, armed with sticks and knives blocked roads and patrolled the streets in search of any warehouse housing the COVID-19 palliatives.

“They have been going about with sticks, having blocked the roads within the town. Shops are locking up while passers-by are running to safety”, a source told Vanguard.

Elsewhere in Gwagwalada, hoodlums also broke into the premises of the zonal headquarters of the Federal Radio Corporation of Nigeria FRCN, beating up the security men on duty and carting away valuables including air conditioning units.

While the warehouse at the NYSC camp is said to be empty, the hoodlums attacked some residents of the camp as well as shops adjacent the camp.

They had blocked the road at about 9 am, turning back motorists while the Kubwa village market was immediately shut by its managers to avoid any invasion.

While soldiers and a detachment of the Nigerian Police struggled to ward off the invaders, the Nigerian Air Force and the Airwing of the Nigeria Police embarked on air patrol with helicopters hovering around the scene.

The ensuing confusion forced some parents and guardians to go and evacuate their wards from schools in the area even as banks and some offices in Kubwa hurriedly shut down operations.

520 suspects arrested for arson, vandalism, others in Lagos 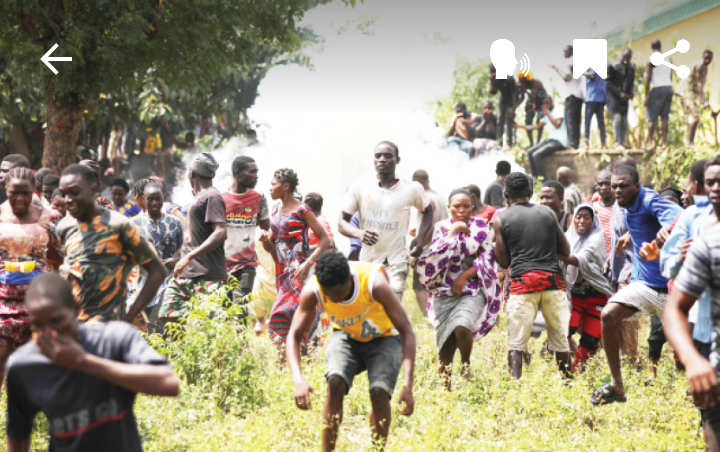 The Lagos State Commissioner of Police , Hakeem Odumosu , on Tuesday , said 520 suspects have been arrested in connection with the series of arson , vandalism , burglary , and robbing of unsuspecting members of the public of their valuables during the unrest occasioned by the #EndSARS protest in the state .

Odumosu , who disclosed this during a press briefing at the command headquarters in the Ikeja area of the state , said the # EndSARS protest was hijacked by hoodlums , adding that the arrested suspects would be charged to court.

While stating the facilities affected in the state, the CP said , “ A lot of public and private facilities were set ablaze , our police stations were also burnt and vandalised .

“ Based on the incidences , the command swung into action realising that this is no more #EndSARS , where lives and property are lost and vandalised and burnt . We realised that the protest had been hijacked by hoodlums , so we moved in and we were able to recover some of the stolen items and arrested the perpetrators.

Content created and supplied by: Hafna01 (via Opera News )