People demand Justice for Izu after he committed suicide because of a false accusation.

A Nigerian man known as Izu Madubueze has allegedly committed suicide, he took his own life after being falsefully accused of rape by a Twitter influencer who refused to provide further details of the accuser. 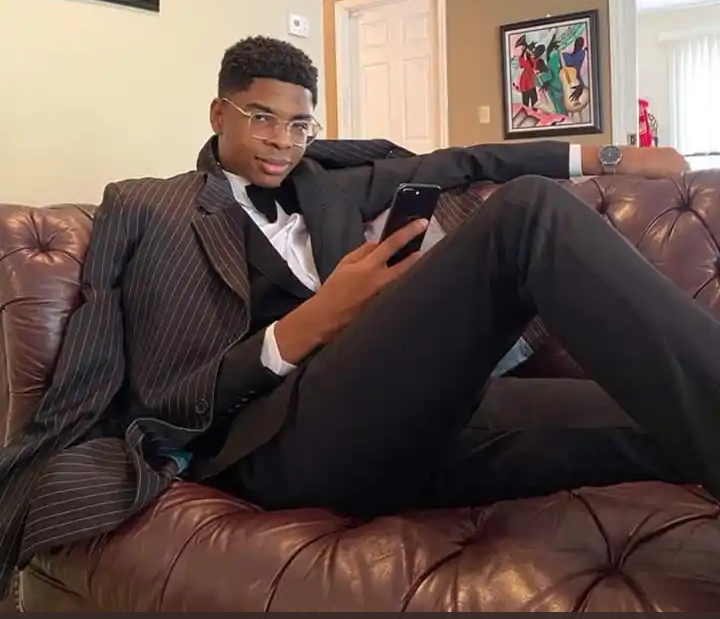 #JusticeForIzu is currently trending on Twitter after Izu took his own life when a Twitter influencer named Nanichi Anese published his name and other names as men accused of rape. 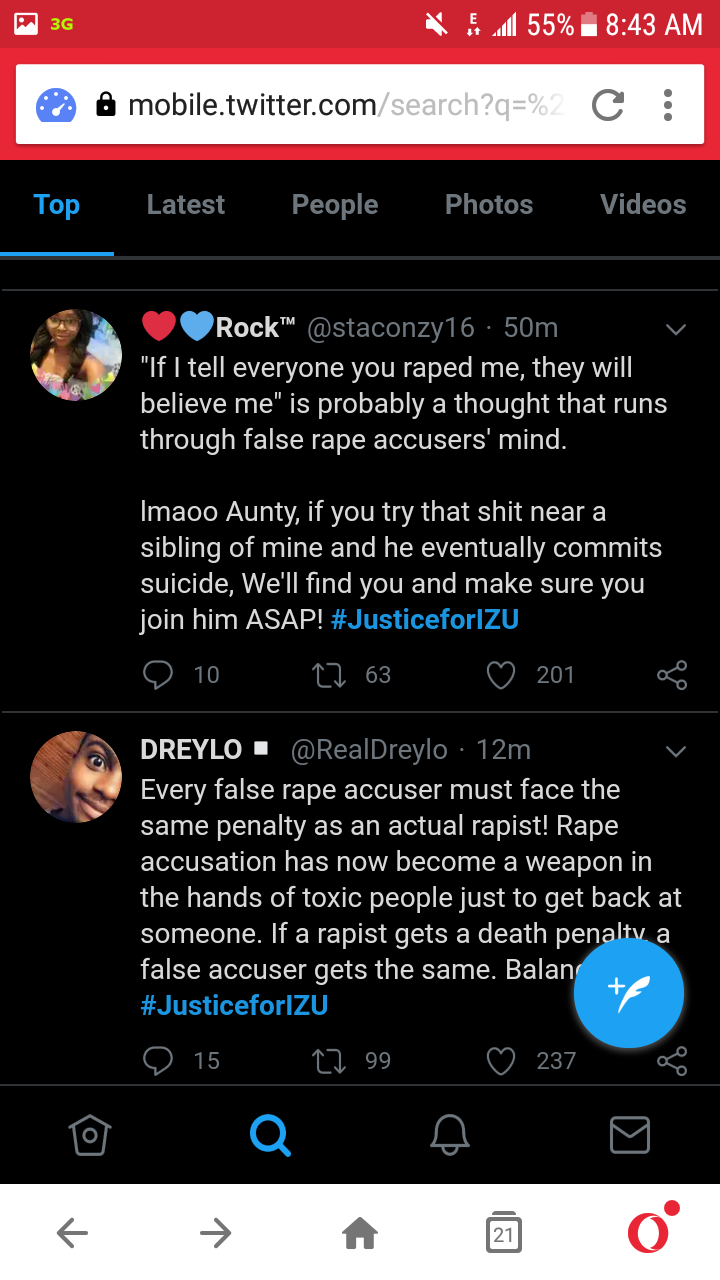 According to her, another lady had accused him of 'non-physical harassment'.

After several tweets, Izu tried to find out who the lady was so he could clear his name as his name was falsefully put in the same list as other men accused of rape.

After several unsuccessful attempts to clear is name, he eventually found the lady who had accused him and he shared the screenshots of their conversations.

He was innocent as she had wanted a serious relationship with him but the feeling between them wasn't mutual.

Many people as reacted to this and demanded justice for Izu. 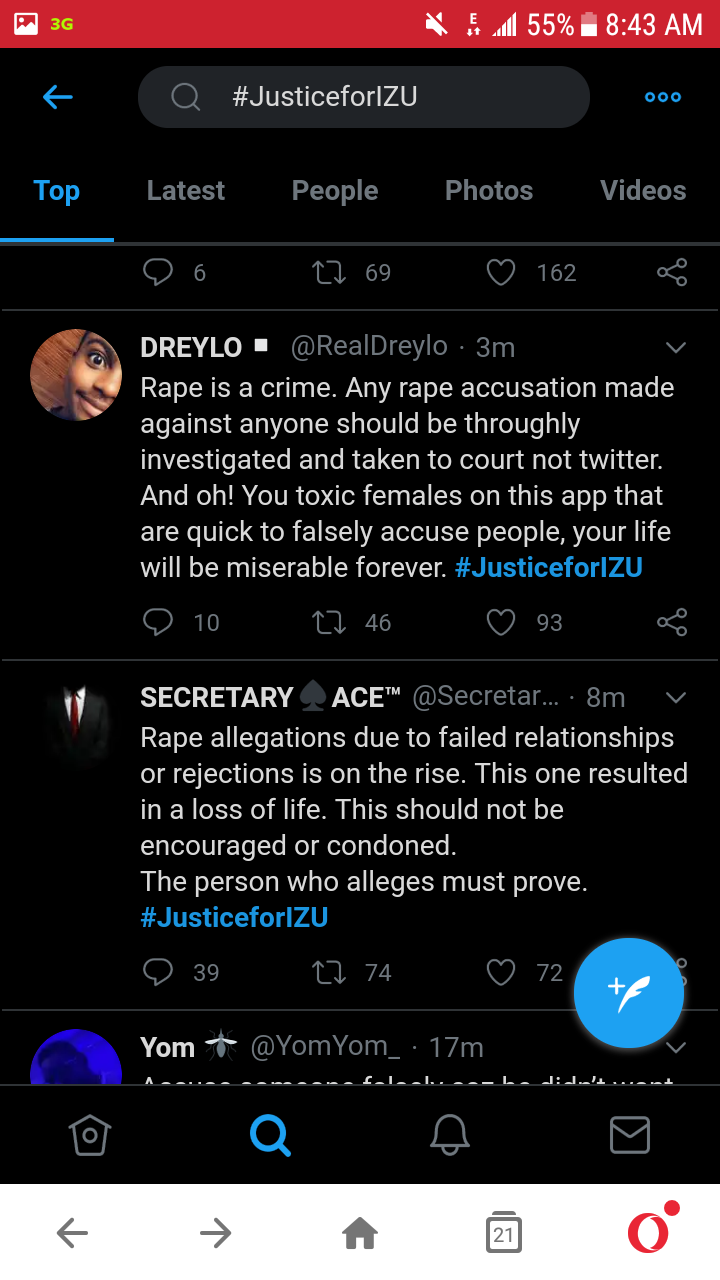 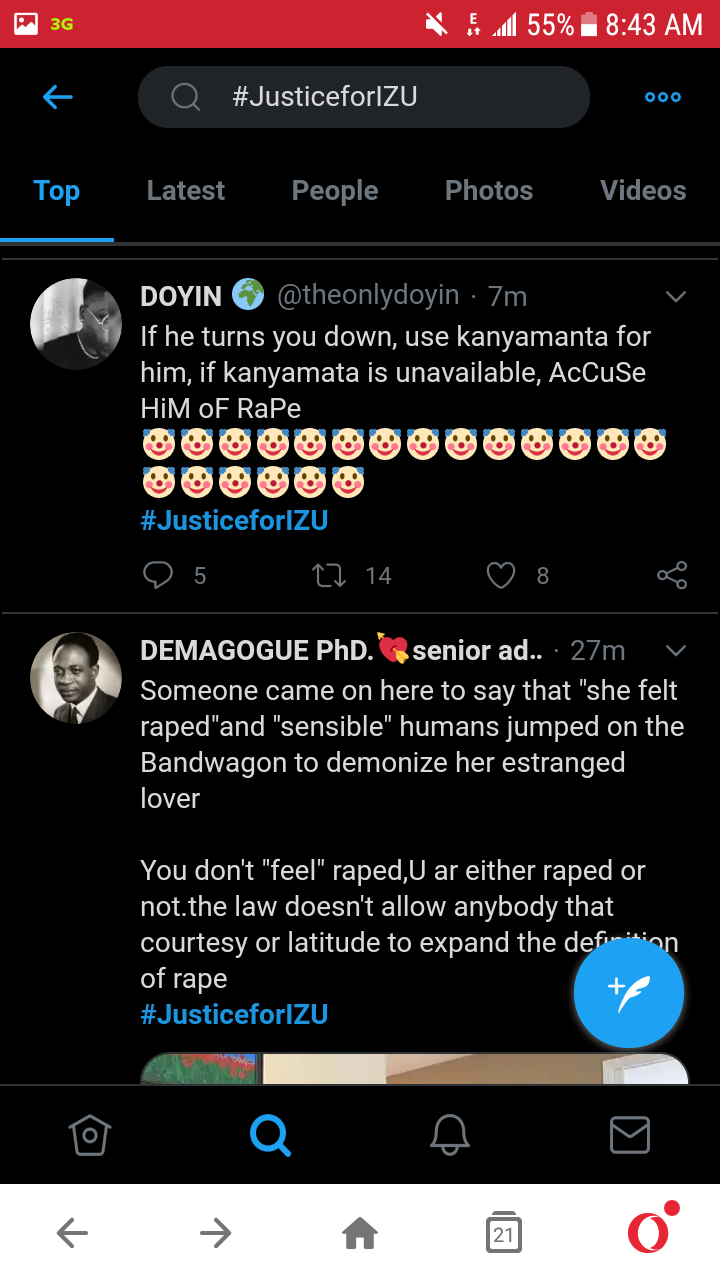