Less Than 1 Week After Retrieving 3 Children; Another RAPIST Was Caught Redhanded In SAKI

By Legalwhistle (self media writer) | 1 year ago

A young man identified as Raheem Adeshina was caught red handed after he had successfully drugged, raped and also shaved the armpit of a 13 year old girl in the Challenge Area of Saki, a town located in the northern part of Oyo State. 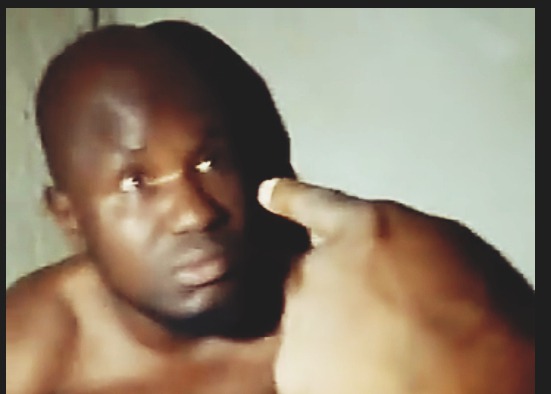 You would recall that few days ago, I reported the retrieval of three children that had been earlier kidnapped in the same town. Thanks to a formidable leadership and effective community policing by the people of the town. The suspect had since been handed over to the Nigerian Police but we are yet to receive any development regarding that. However, I shall keep you abreast of that as things unfold.

While the community has not gotten over the shock occasioned by the abduction of their children, Raheem had decided to another add salt to their unhealed wounds. In the over 3minute video released by our correspondent, Saki First, he confessed to have committed the heinous crime but denied giving the little girl a traditional concoction after she was reported to have been emitting foam from her mouth. 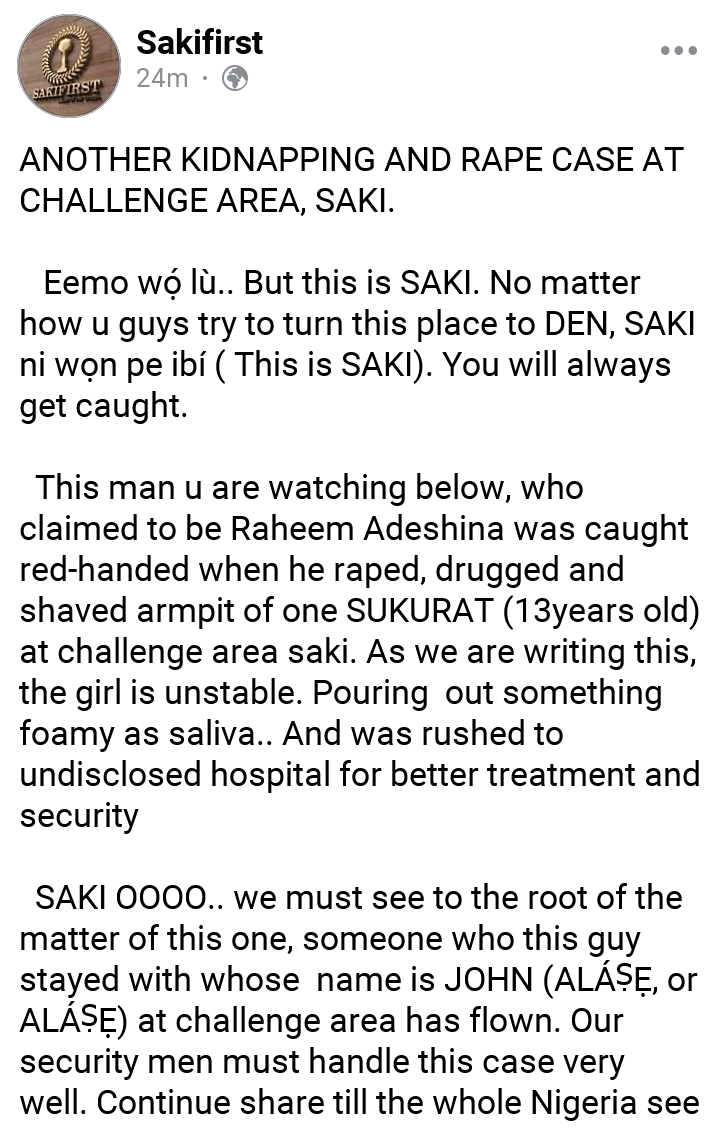 The teenager had immediately been rushed to the nearest hospital for prompt treatment with adequate security. The suspect further revealed that they are three in numbers and their supposed leader is one BABA DAVID (Father of David) ,who is also nicknamed APASE. He was reported to have escaped before people could get to his house. 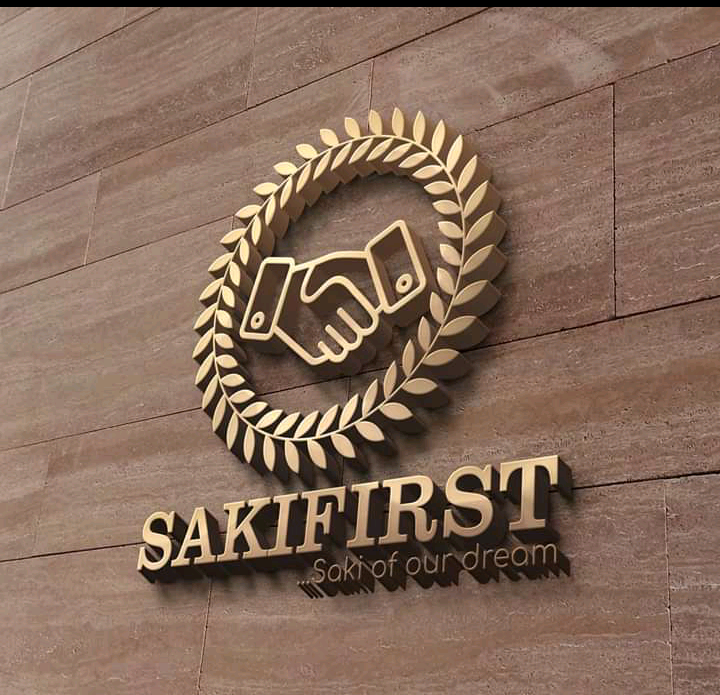 Strangely, the already naked suspect said they employ a trick called "AMOLE" to fascinate their victims. That is, they meet people on the road to pretend as if they have a spiritual message for them, before the unsuspecting victims are tricked to pay any amount of money based on the services rendered.

There was a huge noise from the background while interrogating the suspect in the over 3minute video, which is a reflection of how infuriated some members of the community was, and any attempt to allow them into the room he was being questioned might lead to Jungle justice.

Some people were obviously dissatisfied with leaving the culprits to the Police but as a law-abiding citizen exhibited by the town's leadership, the culprit as expected was handed to the police.

A lot of reactions followed this news by some facebook users as captured below:

Busayo Abidemi: Just cut his testicles and set him free

Saliu Darajat Adekemi: What's the world turning into. The culprit should be handled without mercy 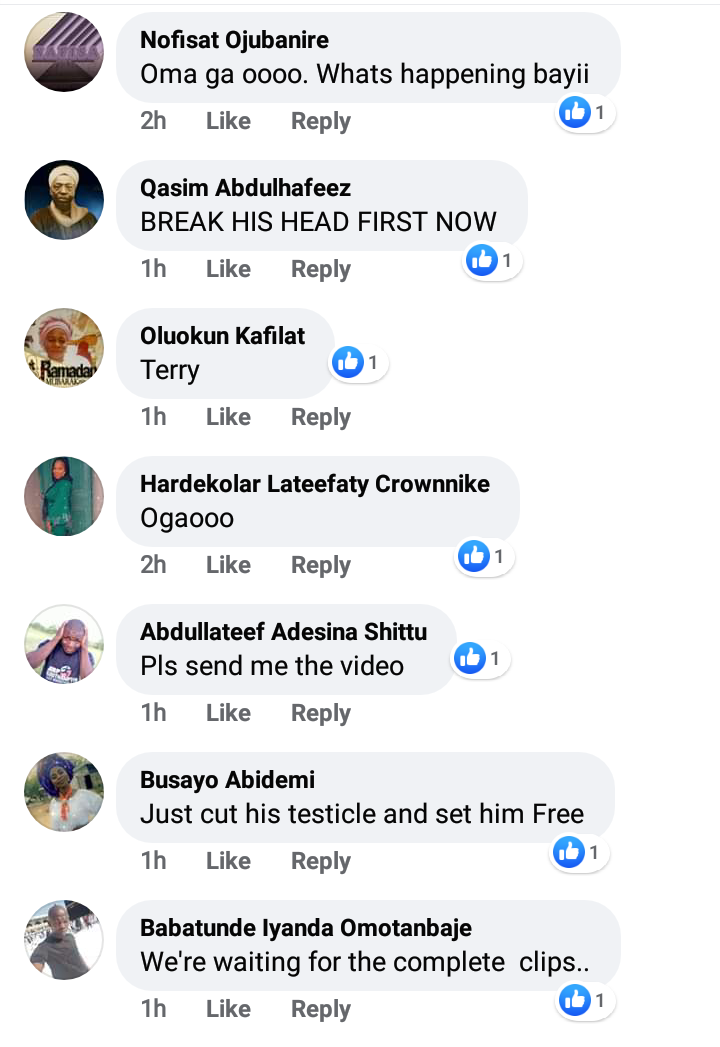 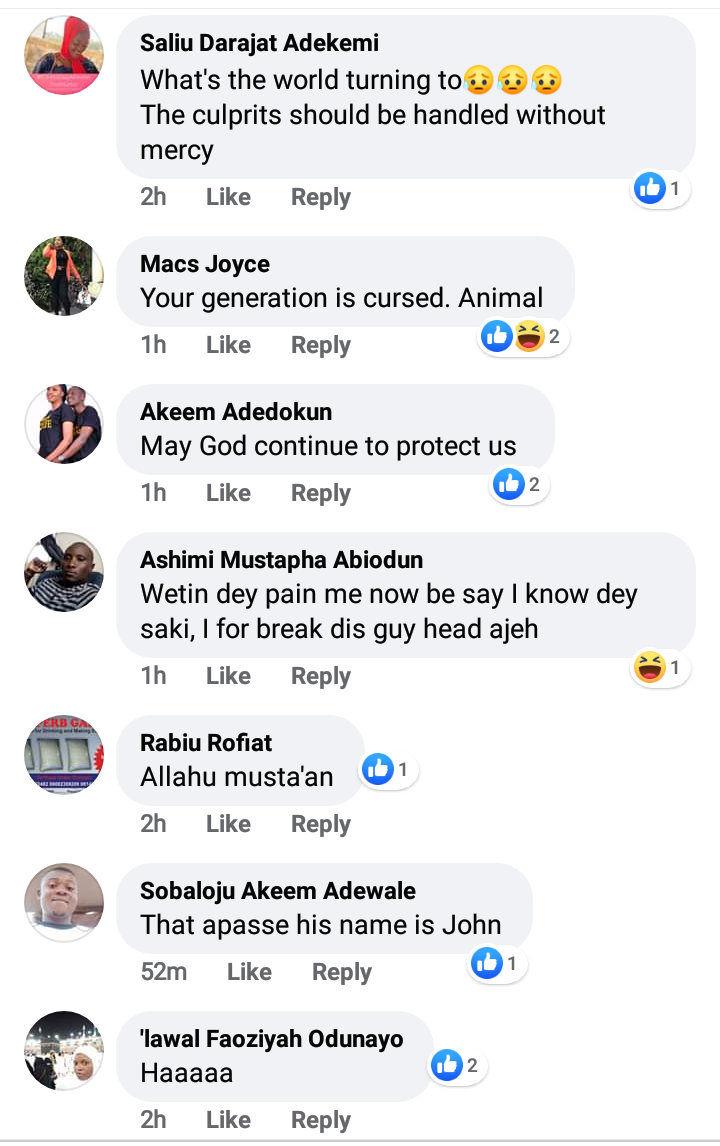 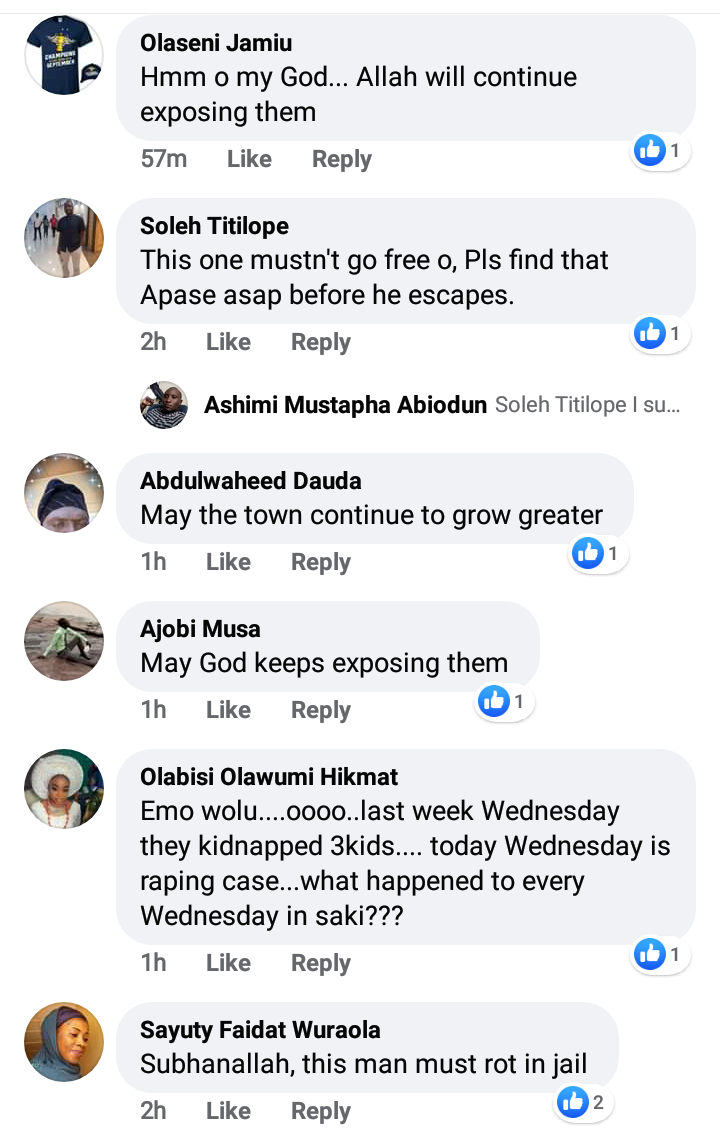 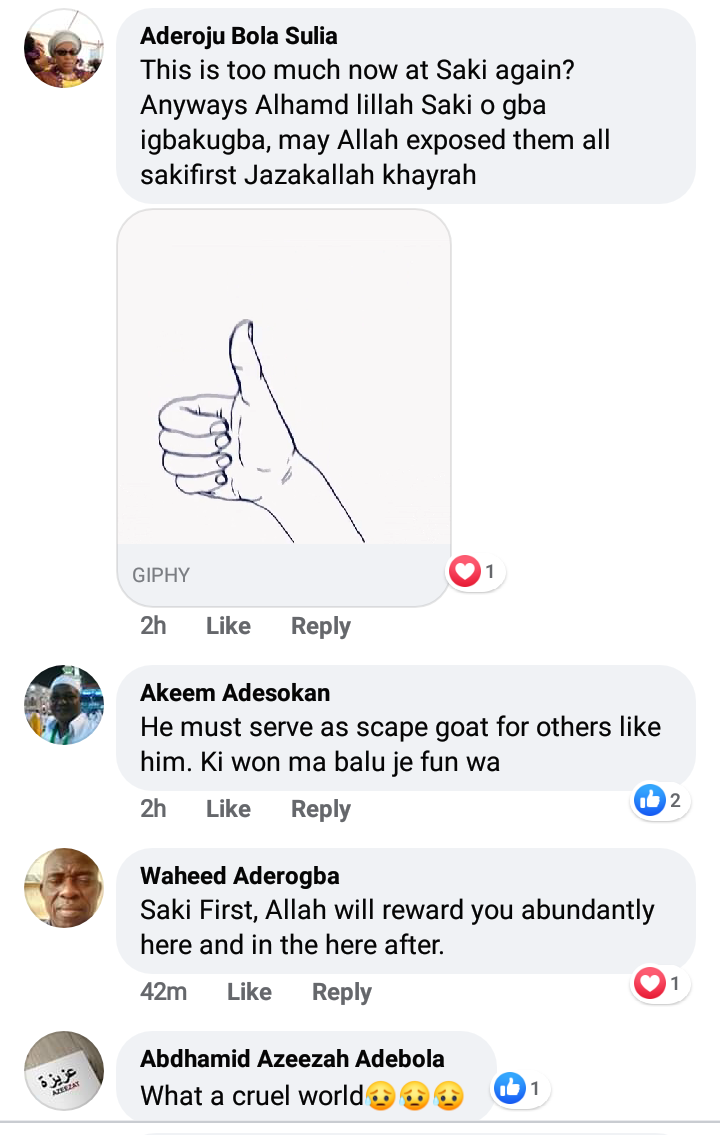 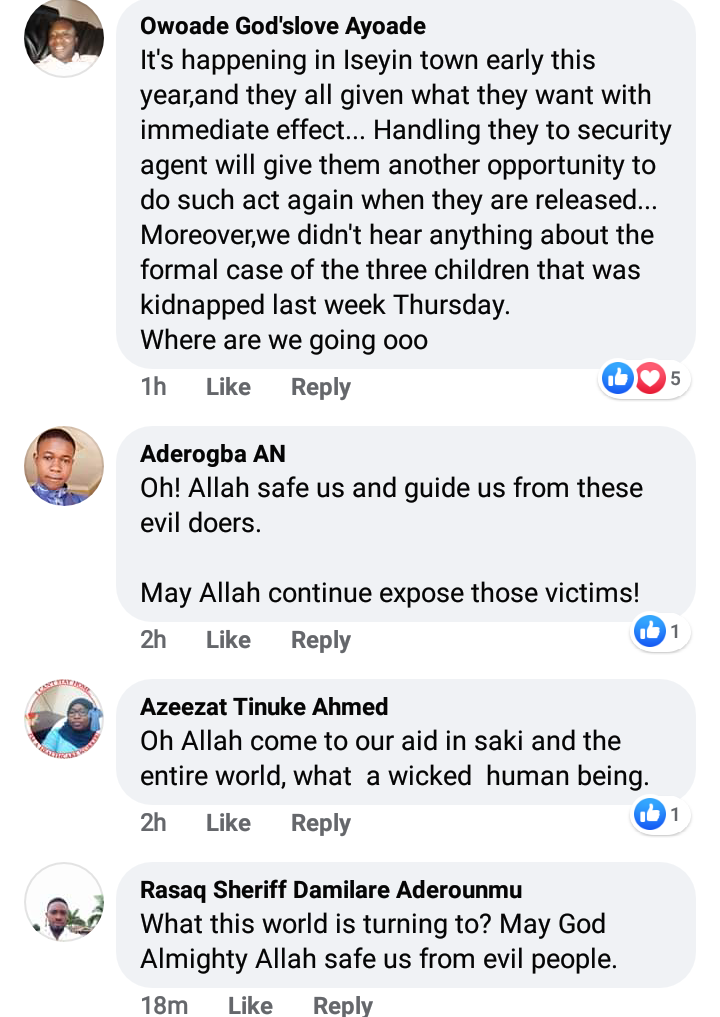 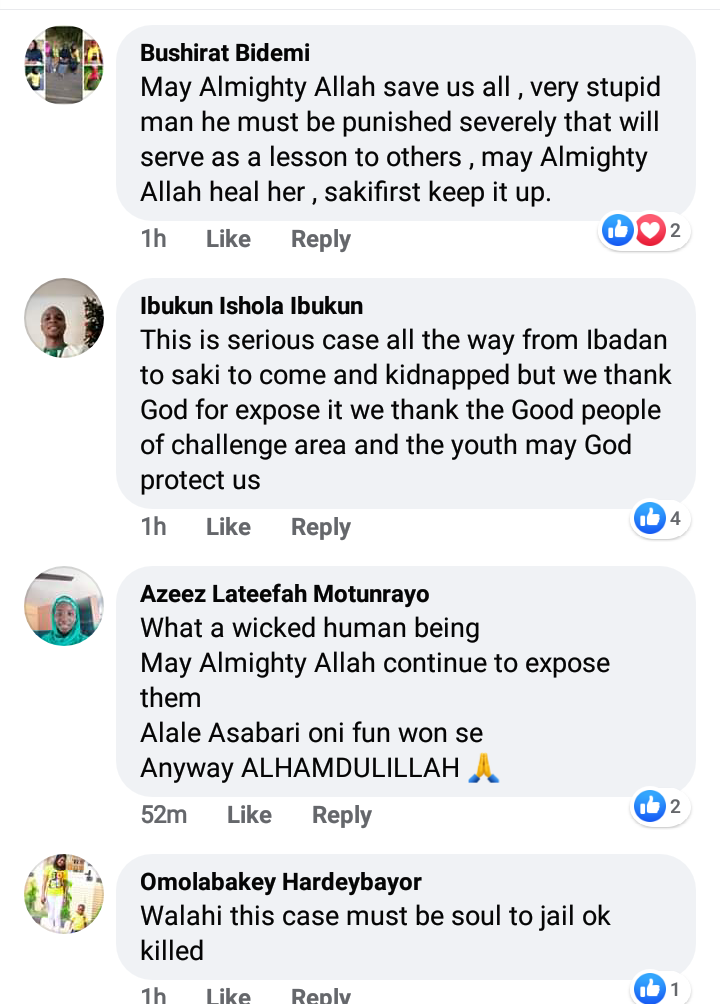 Do you think it is right to submit someone who has been red-handedly caught for rape to the Nigerian Police or do you subscribe to Jungle justice as a way of minimizing crime in our society?