Wonders shall never end: See why this young man was beheaded by his own friend.

By Eburujinews (self media writer) | 2 years ago 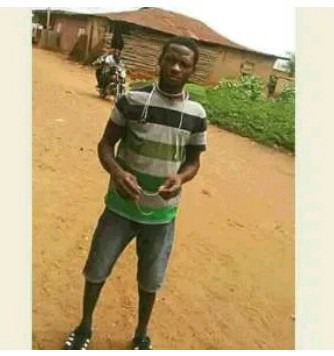 The world maybe is truly coming to an end. Please watch those you tell things about you to. Most times they appear as friends but in real sense they are Wolves in Sheep clothing.

The case of 29 years old Abuchi Wisdom Nwachukwu is a big example of betrayal and conspiracy. If he had known that sharing with his close friend and colleague that he had just recieved, the sum of N13 million from his elder brother who is based in South Africa to complete his house, would lead to his painful death, I believe he would have kept everything to himself.

Abuchi who came from isiala-mbano was beheaded by his friend, Moses Moses during a night shift duty at the table water company where they both worked in Auchi, Edo State. Moses beheaded Abuchi's to avoid him being recognized and then dumped his lifeless body into a bush close to the company. It was then that he took Abuchi's ATM card and Phone and took it to hackers in Auchi who withdrew N2.2 million through POS and then Moses went on to continue withdrawal from various POS in Edo State.

Though Abuchi's lifeless body was found in the bush close to the company, his brother who was worried and not happy with the sudden disappearance of Abuchi wrote a petition to the Inspector General of Police, Adamu Mohammed.

It was then that Adamu, directed operatives of the Intelligence Response Team headed by Deputy Commissioner of Police, Abba Kyari to investigate the matter.

Weeks into their investigation the IRT was able to trace the killing to Moses through the POS transactions he carried out using Abuchi's ATM card. He was then arrested in a hotel where he was hiding.

It was during interrogation that he confessed and led the police to his accomplices, Yusuf Sagiru, Tony Bright, Terence Okechukwu and a b businessman Jahswill Ogbonna who was said to have helped him withdraw N6 million from the account.

According to Vanguard newspaper, the 27 year old suspect who hails from Auchi Edo State, revealed that his friends Ghost has been haunting him.

For more insightful and revealing contents, follow me on Opera News App.

Content created and supplied by: Eburujinews (via Opera News )