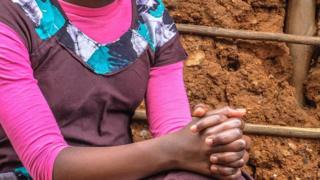 Father of a teenage girl has been arrested on Wednesday for killing his biological daughter after she became pregnant for an unknown person. The father confessed that he was trying to preserve the honour of his family since no female in his family line got pregnant outside wedlock.

This incident happened in a community in Indian Northeast of Uttarakhand state. The victim who is only 17 years old lives with her grandparents in Mantoli village. Her grandmother revealed that she noticed the sudden withdrawal in her granddaughter who was an outspoken type. She also discovered that she is showing some symptoms of pregnancy.

She called her father and informed him of his daughter's Pregnancy. The man went to the house and was so angry with her as he said this will bring shame to his family's reputation. He left the house that evening and came back around 5:00am of Wednesday where he strangled the girl to death.

In the morning time, the man called out to neighbours that his daughter have killed herself during the midnight. The police department in the area launched an investigation on the matter and found his finger prints in the room. After severre interrogation, he confessed that he killed her. He is under police custody till the time he will be judge