We all know that the rate of crime and mysterious things happening in Nigeria is increasing by the day, just recently, A 32-year-old man committed suicide at his family residence which is located in Lawanson, Surulere area of Lagos State. 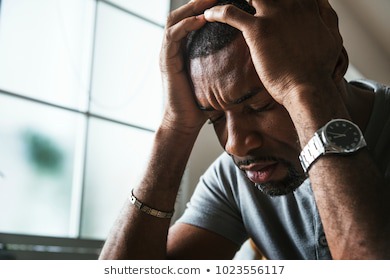 This image is a shutterstock photo which is used for illustrative purposes only.

According to the PUNCH, the young man who is identified as Aboh Ogbeche, reportedly drank bleach, even as sources stated that there was nothing to indicate that he was planning to take his own life.

It was also revealed that, the young man poured the liquid into a cup and drank it in front of his mother and immediately began to convulse.

PUNCH reports that, a close friend of the deceased said the mother, who expressed shock from the incident, raised the alarm and Aboh was immediately rushed to a nearby hospital, where he was pronounced dead.

A source, who didn't want his name mentioned, said, the late Aboh who is from Cross River State was a very jovial person and nobody expected that he could think of taking his own life. He also added that, Aboh was rushed to Aishat Hospital in Idi Araba but he couldn't make.

Most of Aboh’s friends, took to social media to express shock and also share their views about the incident.

One of his friends, who is identified as AirsTee Martins, advised young people who were going through a rough time to always speak up rather than taking their own life.

Another friend, Gulf Limmer, revealed that he chatted with Aboh three weeks ago.

It is very sad that things like this get to happen to young people in our society today.

What do you think about this incident? Let us know what you think.

Share with your friends on various social media platforms.