By Ibromexico (self media writer) | 1 year ago

The photo of a 23-year-old Lady simply known as Sherifat Suleiman, at Isawo Agric, Ikorodu, Lagos State, currently trending on Social Media, as she allegedly committed suicide over alleged abuse from her elder brother. 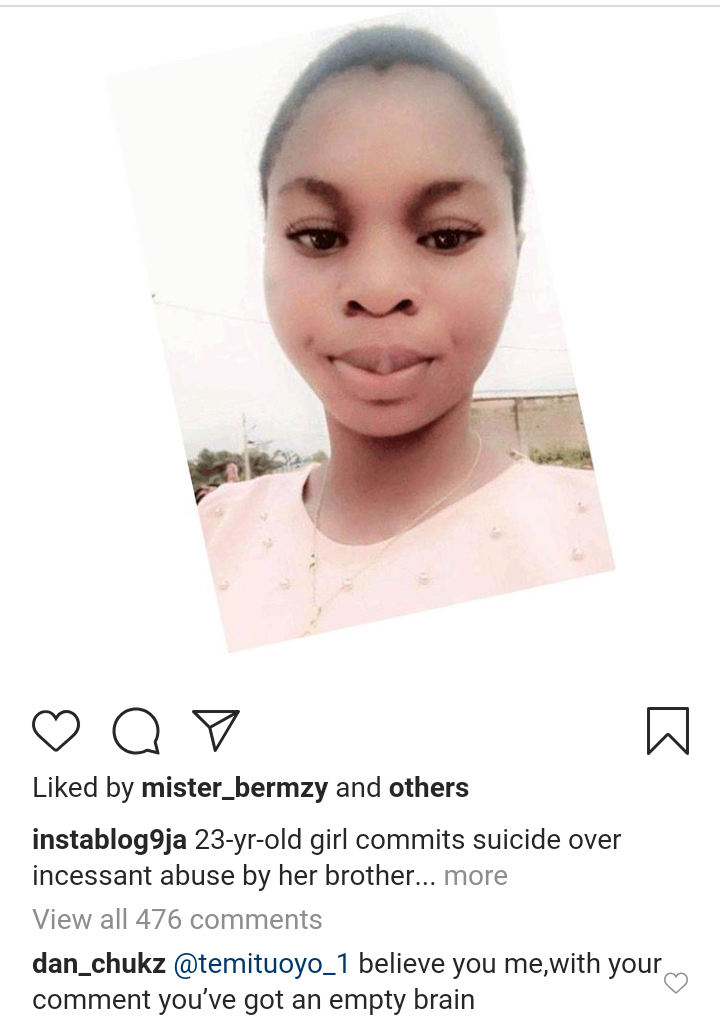 According to report, Sherifat was said to have killed herself, after efforts to ensure her elder brother stopped his incessant molestation, that proved abortive in Ikorodu-West Local Council Development Area (LCDA), as she was described as gentle by neighbours, before she consumed a substance believed to be an insecticide after she was beaten by her brother.

Although, information also revealed that, she was among the student, who were preparing for the West African Senior School Certificate Examination, before she started living with her brother after the death of their father, while discovered writhing in pains by residents, and was rushed to the hospital for treatment, after visible marks of assaults on the right thigh, before she was reported died, a few minutes before she was rushed to the hospital.

The case of Sherifa has created a lot of argumentation on online, where one of the users said, she don't know that, domestic violence among siblings still existing in Nigeria, adding that, she is really confused as the lady was abused by biological brother.

Content created and supplied by: Ibromexico (via Opera News )