Did You Remember Adegboyega Adenekan, Who Defiles A 2 Year Old Girl. He Has Been Sentenced To Prison

By Reippblog.com.ng (self media writer) | 1 year ago 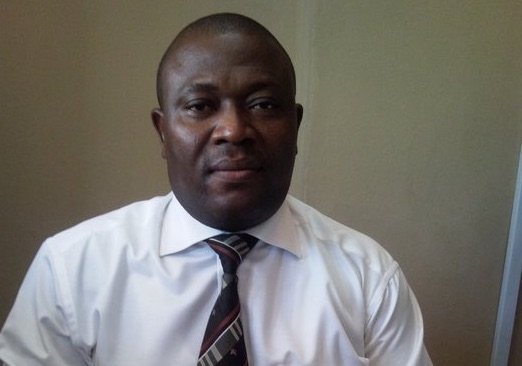 Adegboyega Adenekan is an ex-Supervisor of Chrisland School in Victoria Garden City(VGC). Adenekan was accused of defiling a 2years and 11 month old pupil sometime in November 2016 within the premise of Chrisland. He defiled the little girl by having sexual intercourse with her.

How can a grown up man finds a little girl sexually attractive to the extent of having a sexual intercourse with her. I believe men like this don't belong to a civilized society. Their freedom reck a lot of havoc within the society they lives. Their freedom possess a danger to the sanity of the world at large.

Adenekan was arraigned before an Ikeja Sexual Offences and Domestic Violence Court on Jan. 29, 2018 and had plead not guilty to a charge of defilement.

It was reported that Justice Sybil Nwaka had on Oct. 24, 2019 convicted and sentenced Adenekan to 60 years imprisonment for defiling the pupil of Chrisland school.

While pronouncing the judgment, Justice Nwaka declared that Adenekan through his misconduct has abused the trust of children placed in his care and the trust of their parents who entrusted him with the safety of their children.

He is more like a shepherd who transformed into a wolf and devouring the sheep who looks up to him for safety.

The Judge said “This defendant is conscienceless, wicked, an animal and is not fit to walk the streets. I hereby sentence Adegboyega Adenekan to 60-years in prison this is the sentence of the court”

Eventually on Monday, 27th of July 2020, a Court of Appeal sitting in Lagos upheld the 60-year sentence for Adegboyega Adenekan for defiling the two-year and 11-month old girl while in school.

Delivering judgment in the appeal, the three-member panel led by Justice Mohammad Garba unanimously affirmed the judgment of the lower court and held that Adenekan’s appeal lacked merit.

The girl who was defiled also gave her statement in the court. Below is what she said

“He put his mouth in my wee-wee, the first time he did that, he took me out of the class, the second time, I ran.

“I tried to report to my teacher but my teacher did not believe me, so I reported to my mummy.

The wee-wee means sexual organs. I think every parent should pick one or more from this experience. Encourage your children to speak their mind or express themselves. Be the best friend to your children so you can know everything going on in their lives before it's too late.

However, the good news is justice is serve, hopefully this will serve as a good example for other pedophiles. Don't destroy a girl child's life just because of your uncontrollable sexual urges.

Adenekan will be spending his next 60 years in prison meanwhile he is presently in his thirties. What do you think of this court judgement. Is it okay or too much or do you think it's not good enough?

Kindly drop your opinion because I like to know what you think about this judgment and share so people can learn from this..