See The Face Of Tolulope Arotile's Classmate Who Killed Her Mistakenly

By TSBMedia (self media writer) | 2 years ago 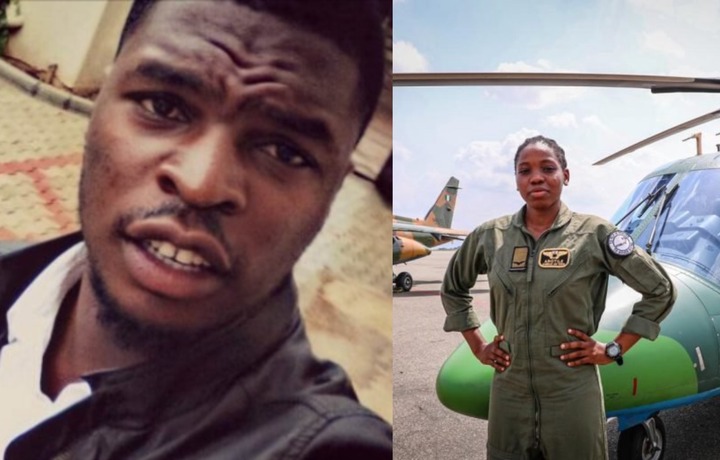 The Nigerian Air Force (NAF) has revealed the face of Tolulope Arotile's classmate who killed her mistakenly with his car. It was revealed that he had no drivers' license.

His name is Nehemiah Adejoh and he and two other civilians were at the Nigerian Air Force base in Kaduna to visit the wife of a squadron leader.

According to the statement,

The Late Tolulope Arotile had completed her her Promotion Examinations, was in Kaduna awaiting deployment for her next assignment and during the period, she lived with her elder sister in Kaduna.

On the 14th of July she received a call from her colleague to come over so they could discuss their redeployment and she also placed a call same day to her Squadron leader hours before her death.

She was later dropped off by her elder sister at Base Mammy Market at about 4.00pm, where she proceeded to photocopy and laminate some documents on her way back from mammy market at about 4.30pm that her former classmates saw her and wanted to say hello and quickly reversed the car which hit Tolulope from behind and she hit her head on the pavement.

She was rushed to the  461 NAF Hospital Kaduna and was pronounced dead at 4.45pm. The former classmates and his friends were immediately detained at the Air Provost Wing. Investigation is still ongoing.

Do you think the ex-classmates should be prosecuted?

Content created and supplied by: TSBMedia (via Opera News )